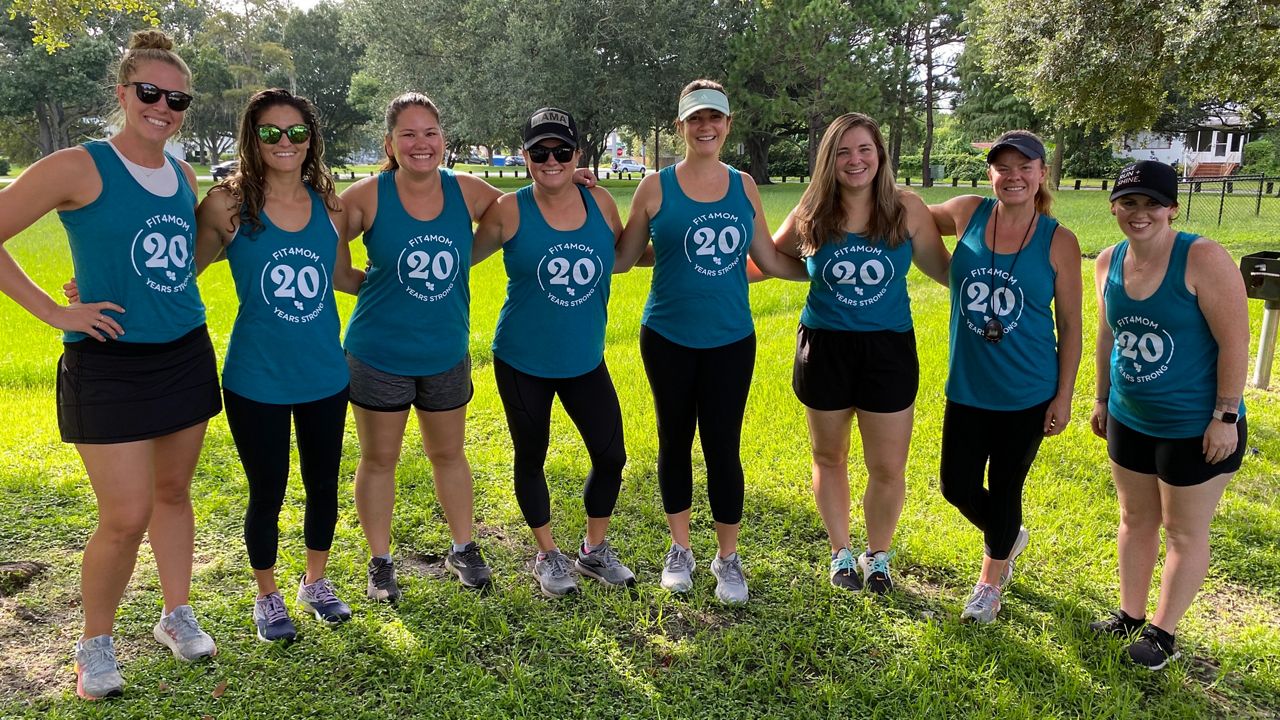 For 20 years, the national fitness organization FIT4MOM has helped moms and babies reach their goals.

In the Bay Area, moms are celebrating that empowerment from pregnancy to postpartum and beyond.

She is the owner of Fit4MOM Tampa Bay.

While the national organization turns 20, Regina has been running hers locally for 10 years.

“Fit4MOM is a huge part of my motherhood journey,” she said, explaining that it's all about sharing love and support during every workout along the way.

“So, when I was in college at USF, I came to Tampa for school, and I got pregnant with my first son. And once I graduated, he was about 18 months, and this was just a natural path for me to go into,” Hord said.

She was always business-minded, but having a toddler before graduating college wasn’t something she expected.

Fit4MOM helped her find her place, and now she’s inspiring other moms to get involved.

Every Fit4MOM group across the country is doing the same workout for the organization's 20th birthday. Strollers, music and workouts have changed over the past two decades — but the support stays the same.

“It’s been a support system, it’s been a mama break, and it’s also been a whole network of friends for my kids as well,” said Laci Bellora, the owner of FIt4MOM Fishhawk.

“We’re all the same but different. if that makes sense. We are collectively in this motherhood rollercoaster, and nothing is weird or crazy,” Seaton said.

For Regina, it’s been a decade of learning, from the business side to life changes.

“Building community is just a win-win and the exercise is just the bonus,” she said.