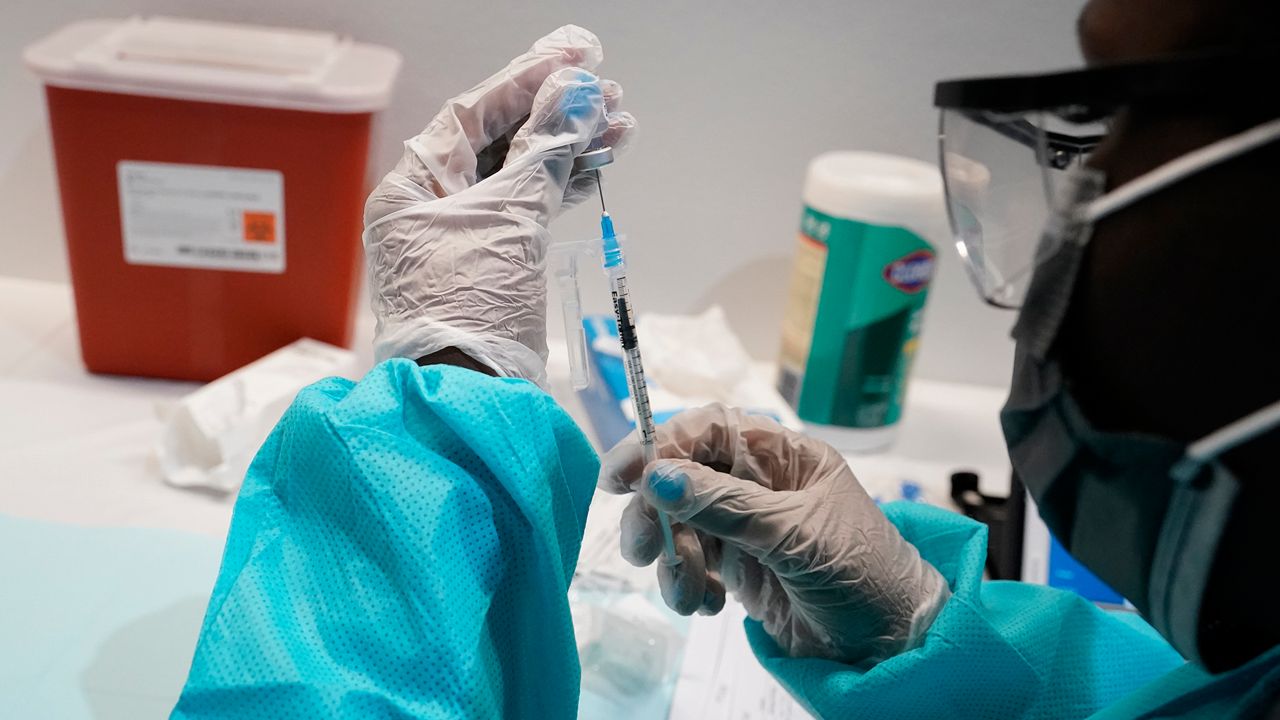 The U.S. Food and Drug Administration (FDA) has granted full approval to the Pfizer-BioNTech COVID-19 vaccine for Americans 16 years of age and older, the first coronavirus vaccine to receive such clearance from federal regulators.

The move is seen as a significant one, as it could both increase public confidence about the COVID-19 vaccines, particularly for those who have expressed hesitancy, as well as clear the way for further vaccine mandates.

"While this and other vaccines have met the FDA’s rigorous, scientific standards for emergency use authorization, as the first FDA-approved COVID-19 vaccine, the public can be very confident that this vaccine meets the high standards for safety, effectiveness, and manufacturing quality the FDA requires of an approved product," acting FDA Commissioner Janet Woodcock wrote in a statement.

Today, FDA approved the first COVID-19 vaccine for the prevention of #COVID19 disease in individuals 16 years of age and older. https://t.co/iOqsxXV1fj

According to the Centers for Disease Control and Prevention (CDC), more than 204 million Pfizer-BioNTech vaccine doses have been administered nationwide since it received emergency use authorization (EUA) from the FDA in December, the first to receive that designation. Over 92 million Americans have been fully vaccinated with the two-dose mRNA vaccines.

"While millions of people have already safely received COVID-19 vaccines, we recognize that for some, the FDA approval of a vaccine may now instill additional confidence to get vaccinated," Woodcock added. "Today’s milestone puts us one step closer to altering the course of this pandemic in the U.S."

Americans ages 12-15 are still able to receive the Pfizer COVID vaccine under the existing EUA, the FDA noted.

In a speech from the White House on Monday, President Joe Biden urged those Americans who have expressed reservations about getting vaccinated because the shots had not been fully approved to roll up their sleeves.

“It has now happened,” he said. “The moment you've been waiting for is here. It's time for you to go get your vaccination and get it today.”

Biden said that Woodcock, who has served in Republican and Democratic administrations, ensured that the FDA followed the science by examining “mountains” of data.

“The pandemic of the unvaccinated is a tragedy that is preventable,” the president said. “People are dying and will die who don't have to. So please, please, if you haven't gotten vaccinated, do it now. It could save your life and the lives of those you love.”

In a statement, Pfizer CEO Albert Bourla said that he hopes this move "will help increase confidence in our vaccine, as vaccination remains the best tool we have to help protect lives."

The move comes at a critical time for the United States' battle against the virus, which is being bolstered by the highly contagious delta variant.

U.S. vaccinations bottomed out in July. As delta fills hospital beds, shots are on the rise again — with a million a day given Thursday, Friday and Saturday. Just over half of the U.S. population is fully vaccinated with either the Pfizer-BioNTech shot, fellow two-dose mRNA vaccine Moderna or the single-shot Johnson & Johnson jab, according to the CDC.

More than 200 million Americans received at least one dose of the vaccine, the White House announced last week, a key milestone.

At the federal level, Biden mandated that federal employees attest to their vaccination status or abide by strict masking and social distancing requirements, and will require nursing home staff to get vaccinated or risk facilities losing federal Medicare and Medicaid funding. The Departments of Health and Human Services and Veterans' Affairs also announced vaccine mandates for tens of thousands of workers.

Biden called on more companies to require their employees to be vaccinated.

“Vaccination requirements have been around for decades,” Biden said. “Students, health care professionals, our troops are typically required to receive vaccinations to prevent everything from polio, to smallpox, measles, mumps, rubella. … It only makes sense to require a vaccine to stop the spread of COVID-19.

Following the FDA announcement, the Pentagon announced that it is moving toward requiring all service members be vaccinated against COVID-19, and a timeline for vaccination completion will be provided in the coming days.

A recent poll found that the majority of Americans support these efforts: Nearly six in 10 Americans favor vaccine mandates for things like air travel, crowded public events, and for health workers and members of the military.

The FDA, like regulators in Europe and much of the world, initially allowed emergency use of Pfizer’s vaccine based on a study that tracked 44,000 people 16 and older for at least two months — the time period when serious side effects typically arise.

That’s shorter than the six months of safety data normally required for full approval. So Pfizer kept that study going, and the FDA also examined real-world safety evidence in deciding to fully license the vaccine for people 16 and older, those studied the longest. Pfizer’s shot still has emergency authorization for 12- to 15-year-olds.

Even after hundreds of millions of shots, serious side effects — such as chest pain and heart inflammation in teens and young adults — remain exceedingly rare, the FDA said.

As for effectiveness, six-month tracking of Pfizer’s original study showed the vaccine remained 97% protective against severe COVID-19. Protection against milder infection waned slightly, from a peak of 96% two months after the second dose to 84% by six months.

Those data came before the extra-contagious delta variant began spreading, but other data from the CDC show the vaccine is still doing a good job preventing severe disease caused by the variant.

Notably, the FDA approval does not cover booster shots, which the agency will decide separately.

Earlier this month, the FDA and CDC backed an additional dose of the Pfizer-BioNTech or Moderna COVID-19 vaccines for immunocompromised Americans.

"At a time when the Delta variant is surging, an additional vaccine dose for some people with weakened immune systems could help prevent serious and possibly life-threatening COVID-19 cases within this population," CDC Director Dr. Rochelle Walensky said in a statement, citing data which suggests "some people with moderately to severely compromised immune systems" do not build the same level of immunity to the virus.

"While people who are immunocompromised make up about 3% of the U.S. adult population, they are especially vulnerable to COVID-19 because they are more at risk of serious, prolonged illness," she added.

Last week, the Biden administration announced plans to offer Americans COVID-19 booster shots beginning the week of Sept. 20, eight months after their second dose of the Pfizer or Moderna vaccines, pending approval from the FDA and CDC.

“Having reviewed the most current data, it is now our clinical judgment that the time to lay out a plan for COVID-19 boosters is now,” Surgeon General Vivek Murthy said in a briefing Wednesday.

“Recent data makes it clear that protection against mild and moderate disease has decreased over time. This is likely due to both the waning immunity and the strength of the widespread delta variant,” Murthy added.

The boosters are expected for Americans 18 and older, officials said, and they will first go to people vaccinated earliest in the process, such as in December or January.

“This will boost your immune response, increase your protection from COVID-19, and is the best way to protect ourselves from new variants that could arise,” Biden said of the booster shots in a speech from the White House on Wednesday evening.

Hours after last week’s announcement, Biden told ABC News in an exclusive interview that he and first lady Jill Biden will get a booster shot, noting that they were some of the earliest people to get vaccinated.

"We're gonna get the booster shots," Biden said, adding: "We got our shots all the way back in, I think, December, so it's past time."

Biden went on to say that the administration has been preparing for the possibility of booster shots for several months, assuring listeners there is enough stockpile of both the Moderna and Pfizer vaccines in order for every eligible adult American to get their third dose.

But the plan has received pushback from advocates who have criticized the U.S. for offering third doses to its citizens when some countries have not gotten the vaccines yet. The head of the World Health Organization on Monday called for a two-month moratorium on administering booster shots