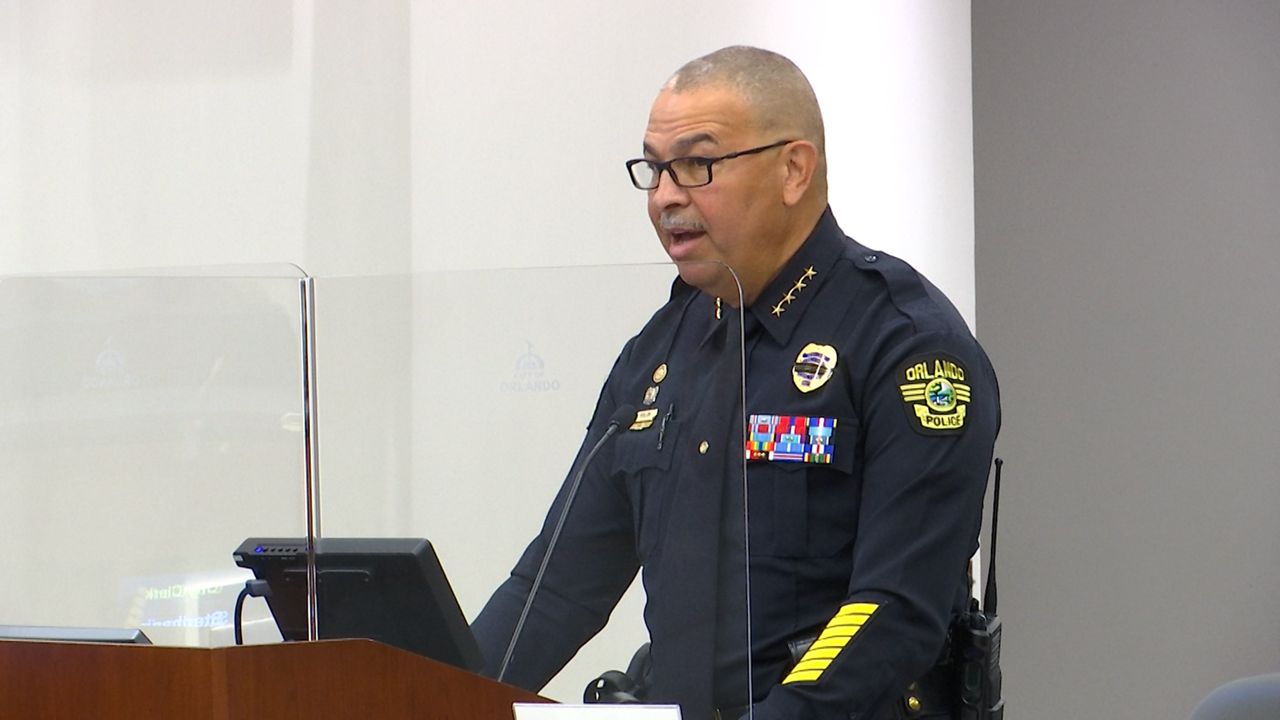 ORLANDO, Fla. — The City of Orlando’s police department lacks the data required to determine whether systemic inequities and racism pervade the department, according to an independent report completed over the past nine months by The Bowman Group.


“If we want to change behavior, we have to understand what’s happening,” said Dr. Theron Bowman, who leads the police consultant organization. “And in many cases, it’s very difficult to understand what’s actually happening in terms of the profile of the people who are being stopped, searched and arrested because the data just isn’t there.”

Bowman and other consultants shared their findings with city commissioners at a public workshop held Monday morning, emphasizing that while there’s room for improvement, OPD is already doing certain things well.

Consultants praised the department’s open data initiative, which permits members of the public to create data visualizations about topics like officer-involved shootings and domestic disturbances.

And based on conversations with community members, Bowman said it’s clear community perception of the police has improved in recent years under Orlando Police Chief Orlando Rolón.

But the 207-page, $800,000 report commissioned by the city failed to address one major question leaders hoped it would answer: whether systemic racism influences officers’ treatment of community members during traffic stops. The Bowman Group’s report found that OPD fails to collect appropriate data regarding stops, searches and arrests.

Currently, OPD’s traffic stop data doesn’t distinguish between drivers and passengers, so it’s impossible to confirm who within a given vehicle was searched or arrested. OPD’s data also doesn’t include stop times or reasons for traffic stops, according to the report.

“The system does not mirror best practices of other outside organizations analyzing and understanding traffic-stop activity conducted by officers, nor whether there are disparities in traffic-stop outcomes for certain populations,” the report indicates.

There is no specific database for traffic stops currently maintained by the OPD. Rather, the department collates traffic stops as part of all police activity in its computer-aided dispatch and records management systems (CAD/RMS).

The city commissioned the report last fall, following widespread outrage about police’s excessive use of force that erupted in social justice protests held across the nation last summer.  In Orlando, thousands marched to protest the brutal murder of George Floyd.

District 5 Commissioner Regina Hill expressed frustration that the city paid for a report that couldn’t sufficiently address the problem it originally set out to study.

Bowman maintained that while normally The Bowman Group focuses more on racial equity, OPD’s current data couldn’t support any objective conclusion about race relations within the department. He emphasized that one of the group’s major recommendations for OPD is to modernize and improve its systems for data collection and analysis.

“It would be unfair to the OPD for us to say, you're doing this, when we cannot substantiate it with the data,'' Bowman said.

Antoinette Giles, a member of the Citizens’ Police Review Board, described the lack of data specificity for traffic stops and other police interactions as “alarming to hear,” but said she’s confident OPD will move to resolve the problem, now that it’s been identified.

“All my interactions with [OPD] … are very positive,” Giles said. “I think Chief Rolón and all his leadership staff, down to the individual officers, have been very transparent through this process and open to participation.”

“I have no doubt that it’ll be the same with this process, and then even on a greater scale because the whole community’s watching,” Giles said.

For his part, Rolón said he fully accepts and appreciates the report’s findings, adding that while it will take “some heavy lifting” to achieve the report’s top 16 recommendations for OPD, he’s fully committed to making them happen.

“I was very skeptical before we went into this journey, and I will tell you that I 100% embrace the outcome of this process,” Rolón said.

Bowman said the city was proactive in seeking this type of insight from his team of consultants, in a moment when many police departments across the country are re-examining their policies on race relations and equity.

“Really, what it boils down to is finding ways to help an already good police department improve,” Bowman said.

16 goals for Orlando Police, based on Bowman Group's independent review