ST. PETERSBURG, Fla. — Thursday, August 26 is National Dog Day — as if the K9s, floofs and good bois of America don’t get enough love all year ‘round.

They certainly do in St. Petersburg, where on any given day street strollers and errand runners can find dogs cooling off inside breweries, lounging under outdoor bistro tables or even browsing the aisles in a local retail store.


Companies across the ‘Burg have adopted enjoyably permissive attitudes toward residents’ four-legged family members. In fact, some have gone so far as to become certified through the Mayor’s Pet-Friendly Business Program, which is just one part of the St. Pete PAWS initiative aimed at not only informing the public of the responsibilities and benefits of pet ownership but also making the Sunshine City one of the nation’s best municipalities for domesticated animals.

“[Corporation] Mars Petcare had a booth set up promoting its Better Cities for Pets program, and he said ‘Sign us up!’” says Karen Bartoszek who, in addition to running her own consulting firm Pet Friendly Works, is St. Pete PAWS’s project manager.

St. Petersburg became the first town certified by Better Cities for Pets, and in June Kriseman issued a proclamation officially declaring it a Pet Friendly City.

“Now we’ve grown it into a public-private partnership with 33 businesses, known as the St. Pete PAWS Collective,” Bartoszek says.

The initiative’s efforts and inclusion and outreach have seen it expand to encompass four subcommittees overseeing efforts in four distinct areas. The newest category, Health, focuses on “the positive health impact pets can make on people and the community.” Parks concerns itself with teaching responsible ownership through endeavors like maintaining dog parks and providing waste bags at various locations, while Housing aims to “advance equitable, restriction-free pet-friendly housing.”

It’s the Business arm of St. Pete PAWS, though, that has local companies upping the ante when it comes to welcoming pups to their property. Interested parties can become certified as a Mayor’s Pet-Friendly Business by filling out an application that outlines requirements like adequate insurance coverage, prominently displayed pet guidelines and cleanliness standards, among others.

“It’s for businesses that are taking ‘pet-friendly’ to the next level,” says Bartoszek.

Central Avenue’s Grand Central Brewhouse, which opened its doors last November and boasts plenty of outdoor and indoor space for pooches, is one of the newest of the 18 St. Pete businesses currently certified. 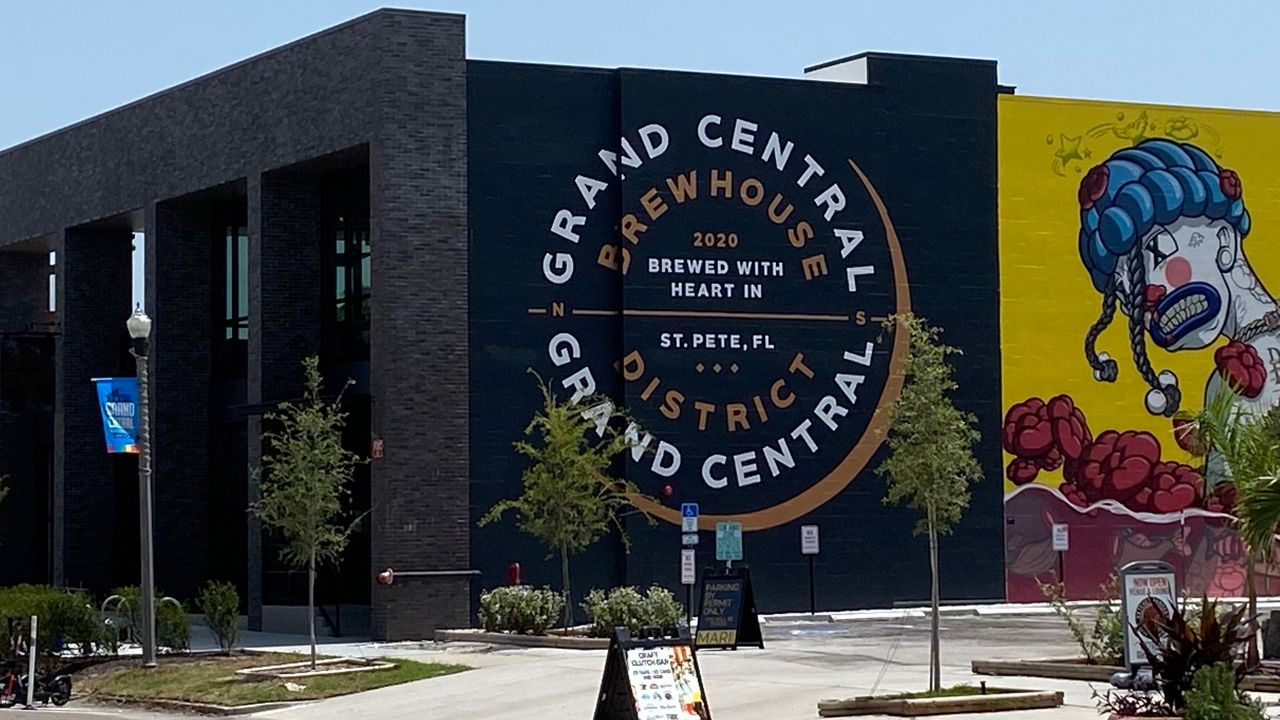 “I definitely am a dog lover myself,” says Kevin Milkey, Grand Central’s founder and president. “My dog Lucy is a Shiba Inu, she’s at the brewery quite a bit. When I designed the brewery I did want to have an expansive outdoor space, we have a large traditional beer garden for people to enjoy the outside air but also bring their dogs. The dogs are allowed inside as well, they can go anywhere on the property — when it’s hot they love to come inside and lie on the polished concrete floor.”

When Milkey heard about the St. Pete PAWS initiative, he knew it would be a great way to let potential customers know how committed the Brewhouse was to providing a great space for their pets.

“We went through all the protocols to get approved,” he says. “St. Pete is incredibly dog-friendly… It’s a great initiative.”

“Every single employee has a dog or cat,” says Grand Central Brewhouse General Manager Matt O’Connell. “And with St. Pete being as dog-friendly as it is, we also want to be part of that and be inclusive. Why not join in with that culture? We just want to be part of the community.”

If you’re looking to bring your well-behaved canine best friend out to celebrate this National Dog Day, the city has a handy online map featuring the Mayor’s Pet-Friendly Businesses as well as accommodating restaurants, dog parks and other services.