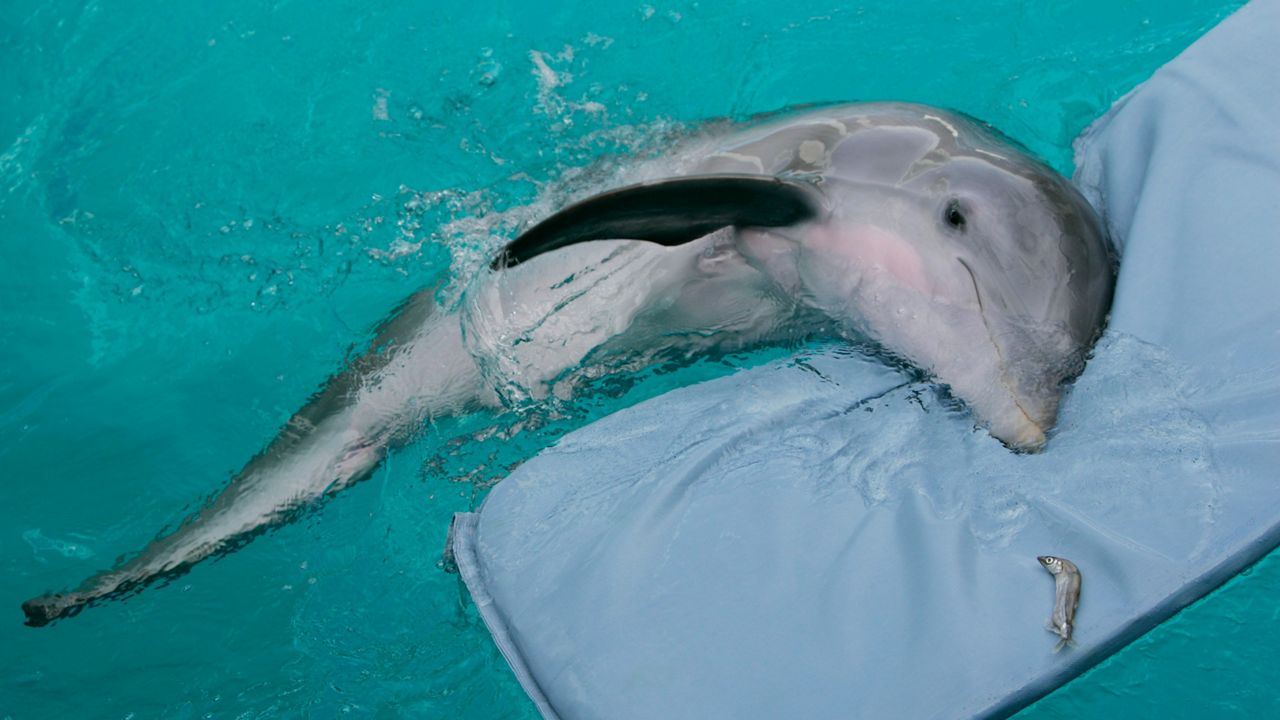 CLEARWATER, Fla. — “Dolphin Tale,” the film that made Winter the Dolphin famous, is now turning 10!

The movie, released in September 2011, was filmed at the Clearwater Marine Aquarium. It tells the incredible story of Winter's rescue from a crab trap that cost the dolphin her tail and dramatizes the detemination of caregivers to get her fitted with a prosthetic one.

After all, she helped pay for them.

“A lot has changed at our facility,” said Kelsy Long, director of media relations at CMA. “In fact, it’s the Dolphin Tale movies that allowed us to build a brand-new extension for our guests to enjoy.”

Always a good day when I can hang out with Winter! She’s of course the star of Dolphin Tale, which actually turns 10 years old in September! Starting Sept. 1st, @CMAquarium is featuring more props from the films and free screenings of both movies. @BN9 pic.twitter.com/mnppnU4NBc

Now, in celebration, CMA is putting out more props from the movie than ever before, including an original set that’s still intact.

In addition to those new props, the aquarium will show both Dolphin Tale movies in its brand-new theater, which is included with admission.

“We hope people continue to come and see Winter and see our brand-new facility and enjoy this new home that these movies were able to build for her,” Long said.