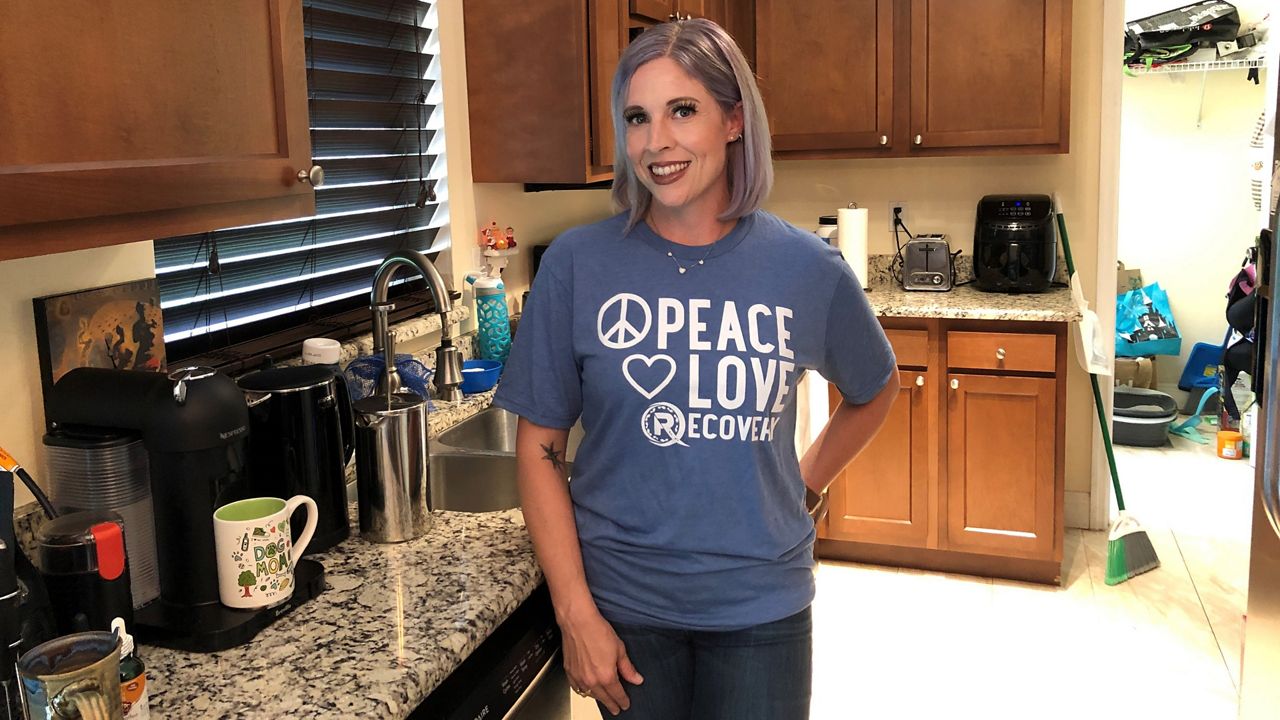 How intense was Jennifer Barth’s addiction to opioids? It was so serious that even after a “near death” experience, overdosing on fentanyl, the 42-year-old Manatee County woman says she didn’t immediately try to get treatment for her addiction.

“That’s the insanity of addiction,” Barth said Monday while recounting the experience that occurred in a Fort Myers motel room. “I even went back to get the same stuff, because that meant it was strong.”


Barth was among a handful of people who spoke at a virtual news conference organized by Project Opioid Tampa Bay on Monday in advance of International Overdose Awareness Day, which takes place annually on August 31. The Tampa Bay Partnership formed the group earlier this year to mobilize business, philanthropic and faith leaders to reduce opioid deaths in the community.

Their new report on the depths of the crisis in the Tampa Bay area was published on Tuesday.

Barth went through being addicted to OxyContin, then moved on to heroin and then fentanyl before beginning treatment about a decade ago. She says she’s now been clean for the past four years and is actively helping others who are contending with addiction issues.

“Part of our recovery is to help others,” she says.

Barth is now a certified recovery peer specialist, has obtained a master’s in Christian counseling, and currently works at a recovery residential training program for women in Fort Myers founded by her mother. “Anything I can do to help support everyone’s mission and help others (know) that recovery is possible — not only is it possible — it’s expected these days,” she says.

The rise in overdose cases is led by fentanyl, a synthetic opioid that can be 30 to 50 times more powerful than heroin.

“What we’ve seen is the rise of an epidemic within the pandemic,” said Jennifer Webb, executive director of Project Opioid Tampa Bay. “Our findings show that opioid abuse surged in response to the mental and physical stress of COVID-19. Yet, even under largely the same conditions, overdose deaths in Tampa Bay, which are largely tied to fentanyl fatalities, appear to be growing much more rapidly than other communities in Florida. This is a concerning trend that impacts both the personal and economic health of our region.”

Also speaking out on Monday on the Zoom press conference was the Reverend J.C. Pritchett, the president of the Interdenominational Ministerial Alliance of St. Petersburg, who says that it’s time to pay attention to the fact that Black residents in the Tampa Bay area are now dying at higher rates from opioid overdoses than other racial groups.

“We still think of the opioid epidemic as a predominantly ‘white person’s problem,’” he said, adding that the “silence” in the Black community means that there aren’t any public health campaigns being directed towards that population.

“No messaging in newspapers or in radio or in magazines or in social media about this epidemic,” Pritchett said. “We aren’t getting Facebook ads warning us of the dangers of this epidemic, and aunts and uncles and cousins and relatives don’t know how to spread the word to others.”

“The death rate from fentanyl continues to go up, and I’m sorry to say that the data from the first six months of this year continues to show that trend,” says Dianne Clarke, CEO of Operation PAR.

One method that can save lives is for people who believe they are using heroin, cocaine and even amphetamines — but may in fact be taking fentanyl — is to use fentanyl test strips. A fentanyl test strip is a little strip of paper that changes color based on whether it’s placed in liquid containing fentanyl. However, such strips are considered drug paraphernalia and are banned in Florida.

Florida will soon be receiving financial assistance to deal with the issue. The Sunshine State could receive more than $1.5 billion in multi-state legal settlements with three pharmaceutical and one drug manufacturer stemming from the opioid epidemic, Florida Attorney General Ashley Moody announced last month.

Project Opioid Tampa Bay is one of five regional initiatives focused on the opioid overdose crisis in partnership with Florida Blue and the Florida Blue Foundation across Florida. The others are in Miami, Fort Lauderdale, Orlando and Jacksonville.