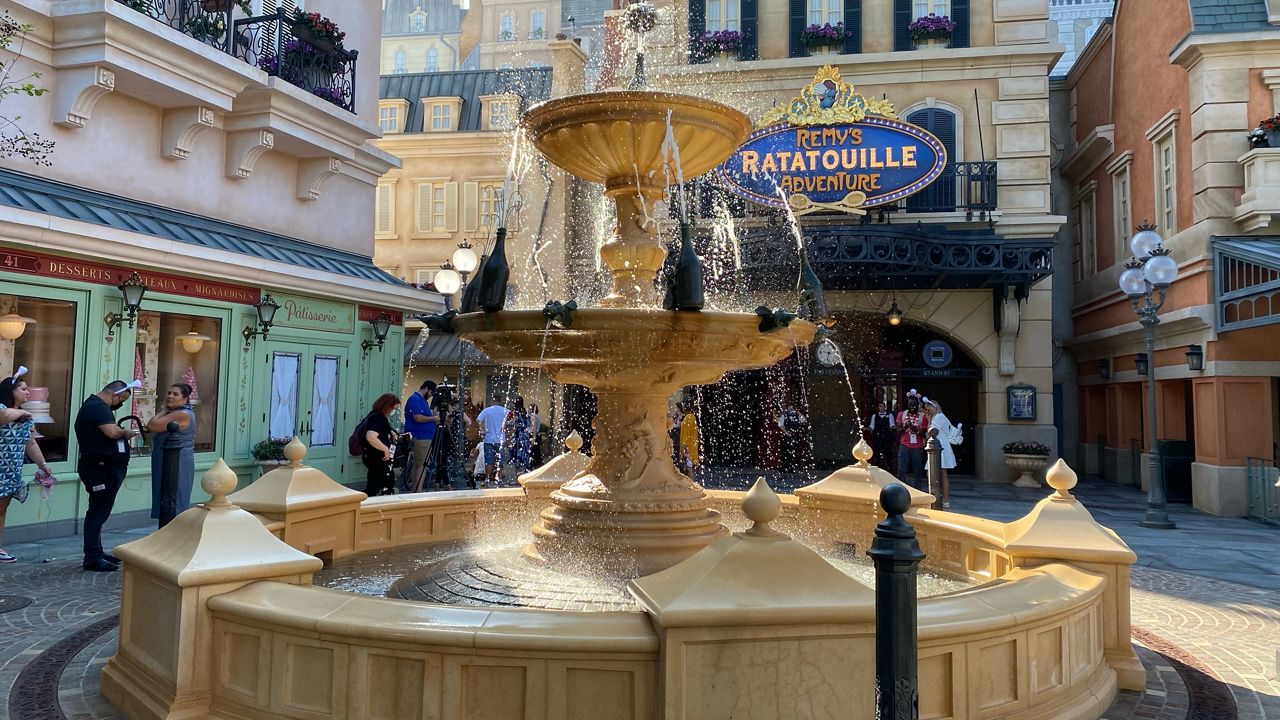 “I’ve been an Imagineer for 13 years and it’s the greatest job on earth. I love my job," said Beiler, a producer for Walt Disney Imagineering.

So getting to show off the new expansion in the France Pavilion at Epcot made his day.

“One of my favorite parts of every project is seeing that first guest come in, and seeing the smiles on their faces as they experience these stories that we create and we’ve brought to life in front of their eyes,” said Beiler.

The main attraction is Remy’s Ratatouille Adventure, based on the movie from Disney and Pixar. Beiler said they bring the view of Paris to life, through Remy’s eyes, even before you get on the ride.

Check out my new chef hat 👩‍🍳 Here’s a preview of what you can see on @MyNews13 at 5! 🐀 Remy’s Ratatouille Adventure is going to be a big hit with the whole family! pic.twitter.com/4lNXfoQd0P

“Ego the critic has opened up a wine shop or a patisserie (pastry shop). Other details of hidden Remys throughout the land, like Remy on this fountain is in his run cycle,” said Beiler.

And the ride itself was designed to engage all of your senses. You board a rat-shaped vehicle and see everything from Chef Remy’s view.

“3D visuals combined with oversized set pieces to reinforce the scale, to special effects, like you getting hit by a blast of champagne, or feeling the moisture come off of a mop,” said Beiler.

The family-friendly attraction invites you straight into the larger than life world of "Ratatouille." And Beiler can’t wait to see everyone experience it.

“All of these details are what add up to make you feel immersed in this story,” said Beiler. “That’s truly what brings to life the world that’s in this film, that now all of our guests can come and enjoy at our parks.”

The new expansion will officially open to the public on Oct. 1. It will also feature themed merchandise and a new restaurant that serves authentic French cuisine.