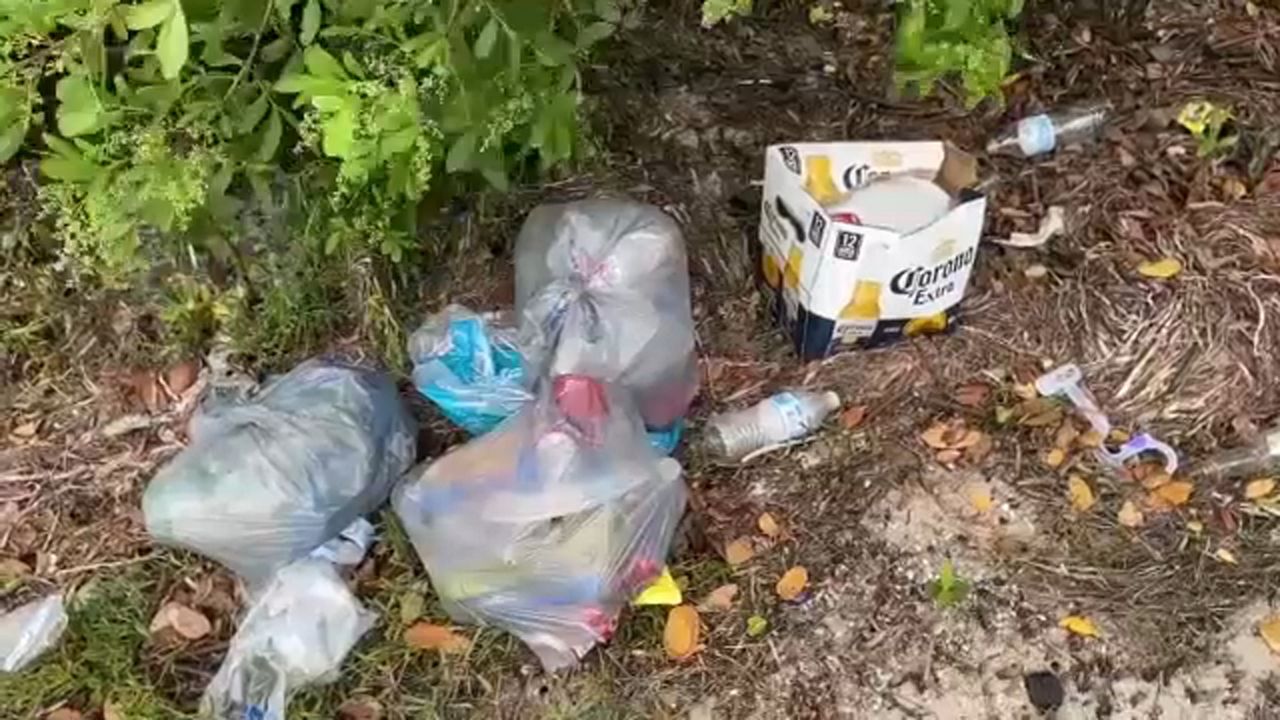 On Labor Day weekend, 10,000 pounds of debris was collected off the beach and estuary.

This week it wasn't a Spectrum Bay News 9 viewer who wrote our Real Time Traffic Expert, Chuck Henson. It was the state of Florida.

Gandy Beach is where Barbie Killip and her family have been coming for years. She ran a popular food stand at the location.

A lot of people enjoy visiting the area, but there's a major issue that's getting worse, according to the Florida Department of Transportation.

"Unfortunately we're having a huge littering problem out here. So much so, we're literally taking thousands of pounds every day of trash,” said spokeswoman Kris Carson.

Henson visited four days after Labor Day, and there was trash everywhere. Twenty trash cans line the roadway, but it just isn't enough.

"The trash cans get overfilled,” Carson said. “We are looking at adding additional trash cans. They're very sturdy. They can stand up to wildlife. But people are just leaving their garbage everywhere.

“So our teams have to come out here, four and five people. It's taking them about five to six hours a day to clean up after people."

On Labor Day weekend, 10,000 pounds of debris was collected off the beach and estuary.

So much of that garbage ends up in the waters of Tampa Bay, and we all know the danger that creates for the ecosystem.

Carson says the best thing to do if the trash cans are full is to bag up your trash. Pick up trash around your area, even if it’s not yours, and put those bags in your trunk to throw away when you get home.