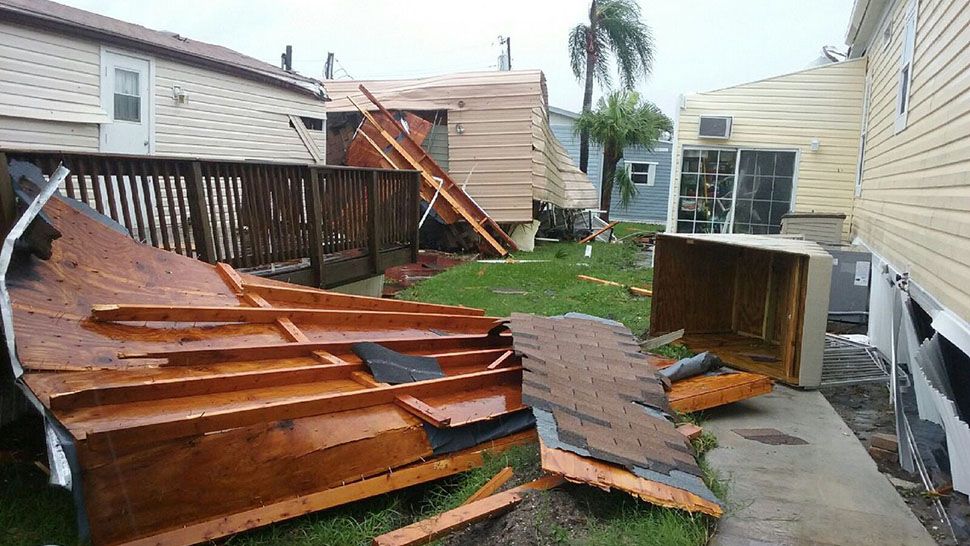 FLORIDA — Emergency preparedness in the face of a hurricane is a matter of life and death, especially for our most vulnerable. It’s something our experts say must come into sharp focus now that climatologists predict more powerful and frequent storms.

“Older adults, particularly those who are in nursing homes or some sort of institutional care are there because they have chronic conditions,” Lindsay Peterson, a researcher at USF’s School of Aging Studies, said. “It’s incredibly important for us to think about what’s going on inside these buildings when a hurricane is coming and what becomes of those people after the hurricane has hit…”

The most notorious example of this played out in South Florida in the days following Irma’s landfall.

“I lost my mother on December 29th of 2017. She was one of the survivors from Hurricane Irma in the nursing home in Hollywood Hills,” said Vandetta Craig, of her 88-year-old mother Edna Jefferson. “That morning of the hurricane, my mother’s caseworker called me with concerns that there were other people at the nursing home and she could not get in. The next phone call that I received was from my best friend in Tampa. She said, 'I think you should turn the TV on.' I turned the TV on and it was an aerial view from the helicopter. And I recognized it, and they were bringing people out on stretchers and I knew it was an emergency.”

According to reports, the air conditioning at the nursing home was knocked out, and staff members, some of whom were later criminally charged, neglected to call for help. Residents sat in the sweltering heat for several days before rescue crews evacuated the facility. By then, eight people had died. A total of 14 residents ultimately lost their lives.

Craig said her mother was hospitalized for heatstroke, and though she survived the days and weeks to follow, she never fully recovered.

“Once my mother was rescued, she was alive. She was present,” Craig said. “But she just wasn’t quite the same.”

Peterson calls the entire incident a worst-case scenario, but she points out it also brought to light the lack of disaster planning at these facilities, prompting the state to act.

“After the Hollywood Hills incident, Governor Scott acted very quickly with an order requiring nursing homes and assisted living communities to begin to install generators. And then the state legislature followed up and made this a state law,” Peterson said.

Each facility must also have an approved emergency power plan and at least 72 hours worth of fuel on-site.

In the weeks leading up to the 2021 hurricane season, the state’s database showed more than two dozen facilities not in full compliance with all the requirements.

Peterson calls it a concern, considering how fast extreme heat can cause a health crisis.

“Once the internal heating process begins with someone who is older, if their body isn’t able to regulate their temperature, then they could easily succumb to heatstroke,” said Peterson.

That goes not just for those living in long-term care, but also for the elderly in general. According to the CDC, more than 1,200 Floridians were hospitalized in 2019 for heat-related illness. Nearly a quarter of them were over the age of 65. Experts say that risk will only rise as days of extreme heat continue to increase.

According to the research group Climate Impact Lab, Clearwater saw an average of 42 days at or above 90 degrees back in 1981. Now that number has climbed to 74 days. And in another 40 years, researchers expect it to jump to 110 days, exposing even more vulnerable populations to danger.

“African Americans, as well as Hispanics, have for years been vulnerable to diseases that can be related to heat,” said Dr. Randall Morgan, the CEO of the W. Montague Cobb National Medical Association Health Institute, which specializes in health disparities and inequities. “Part of it is because there are underlying health conditions that are called comorbidities that make them more vulnerable.”

High blood pressure, diabetes, obesity and asthma are some examples. Dr. Morgan says that when it comes to excess, in terms of heat or major weather events, the ability to adapt is harder for people of color than the general population and those underlying conditions can become complicated quickly.

This is something that has been brought to light during the pandemic in terms of disproportionate death rates and resistance to vaccinations.

“When the pandemic invaded our community, it pulled the sheet back off of what had been hidden in terms of the inequities that make up social determinants of health,” Dr. Morgan said. “Now we know so we can’t ever turn our back on that again.”

Contributing to further health inequities are living conditions. Experts point out climate change and poverty are deeply connected and neighborhoods with higher pollution rates and lower quality housing tend to be predominantly communities of color. Moving forward, Dr. Morgan and other clinicians pushing for awareness say cities must address climate change through the lease of social justice.

“Social justice is front and center to the climate crisis,” said Whit Remer, Tampa’s first Sustainability and Resilience Officer. “Low-income people we know suffer the worst impacts of climate change. You think about extreme heat and day laborers that work outside. Maybe half of someone’s income goes to transportation and utility bills. They live in older houses, their air-conditioning units aren’t as efficient. So, we need to put policies in place to help encourage our most vulnerable populations to be able to adapt to climate change and ultimately reduce the impacts on them.”

Remer also says the city just wrapped up an inventory of greenhouse gas emissions, which will likely be key in developing a plan to reduce Tampa’s carbon footprint.

“This is the new normal that we’re living in and there is a degree of uncertainty that we need to plan for,” Remer said. “Everyone is trying to figure this out together and I think that is hopeful.”