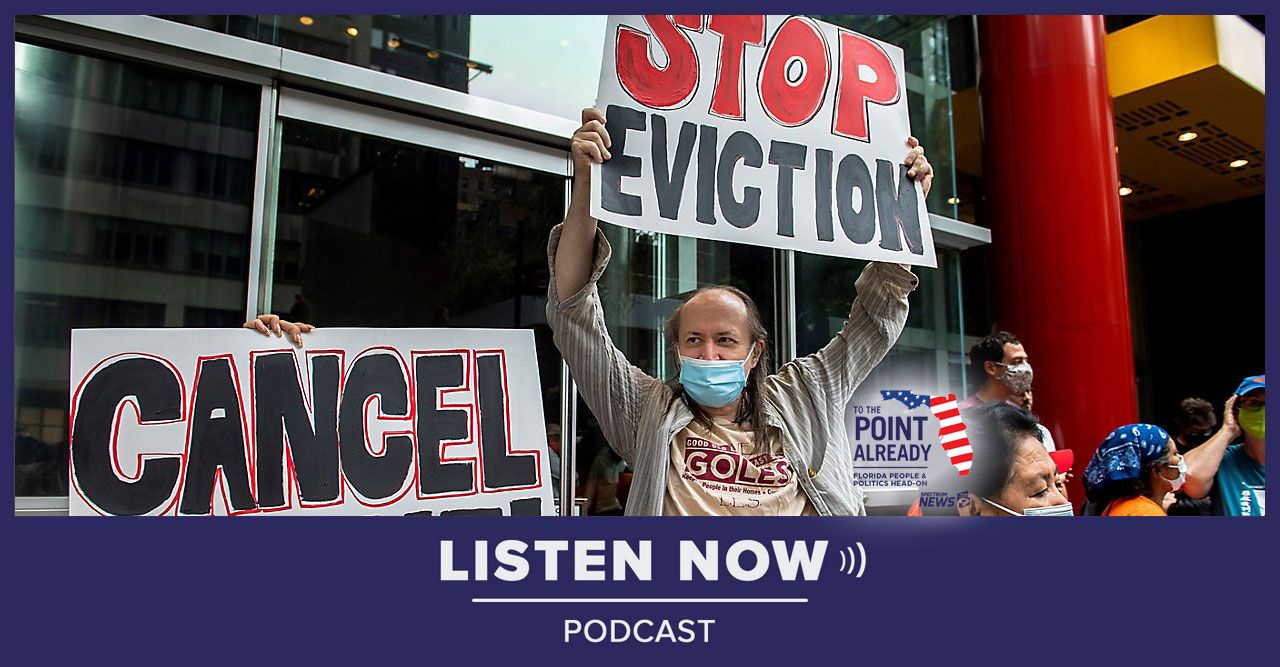 Eviction Moratorium: How it's hurting renters and landlords

ST. PETERSBURG, Fla. —  The eviction system, which saw a dramatic drop in cases before a federal eviction moratorium expired, is back in action.

Eviction filings have begun to tick up since the nationwide eviction moratorium was lifted at the end of August but most advocates said a surge in actual evictions is still weeks away. Nearly 3.7 million people in the U.S. as of Aug. 30 said they face eviction in the next two months, according to the U.S. Census Bureau’s Household Pulse Survey.

Many tenants at risk of eviction nationwide, as well as in the Bay area are counting on emergency rental relief to keep them housed. But that money has been slow to reach people that need help.

"The no. 1 thing Pinellas County is doing is administering a rental assistance program," Bussey said. "In Pinellas County, that totals $45 million (in state and federal funds) and we've helped over 1,800 households pay their rent."

Bussey added that about $14 million of that total has been spent, leaving about an additional $30 million available to help renters, as well as landlords.

But problems remain with renters, as well as landlords getting access to the help they need.

"It's certainly frustrating for the landlords," said Singer. "Not only are they not receiving rents, they have also been denied their property rights to control who lives there and to find a replacement tenant. Landlords do have costs to pay as well - they have mortgages, property taxes, and in some cases, they have to pay utilities.

"When they're not receiving rent from the tenants, they still have to pay those amounts without being able to make it up."

So what have been the hindrances for people to get help, either renter or landlord?

Awareness, eligibility, income limit and doing more outreach of the available programs have all been issues.

Both Singer and Bussey said anyone with rental issues should immediately touch base with their property manager, landlord and rental assistance programs.