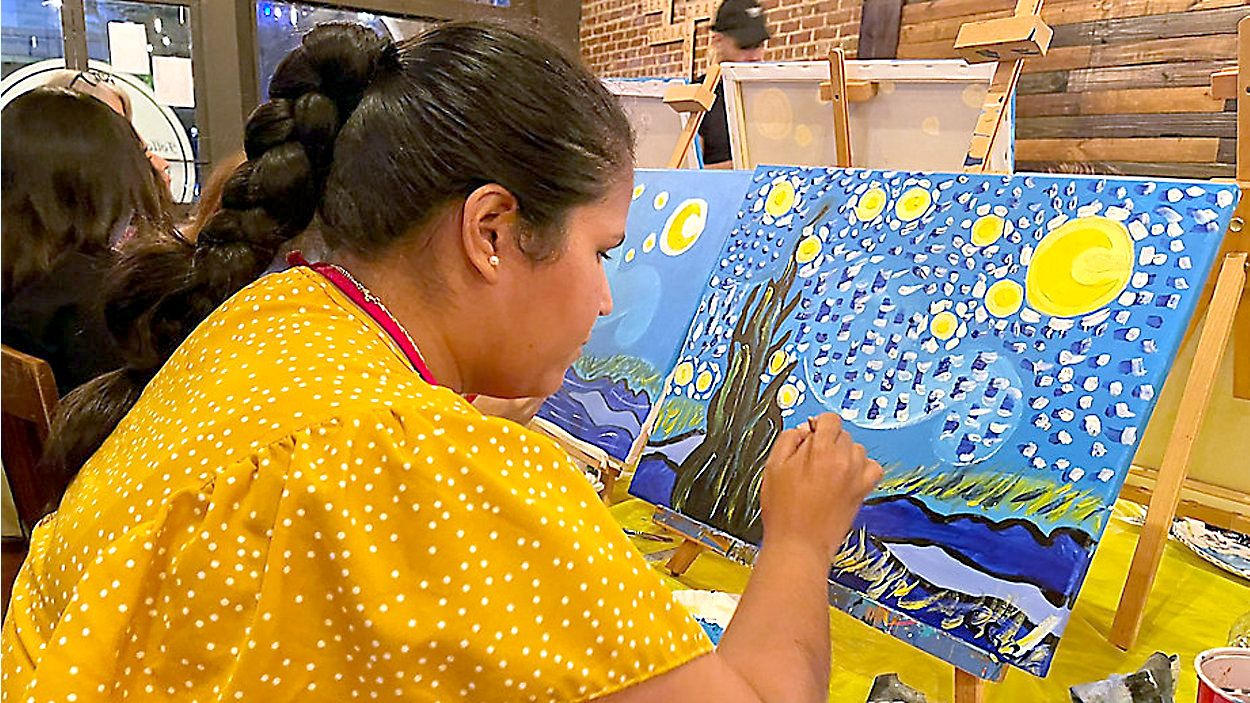 A coalition of Florida-based CEOs pushing for immigration reform are calling on Congress to find a way to “work around” the decision by the Senate parliamentarian on Sunday that blocks a proposal to include immigration reform in a budget reconciliation bill being pushed by Democrats.

That decision came just days after more than 70 Florida CEOs sent a letter to the entire Florida congressional delegation, calling on them to support a pathway to permanent citizenship for a group of undocumented immigrants, including so-called “Dreamers,” as well as Temporary Protected Status (TPS) holders, farmworkers and essential workers.  The letter was organized by the Florida chapter of the bipartisan American Business Immigration Coalition (ABIC) and the IMPAC FUND.

Cecilia Gonzalez, 22, is a TPS recipient from Venezuela who lives with her parents and younger brother in Kissimmee. They moved there in 2017 because she said her parents were being “targeted” by the government led by President Nicolas Maduro.

“My mom was kidnapped twice. My mom told me and my brother that we were in a high amount of danger,” she explained on Tuesday on why they left their native land.

TPS status grants a work permit and a shield from deportation to people whose countries have experienced natural disasters, armed conflicts or exceptional situations so they can remain temporarily in the U.S.  President Joe Biden’s administration granted a TPS extension for Venezuelans earlier this year that goes until Sept. 9, 2022.

Gonzalez is currently working as a community organizer for Mi Vecino Florida, which works to get people of color registered to vote. She hopes to attend the University of Central Florida in the spring, studying political science, but says that with her tentative legal status, she can’t plan much beyond that.

“I can’t say that in five years when I graduate with my Masters, I’m going to buy a house,” Gonzalez said with frustration in her voice. “And I’m gonna get married and have these kids and a dog. What about in the fourth year we get a new president and he’s a Republican and he just kicks me out? What about everything that I’m trying to build now?”

Among the Florida CEOs signing the letter was Miami health care executive Mike Fernandez, a former Republican who left the party after Donald Trump emerged as the party’s presidential nominee in 2016, as well as Al Cardenas, the former Republican Party of Florida Chairman and the co-chair of the American Business Immigration Coalition.

Idler Bonhomme, the president of the Greater Haitian Chamber of Commerce of Orlando, said the decision by the Senate Parliamentarian is “a stumbling block,” but says it shouldn’t stop the drive by Democrats to push through immigration reform this year.

“It’s been decades of any massive immigration reform and I think we are at the perfect storm for something to be done,” added Jorge Figueroa, the president of the Puerto Rican Chamber of Commerce.

While Democrats and immigration advocates were disappointed by the parliamentarian’s ruling, Republicans were elated. Senate Minority Leader Mitch McConnell said that putting the immigration provisions in the budget bill was “inappropriate and I’m glad it failed.”

“It would have led to an increased run on the border – beyond the chaos we already have there today,” added South Carolina Senator Lindsay Graham, the Senate Budget Committee’s top Republican.

Here is a copy of the letter sent by the Florida CEOs to the congressional delegation last week:

Dear Members of Congress from Florida,

We, the undersigned business leaders from Florida, respectfully and urgently write to ask you to support a path to permanence to Dreamers, TPS holders, farmworkers and essential workers. Doing so will allow them to fully contribute to our economic prosperity as we rebuild and recover from the COVID-19 pandemic.

Immigrant workers have long-been part of the foundation that built the economy of this great state. In more recent times, they have  worked through the pandemic as healthcare workers, first responders, restaurant and grocery store workers, childcare providers, and in so many other industries to keep Floridians safe and our economy afloat. These workers are essential to the success of our businesses.

We must pass common sense immigration solutions in 2021. Inaction is not an option. These needed reforms are critical to growing our GDP, spurring job creation, and raising the wage floor for all American workers.

If the immigrants under this proposal became citizens, the economy would increase by $121 billion annually and add about $31 billion per year to federal, state and local tax revenues.

Here in our state, 93.7 percent of 68,000 DACA recipients  are employed and hold a spending power of $1.1 billion. They pay over $290 million in local, state, and federal taxes each year.

Right now, the Deferred Action for Childhood Arrivals (DACA) program is closed to new applicants by court-order and without your action, DACA recipients will be forced to continue living in economic uncertainty which will be shared with their employers. If DACA recipients eventually lose their ability to work legally, our state would lose $1.5 billion in annual GDP.

Similarly, TPS holders are major contributors to state and national economies. There are more than 60,000 TPS holders currently residing in Florida,  and the number is expected to grow as over 300,000 Venezuelans and 95,000 Haitians are now eligible for TPS. They earn more than $880 million in household income and pay over $89.4 million in state and local taxes.  The average TPS holder has been in the country for more than 20 years, and many have purchased homes, opened businesses and paid taxes. They need a pathway to citizenship to end the ever-looming threat of losing their status, so they can plan long-term and truly unleash their economic potential.

There is no doubt that immigrant farmworkers are vital members of our economy, and the need to stabilize their status is perhaps even greater today than ever before. While Florida’s farm labor shortage is nothing new, the situation has gotten worse as a result of the pandemic. Florida’s farmers frequently struggle to find enough workers, particularly in the Central Florida region where crop production generates billions of dollars for the economy. Florida’s agriculture industry is heavily reliant on immigration. Immigrants make up over 60% of farmworkers in the state and due to the lack of legal pathways, many farmers have to turn to undocumented workers. Nationwide, it is estimated that 50% of farmworkers are undocumented. The existing legal pathways are not nearly sufficient to supply the necessary labor. In fact, Florida ranks 3rd in the number of certified H-2B non-agricultural temporary worker positions, with 5,319 positions certified year to date in 2019. But, unfortunately, these workers have no way of knowing if they’ll have a legal means of employment one year to the next. And with immigrants comprising 50 percent of Florida’s farm labor market, coupled with the bureaucratic red tape the H2-A visa program imposes, Florida farmers can’t find workers to harvest their crops.

A more stable immigration system would mean greater economic safety and security for all Floridians, powering key industries such as farming, hospitality, and construction. We see a pathway to citizenship as a solution, as a way to grow our economy while strengthening our communities.

Leadership sometimes demands taking tough positions for the right cause. There’s no greater cause than protecting and strengthening Florida’s economy. We call on you to stand up for Florida businesses and our economy by supporting common sense immigration solutions immediately.