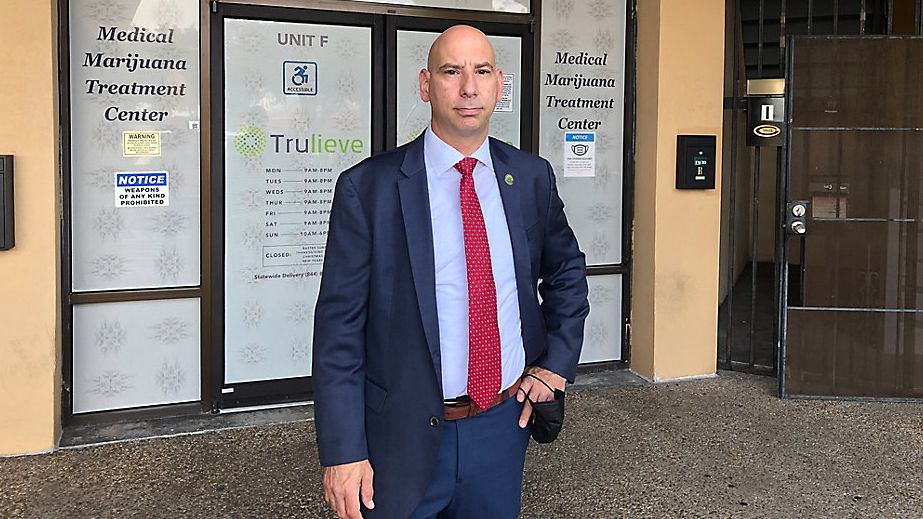 Michael Minardi says he became an attorney to fight to legalize cannabis use.

After the Florida Supreme Court rejected not one but two separate proposals to place adult-use legalization of marijuana on the 2022 ballot earlier this year, it appeared that any such an effort would have to wait until 2024.

And while still might be the case, cannabis advocates have filed a new petition with the state to reignite a campaign to get a constitutional amendment on legalizing recreational marijuana use in 2022, though time is not on their side. Activists need to collect a total of 891,589 valid signatures by next February to make the ballot.

“We have the ability to do it,” says Tampa-based attorney Michael Minardi, the head of the Sensible Florida PAC (doing business as Regulate Florida) that is leading the petition drive. He says that his group needs to raise at least $3 million to have a chance to collect those signatures in an extremely tight window.

Regulate Florida has sent out mailers to 230,000 registered voters in Florida and will follow up soon with another 1.3 million.  Each mailer includes two separate petition forms.

The Florida Supreme Court struck down Regulate Florida’s original proposal to legalize recreational marijuana back in June, deciding in a 5-2 decision that the ballot language was misleading. It was the second time in three months that the court struck down a proposal to legalize adult-use cannabis in the state. In April the court also ruled 5-2 that a Make it Legal Florida ballot proposal was also misleading by failing to disclose that cannabis would still be illegal under federal law.

The new ballot language for the proposed Regulate Florida constitutional amendment would allow adults 21 and older to use and possess cannabis. They could also grow up to nine plants for personal use. The measure would also prohibit the state legislature from capping the amount of THC in smokable marijuana. A bill that would limit the amount of THC in smokable medical marijuana to 10 percent died in committee during the 2021 session.

There are now 19 states in the U.S. that have legalized recreational marijuana, with Virginia becoming the first state in the South to do so earlier this year.

“The sentiment on this has changed,” says Minardi.“Every state that has looked at this as a policy decision has determined the cost benefit analysis isn’t there to continue to criminalize it. We need to legalize it and open it up for adults 21 and older to use it responsibly.”

The 47-year-old Minardi says he became a fervent advocate for marijuana legalization after reading The Emperor Wears No Clothes by cannabis activist Jack Herer. It’s what inspired him to become an attorney, and it’s what’s inspiring his passion now to try to get a constitutional amendment on legalizing adult-use cannabis before Florida voters next year.

Citizens based constitutional amendments in Florida require approval by more than 60 percent of the voters. A Public Policy Polling survey conducted earlier this year on the issue showed 59% of Floridians supporting the measure, meaning it’s no sure thing to pass even if it does make it to the ballot.

Minardi is also now a political candidate for the first time. He’s filed to run as a Republican in the eastern Hillsborough County House District 59 seat currently held by Democrat Andrew Learned.

Minardi emphasizes that he’s originally from New Hampshire, where there’s a strong streak of libertarianism in the “live free or die state.” He says he doesn’t like some of the coronavirus imposed mandates imposed by Democrats when it comes to vaccinations and masks, but adds that he also has a difficult time when Republicans resist legalizing cannabis.

“We’re saying one thing with the masks and the vaccines and personal choice and freedom, but then we’re saying ‘no, you can’t use a plant' that’s given to us by God or Mother Earth. So I think that there’s a very big inconsistency with that…if we believe in individual rights, then it should be to let the individual do what they choose as long as they’re not harming people.”