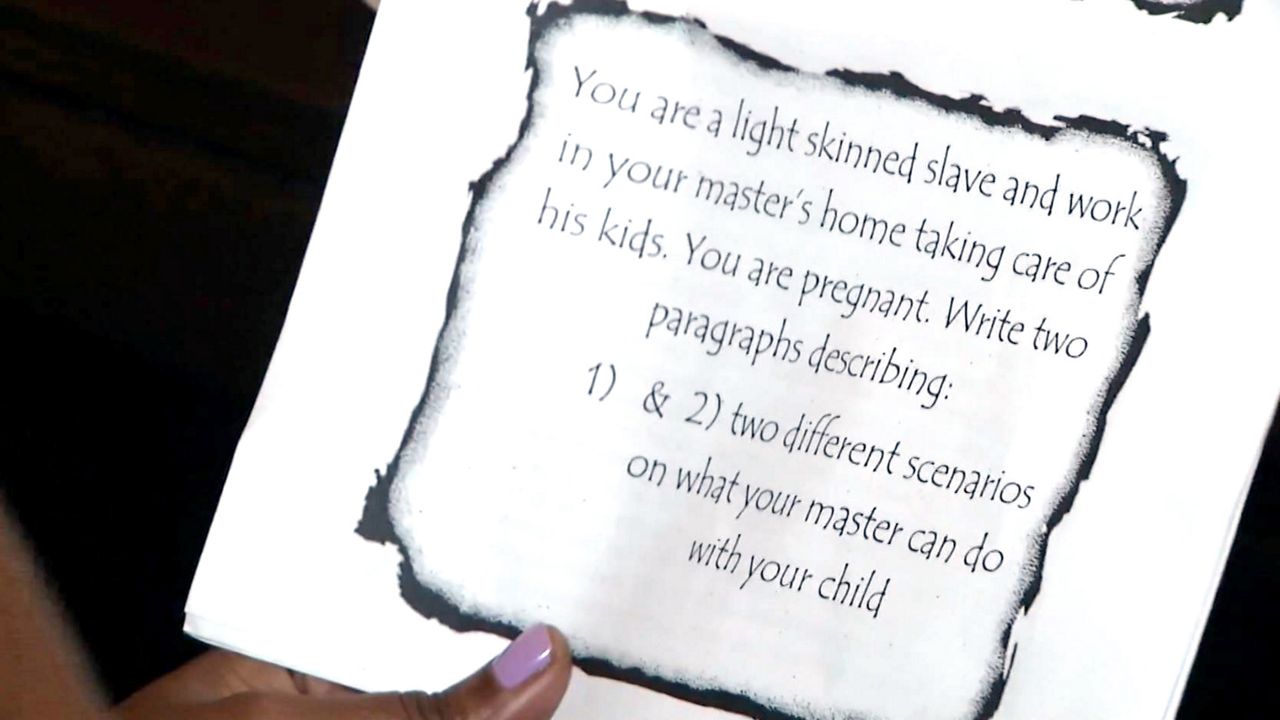 Hillsborough County parent Sigan Rivas says her 13-year-old daughter was given an assignment about slavery that she found offensive. (Spectrum Bay News 9)

TAMPA, Fla. — Sigan Rivas says her daughter has always been a good student.

"She's been an honor roll student several times," she said, "Her grades are great. I like the school. I never had a issue with the school. This is the first time I’m having a problem."

The problem was the essay assignment her 13-year old brought home Monday asking her to write in response to two scenarios involving slavery.

One scenario asked students to describe their punishment and work if they were a very big strong slave who rebelled against his master with two other slaves.

The second asked students to describe what their master could do with their child if they were a pregnant, light-skinned slave working in their master's home.

"When she got this assignment she was like, 'Mom, I think you need to take a look at this,'" Rivas said. "And when I saw it I immediately was like what the heck is this?"

In an email, they responded in part by saying, "This activity was not an approved piece of the curriculum and does not reflect how our educators structure their teaching around this important topic. This incident has been forwarded to the district's Office of Professional Standards for further review.”

Rivas said she wants the teacher fired, but in the meantime, she wants to use this as a teaching moment for her daughter.

"I feel like she’s learned that its good to speak up and know right from wrong, and she has, because she came directly to me with this," Rivas said. "So I feel like she’s on the right path. Lesson learned? Yea, for sure."