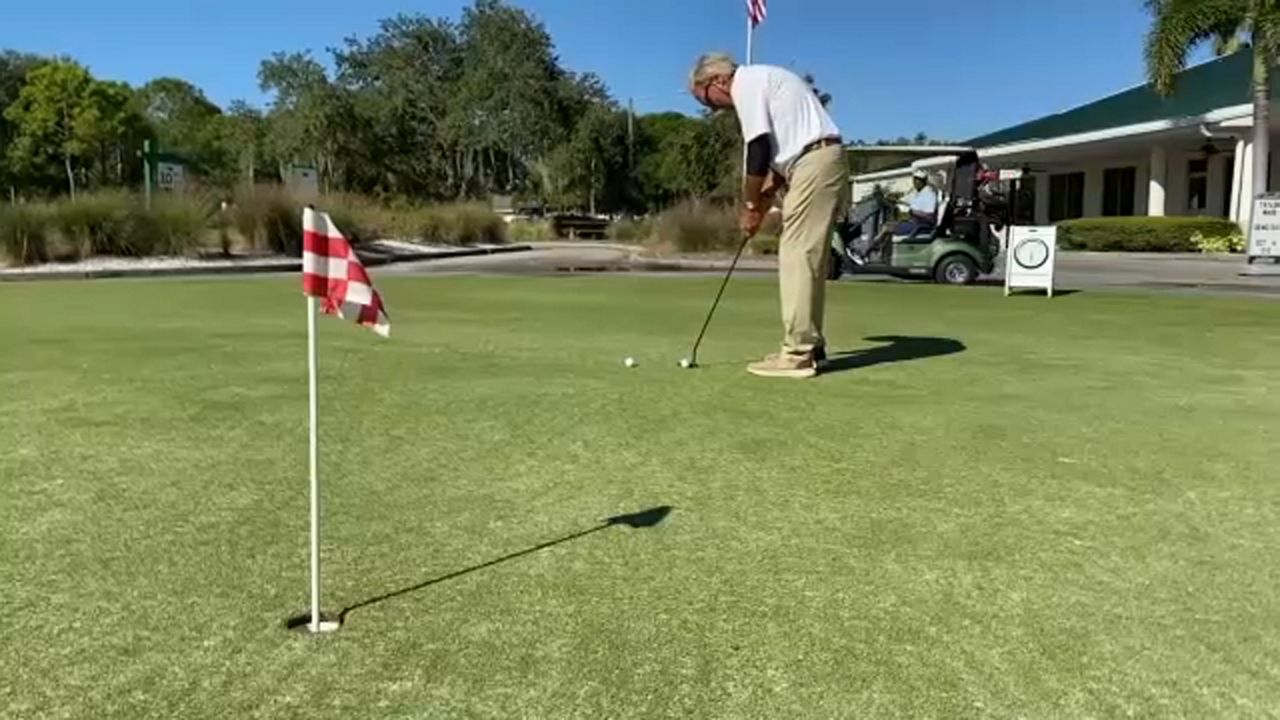 Clearwater Country Club has been a staple in the community since 1920. (Spectrum News image)

CLEARWATER, Fla. — One hundred years is a big milestone.

And the Clearwater Country Club is celebrating this year.

But who would have thought 100 years of putts, drives and maybe a few mulligans would have helped shape Pinellas County?

Florida’s always had a special relationship with golf. The year round sunny weather might have something to do with it.

But for what Florida and Bay area counties have given golf, the sport has also given something back.

Walk into the Clearwater Country Club with him, where he is almost a defacto historian, and you will learn a lot.

“This golf ball is the first golf ball hit on the brand new country club, January 26th 1921, and it was hit by Mrs. Daniel Simonds, who raised the money for the first club house,” said McClelland, pointing out the ball. “Actually in the 30s, look at this - a Tarpon was actually harpooned right opposite number 5, (laughs), which is one of our famous island greens.”

“You will see some of the old trophies and some of the dates, this is one, because it is our centennial, something that just came in.”

A hundred years ago, Clearwater city planners knew fun was necessary for people to want to come to Florida.

Without recreation, tourism can’t thrive.  But people came to the bay area in the hundreds of thousands.

But then the growth proved a dilemma for some golf courses.

The truth is, there are very few courses who’ve lasted continuously for 100 years. Most courses in developed areas like Clearwater have lost the battle to expansion.

“Glen Oaks, which is now a soccer field, there was a golf course in Clearwater, the Clearwater Executive Golf Course, which is now an apartment building near the Countryside Center. So lots of things happen, Pinellas County is the most densely compacted urbanized county in the state,” said Greg McClimans, the Director of Golf, Clearwater Country Club

McClimans family manages this course and his son is the current golf pro.

He’ll tell you even over this last tough year and a half of coronavirus, the golf course has helped people.

“We weren’t sure when COVID started what things were going to do, but it has actually brought a lot of new golfers to the game,” he said.

Sixty open acres in the heart of Clearwater. Mostly untouched, is something rare.