The number 56 was emblazoned on the field Friday night during Citrus High School's football game in honor of Antonio Hicks, who died on Sept. 28 after collapsing on the field during practice. (Spectrum Bay News 9/Katya Guillaume)

Citrus High School Hurricanes football players came together Friday night to honor Antonio Hicks, who died on Sept. 28 after collapsing on the field during practice.

"Antonio would've been the GOAT, he was a great athlete and so we miss him, but the kids have adjusted well and we're going to honor him tonight," Hurricanes head coach McKinley Franklin said.

Antonio, or Toni as his teammates called him, touched many lives, fellow player Cason Williamson said.

"We all know that he's with us," he said. "It's just going to be a different atmosphere around here without him." 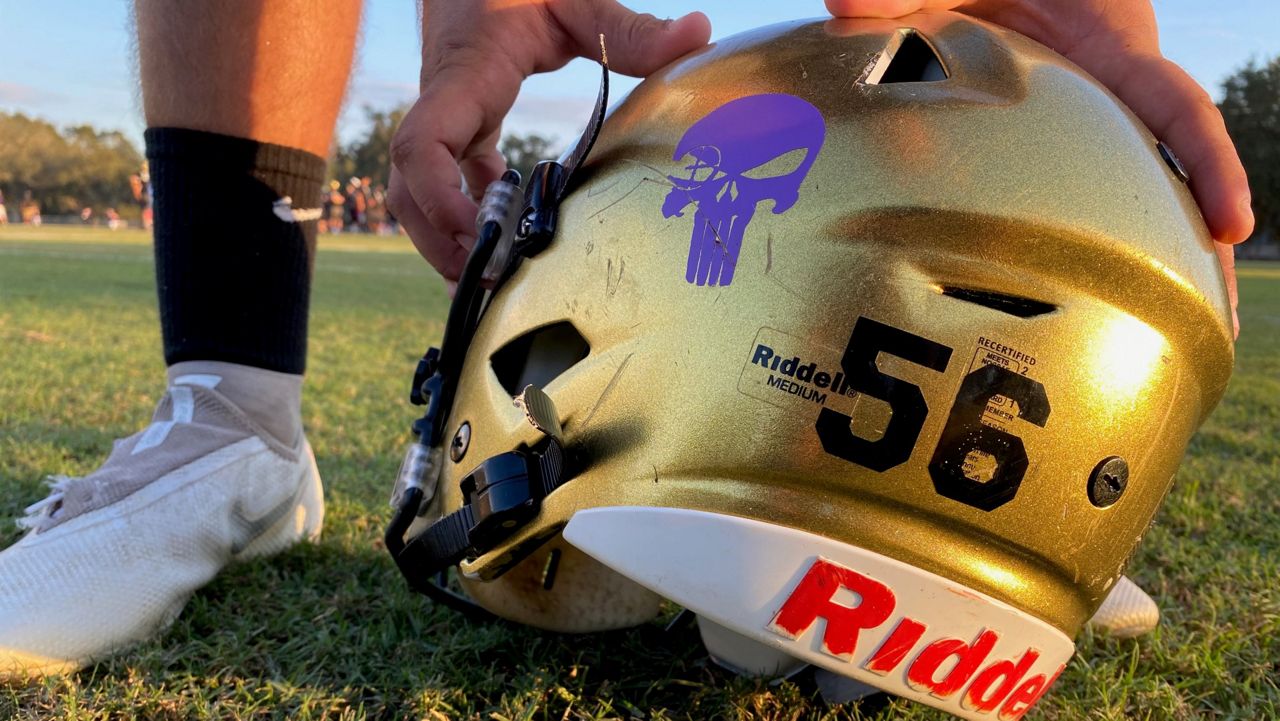 Memories of Antonio Hicks, represented by his No. 56, were visible on the helmets of players and in all kinds of places during Citrus' football game Friday. (Spectrum News/Katya Guillaume)

Hicks' number, 56, was emblazoned on the field for Friday night's game, and teammate Caleb Holloway said that while sad, it gave the team a boost to see it.

"Seeing his number out there, really, it just really brings everything to reality knowing that this game really means everything to him and we're all playing for him tonight," he said.

When the Hurricanes were the first team to put points on the scoreboard, players said the knew that touchdown was for Hick, No. 56.

"It was very inspirational — heartbreaking for one, but just seeing everybody being supportive and everybody here, he definitely left his mark and he knew I needed all of this," Hicks' mother Lakesha Harrison said. 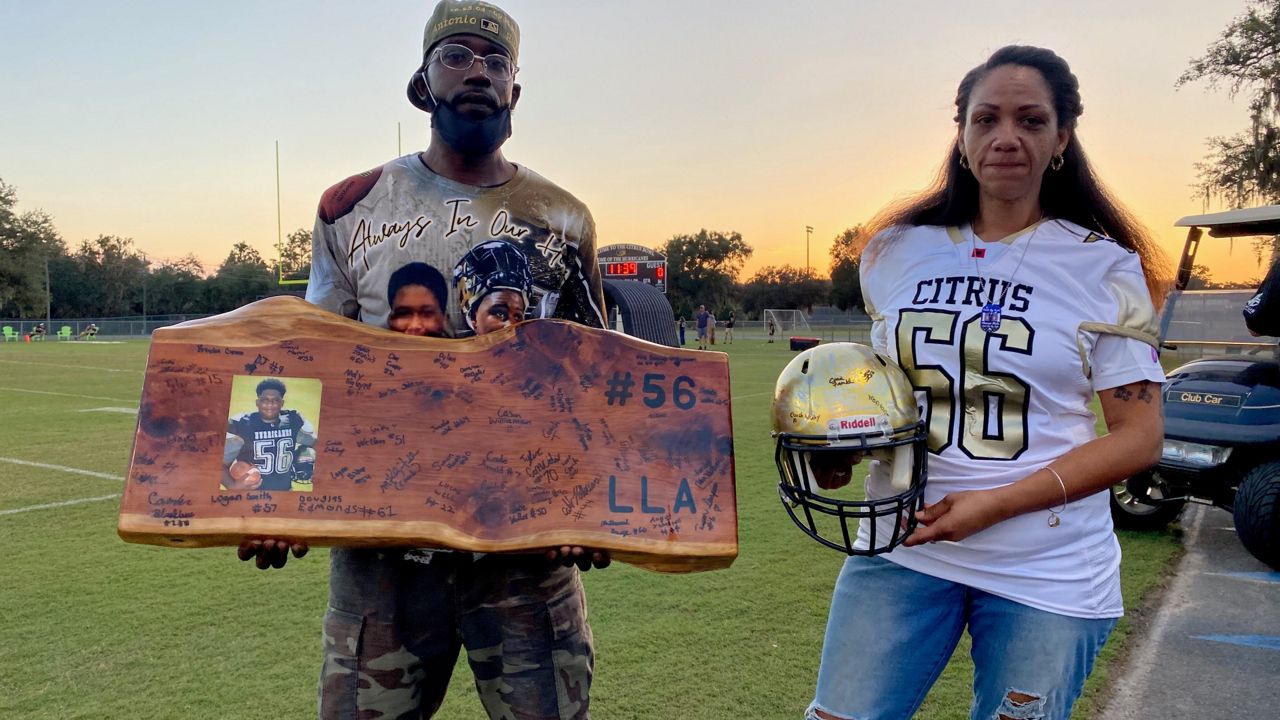 The parents of Antonio Hicks said the game dedication in their son's name meant a lot to them. (Spectrum News/Katya Guillaume)

"He loved this sport since I can't even remember," he said. "I think he was 7, 7-and-a-half when he started playing and it's the truth. Words can't be explained."