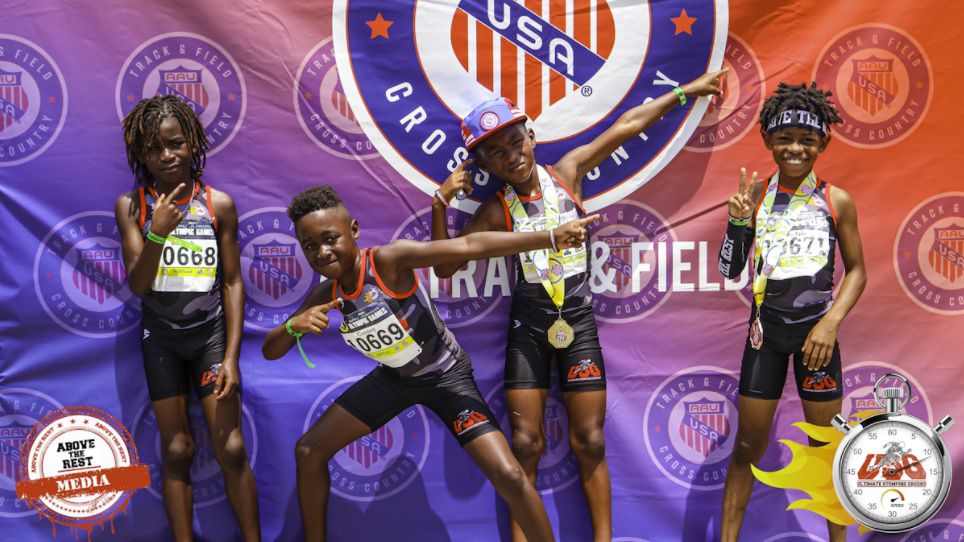 These runners are only seven or eight years old and are already bringing home the gold.

CLEARWATER, Fla. — The USG Track Club just wrapped up its most successful track and field season yet.

"They are literally the number one kids in the country."

Clearwater's USG Track Club wrapped up its most successful track season yet & is prepping for the next. 4 from the club won gold at AAU #JuniorOlympics
They say the look up to @ErriyonK & @usainbolt @BN9 pic.twitter.com/UGKptP1IHO

This is a first for the Fort Lauderdale native, but he says it definitely won't be his last.

"It was awesome because I've never been a National Champion before," said Williams who is already back in training for the next season.

Williams says he looks up to Olympian Erriyon Knight.

His teammate, Bryant Tisdale Jr., placed fifth in the nation in the 200-meter run. He says he's more of a Usain Bolt fan.

"My dad put it on every night," he said.

"No matter if you win or lose just try your best," he said.

Bryant and Bryce have quite the supporter cheering them on. Their mother, Angela Tisdale, founded the club and now serves as USG's Track Operations Director.

"To have kids perform at this top level, you got to have dedicated parents," said Tisdale.

She launched the USG Track Club 7 years ago.

Williams and the Tisdale brothers also succeeded in their studies.

The second and third grade students earned A's and B's as they competed at Nationals and the Junior Olympics.

"They are literally the number one kids in the country," she added. "They work really hard."

Keeping those titles while staying on top of their education is now their main focus.

The club launched their non-profit Seeds of Promise to cultivate young athletes in education and entrepreneurship.