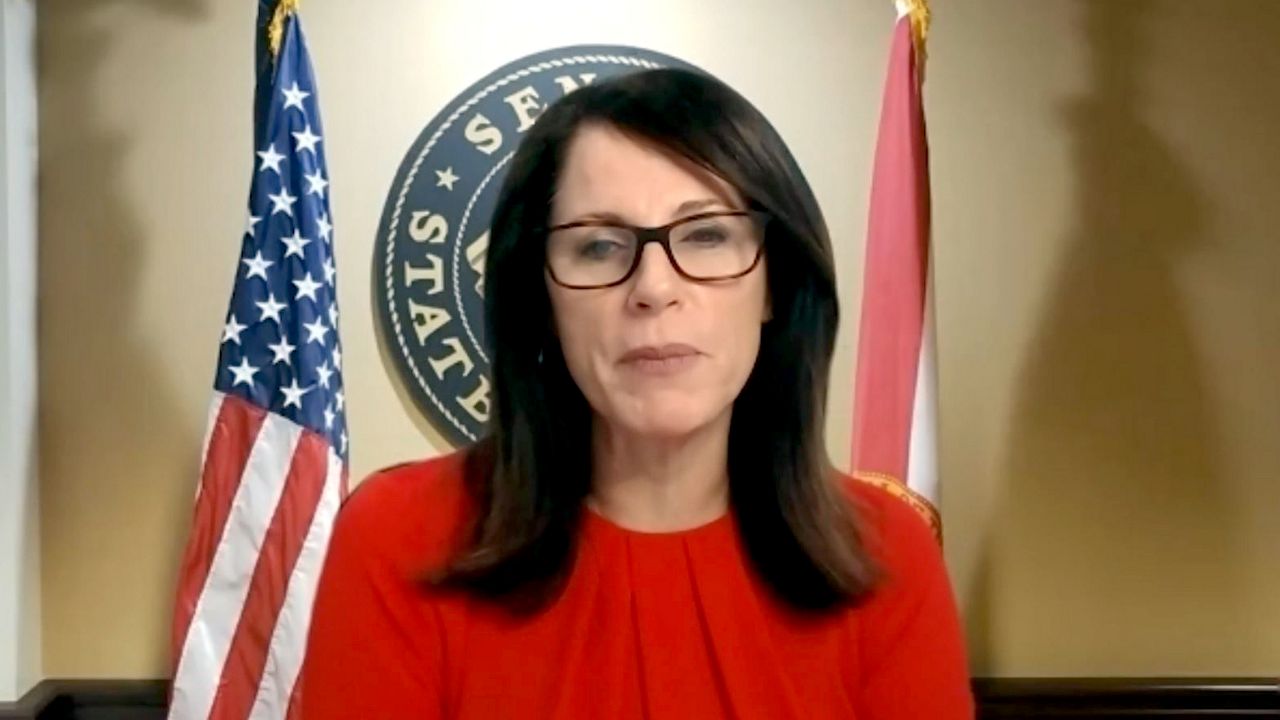 State Sen. Tina Polsky (D-Boca Raton), who was recently diagnosed with breast cancer, attempted to meet last week with Dr. Joseph Ladapo, who has been tapped to be Florida's next surgeon general, but ultimately asked him to leave when he refused to put on a mask. (Spectrum News 13)

TALLAHASSEE, Fla. — The Florida Senate’s top Republican is condemning “unprofessional” conduct by the state’s newly appointed surgeon general, calling his refusal to wear a mask during a meeting with a state senator recently diagnosed with breast cancer unacceptable in a memo to his chamber.

“It shouldn’t take a cancer diagnosis for people to respect each other’s level of comfort with social interactions during a pandemic,” Senate President Wilton Simpson (R-Trilby) wrote in the memo, which was issued Saturday and has been circulated by legislators.

In his meeting last week with Sen. Tina Polsky (D-Boca Raton), Surgeon General Dr. Joseph Ladapo refused to honor the senator’s request that he wear a mask in her office.

“The best thing I could do is protect myself with the mask,” she said in an interview Monday. “I did want to ask him questions. It’s so important that I do, and he just refused to comply.”

Ladapo was hired last month by Gov. Ron DeSantis. Like the governor, the surgeon general has been an outspoken critic of mask and vaccine mandates.

“We’re done with fear,” he told reporters at the Capitol the day his selection was announced. “That’s been something that’s been unfortunately a centerpiece of health policy in the United States ever since the beginning of the pandemic.”

But Polsky, who agrees with an overwhelming chorus of medical experts that mask wearing in confined spaces limits the spread of COVID-19, has taken exception to the surgeon general’s statements and accused him of exhibiting a “smug” response to her request that he wear a mask.

The surgeon general suggested that their meeting be held outside, an offer Polsky refused. Ultimately, she asked him to leave her office.

That Simpson, a leading conservative voice in Tallahassee who is running for agriculture commissioner, would so openly criticize Ladapo’s actions is striking to many — but not Polsky.

In a statement to news outlets, the Florida Department of Health said that “DOH will be addressing this directly with members of the Senate, rather than letting this play out publicly.”