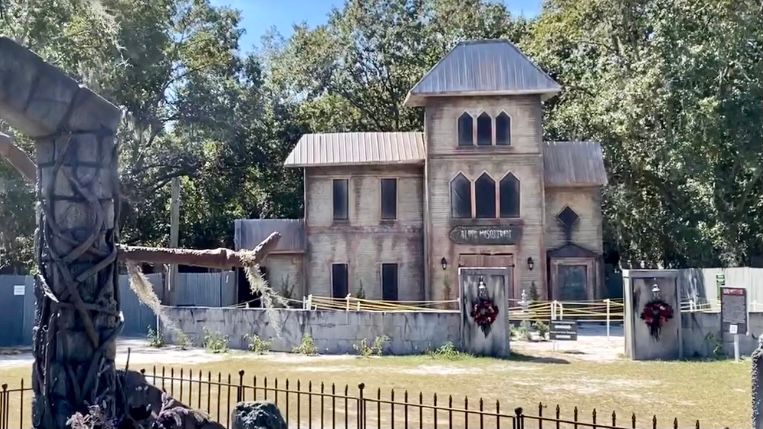 PLANT CITY, Fla. — When you initially pull up to the bucolic setting in the Plant City area, there is a path between two moss-covered oaks trees that opens up into a clearing.

If you owned the property, you might put your home there. Instead, it's just a stop before a wider opening revealing Sir Henry's Haunted Trail, somewhere you definitely don't want your dream house.

It's called a fear park—three wooded trails, laser tag and an escape room, plus lots of fearful touches as well.

It's the brainchild of Zach Glaros. His passion is scaring the pants off people. Along with the help of his dad, wife, friends and family, Sir Henry's Haunted Trail is the physical manifestion of his creepy dreams.

Most recently, Glaros created a three-story haunted house facade, as well as an entire fishing village—complete with broken down fishing boats, pleasure crusiers and sail boats (thanks online sellers)!

"This was a passion project of mine and I’m really stoked with how it came out this season," said Glaros.

Glaros says after years of work, he is enjoying collaborations with other creators. There is a cider from fellow Plant City business, Keel Farms, and he's even got his own fan fictions writers. Sir Henry and his buddies have a whole back story.

What's next? Parking garages and trams?

The fear park is open through Novemeber 6.