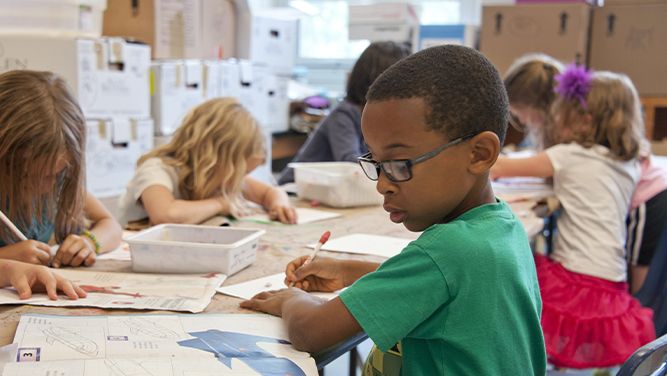 POLK COUNTY, Fla. — Records show that Black students in Polk County and many other parts of the nation are suspended at a much higher rate than other races.

Concerned parents and advocacy groups said the issue is historical.

“I don’t believe that the environment is conducive to learning,” said Faye Bellamy, a Concerned Citizens of Polk County member. “You basically have a white environment that they are adjusting to; the curriculum is white, the administrators are white and majority of the teachers are white. The activities are also geared toward the white students.”

Bellamy said she has been following school suspensions for Black students in Polk County since desegregation hearings in the 70’s. Also, in attendance at the court procedures was Kenneth Glover, a former attorney and current NAACP member.

“I did serve as an attorney at that time in the 70’s to address these issues,” said Glover. “One of the issues that we were dealing with for years was discipline in the school district and it was disproportionately affecting African American students; now it appears to be a lot of talk but very little action.”

Current records show that 11,998 students were suspended in Polk County last year. Black students are still at the top of that list with in-school suspensions, short-term suspensions and expulsions from school.

“Systemic racism was then and even more prevalent today, in particular in Polk County,” said Glover. “The statistical data that’s been supplied shows it’s obvious that that has not changed.”

“Black students are being suspended at a far greater rate than White students and it’s time to talk about it.”

Polk County advocacy groups address the need for change within the school district on @BN9 pic.twitter.com/24nVSeG3Wq

A study done by the American Psychological Association shows that Black students have a harder time succeeding in environments that are tailored to White students and while the implicit bias has been noted as unintentional, currently only 20% of Polk County school administrators from teachers to other staff members, are Black.

“We meet with the school board regularly to discuss this,” said President of The Concerned Citizens of Florida organization, John Ruffin. “We have mutually agreed that three specific areas need improvement: student achievement, discipline and hiring practices.”

Ruffin told me that progress has not been made in those areas just yet but added that he is hopeful that the new superintendent, Frederick Heid will spark some change.

“He has made a commitment; he said my word is my bond,” said Ruffin. “I have followed him in other districts and he has been a devout change agent in ushering in change in those three areas we’d like to work on.”

Spectrum Bay News 9 also reached out to the Polk County school district, which acknowledged the disparity but also pointed out that the Black student suspension rate has gone down 40% in the last seven years, though advocacy groups challenge that drop is contributed to campuses being closed during the pandemic.

“We’ve made significant progress in decreasing overall discipline rates for students in every racial demographic. That’s a great start, but we must continue exploring what factors may be contributing to one group being disciplined at a higher rate than another. We are committed to analyzing our discipline data and procedures, with the aim of reducing disparities and creating more equity in our disciplinary system.”

Over the years, our schools have been employing various strategies to reduce disciplinary actions for students and promote positive behaviors.

Many schools have found success by establishing a voluntary program on their campus called Positive Behavior Interventions and Supports (PBIS).

This program establishes a framework and strategies for promoting a positive school culture. This benefits all students. The school teaches and reinforces positive behaviors rather than focusing on negative behaviors. Reduced discipline infractions is a byproduct of these efforts.

Some schools have also found that CHAMPS — a classroom management system — is another valuable tool for acknowledging and encouraging positive behaviors in students.

The district’s discipline office also works closely with school administrators to explore how they are managing their referrals. In some cases, alternative forms of discipline like work detention or student behavioral contracts can help address issues without resorting to consequences like suspensions that take the student out of the classroom.

Most importantly, we must address any underlying issues that are contributing to the student’s negative behavior. For instance, a student might be acting out based on physical or substance abuse. We need to treat the root cause of the problem that is contributing to the disruptive behavior. Our school staff members, mental health professionals and social workers are always working to meet the mental, emotional, social, and physical needs of our students.”

Chart 2A- Year to Year Data Compare on Scribd