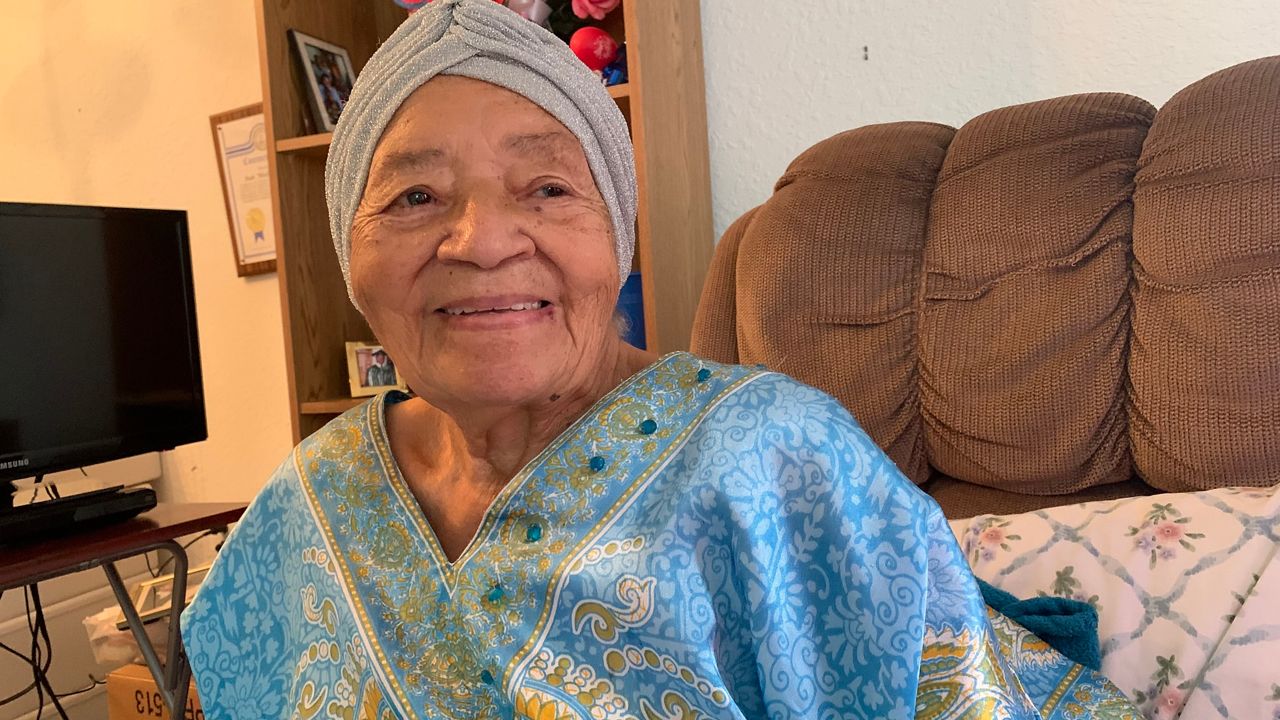 TAMPA — When a wave of Haitians were fleeing their country for a better life and stability in the 1960s, Tampa Native Ruth E. Hodges answered her calling to missionary work.

Mother Hodges dedicated more than 40 years of her life to Haiti.

She helped to build churches, schools and orphanages.

"I adopted Haiti. Haiti adopted me," she said.

She sent 30 children to school, and some now live and work in the U.S.

She also met and adopted her son, Keto Nord, who was 10 years old at the time.

Nord was a burn victim who was in need of medical care that was not available in Haiti.

"He was so badly burned," she said. "The doctor gave him two months to live."

Multiple surgeries in America helped Nord survive and heal from his injury.

#Tampa native 95 yo Mother Hodges made 55 mission trips to #Haiti over 40+ yrs. While there she taught English, built churches, hospitals and orphanages. She also adopted a son & burn victim, Kéto Nord. @BN9

“He was so badly burned! The doctor gave him two months to live." pic.twitter.com/fzExpeqTIY

Hodges completed 55 mission trips and traveled between Tampa and Haiti to raise money.

"I would stay three months at a time [in Haiti]," she said.

She also learned creole -- the native language of what she calls her second home.

Hodges says she's had some close encounters as a missionary, but she was never targeted in the way they are today.

"There were some bad times, " she said. "The Ton Ton Macoutes were the gang members at that time."

In 2010 Hodges made a final mission trip to Haiti. While there, an earthquake shook the nation's capital of Port au Prince and killed more than 200,00 people.

"The missionaries are the ones that saved thousands of Haitians during the time of the earthquake," she said. "We set up clinics out in the streets, we also set up tent cities."

Hodges says she keeps up with the latest developments in Haiti, including the recent kidnapping of 17 missionaries.

"I'm just shocked and hurt. My heart feels like it's bleeding," said Hodges.

Despite civil unrest and instability, she says she understands missionaries are answering their call to serve.

Even if that means putting their own lives at risk.

"if I were not 95 years old, I would go back," she said, adding that the work of missionaries is vital to developing countries like Haiti.