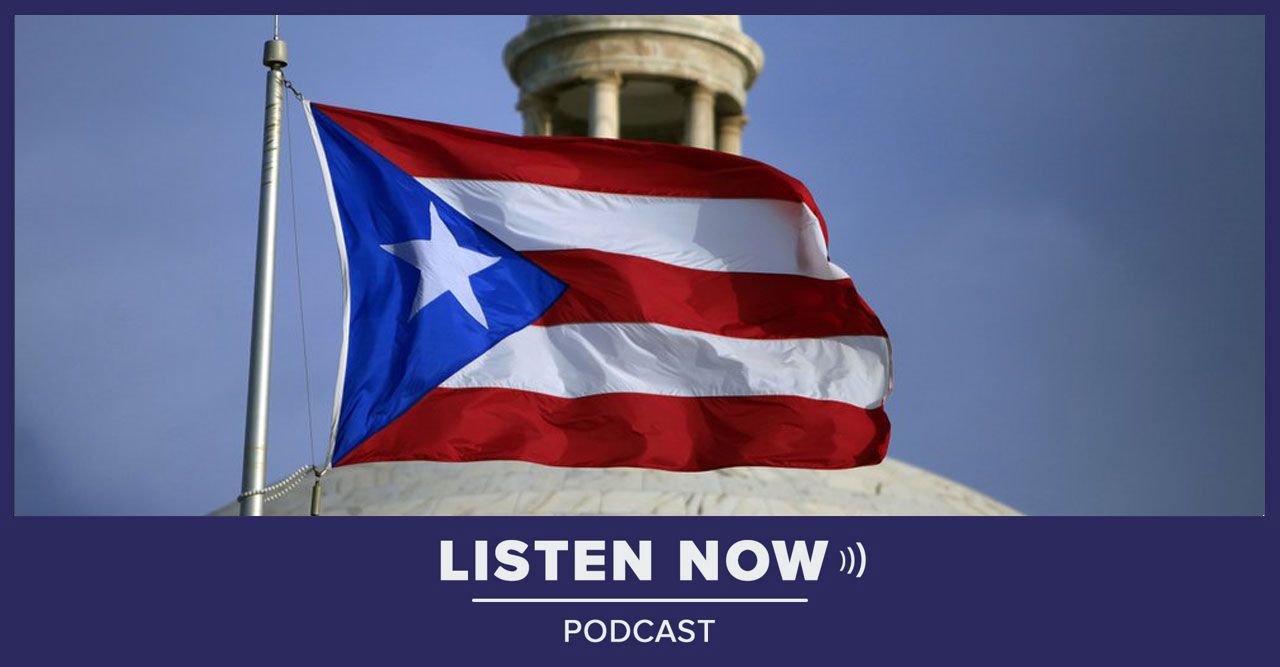 It's a proposal that more than 100 years old and has plenty of support on both sides. And Florida has a growing voice in the debate, with competing bills recently created.

On the latest episode of Spectrum Bay News 9's To The Point Already podcast, Rick Elmhorst and Roy De Jesus discuss the idea of Puerto Rico statehood with Congressman Darren Soto, a Democrat who represents Florida's 9th District and Edil A. Sepúlveda, an attorney and scientist who backs the Self-Determination Act for Puerto Ricans.

Soto, who co-sponsored a bill asking if statehood is desired by the Puerto Rican people, answers the question without hesitation.

"Yes (on statehood), for several reasons," said Soto, whose district includes Polk, Osceola and Orange counties. "First and foremost, Puerto Ricans on the island voted for it.

"This is the time to give them the opportunity so we don't have to fight battle after battle for equality up (here) in Washington like we end up having to do."

Soto's district contains many of the 1.19 million Puerto Ricans in Florida as Orange, Osceola, Polk and Hillsborough have the fastest rising Puerto Rican populations in the state.

The bill calls for "status conventions" of delegates elected by the Puerto Rican people to establish a long-term solution for the island's territorial status, whether it be statehood, independence or something else.

"(This bill) is the one we need," Carlo said. "(It's) democratic, inclusive and includes all the non-territorial options - not just statehood."

And while the island is exempt from the U.S. federal income tax, it still pays Social Security and Medicare and local taxes and receives less federal funding than U.S. states, despite a population that is greater than 19 states.

Many believe the island's territorial status has contributed to its struggle to recover from the hurricanes and earthquakes, as well as worsened its economic crisis, largely caused by decades of heavy borrowing and the elimination of federal tax incentives.

Meanwhile, previous statehood referendums are non-binding as only the U.S. Congress has the authority to grant statehood, Puerto Rico has held six referendums on statehood, the most recent in November 2020.

That referendum saw a 52 to 48 percentage vote in favor of statehood- though the participation was at 54 percent of the people.

The self-determination bill, Carlo said, could help because it could give islanders additional options.

"We want the political and economic freedom," Carlo said. "To make our own decisions."