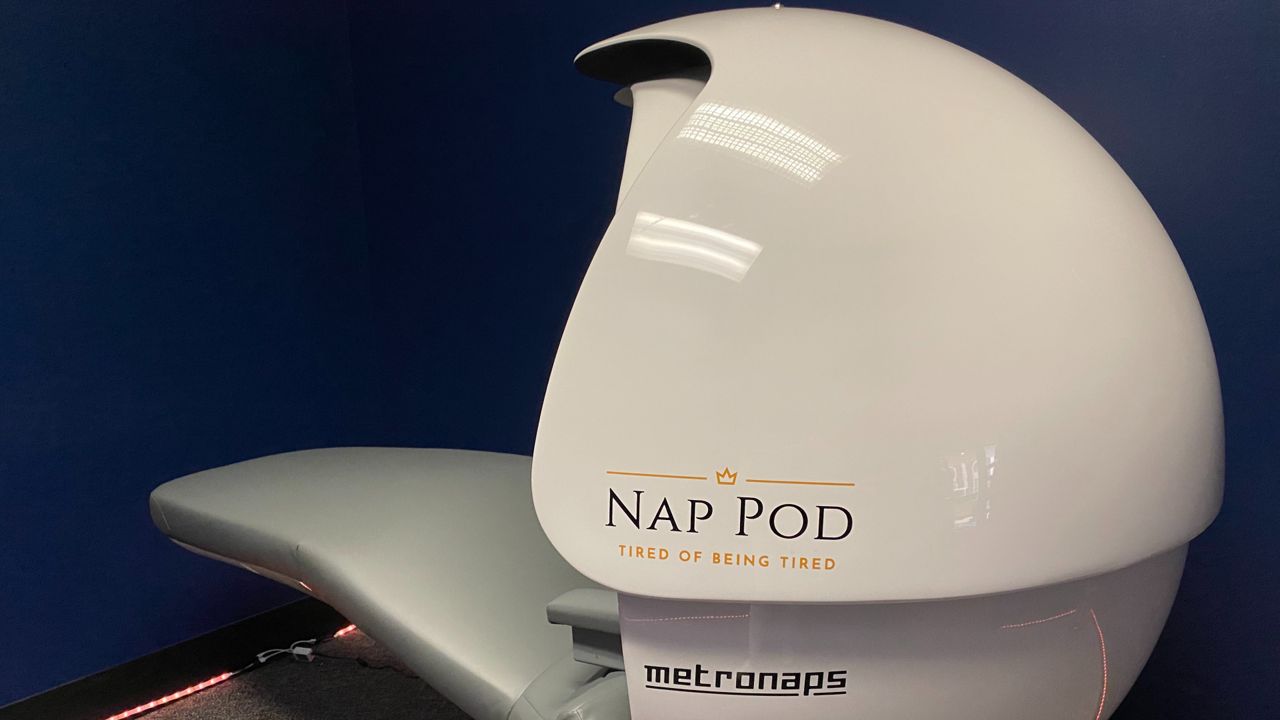 Nap Pod offers a lounge area and two private rooms with pods. The rooms are filled with calming scents, sounds and lighting, while the pods provide a 0 gravity feel. Sessions are 20 minutes. (Angie Angers/Spectrum Bay News 9)

TAMPA, Fla. — Need a few minutes of rest in the middle of your never-ending work day? How about swapping your lunch break for a power nap? There’s now a Tampa business that helps you do just that.


Nap Pod, located on Madison Street in downtown Tampa, was the dream of founder and CEO Scott Chester.

Chester says as a child growing up in South Carolina, his mother drove a school bus. He says he spent hours on the bus each day not getting the correct amount of sleep at night. He then went into the military and relocated to the Tampa area where he worked full time at Raymond James, where he and his colleagues discussed ways to make the workday more productive.

“We began to talk amongst ourselves about what can we do to get a break? What if we have pods like they do at Google, or Zappos, or NASA,” he said. “We were just told that’ll never happen.”

From there, Chester hatched a plan to make napping part of the regular work day for people working in downtown Tampa. He rented space in a central location in an attempt to be accessible to all those working downtown.

You can now take a power nap during the workday in downtown Tampa. Nap Pod is located on Madison St and designed to be a 30 minute break where busy workers can recharge. It’s inspired by the Nap Pods at places like Google and NASA ⁦@BN9⁩ pic.twitter.com/gLyb3siqgQ

Right now, Nap Pod offers a lounge area and two private rooms with pods. The rooms are filled with calming scents, sounds and lighting, while the pods provide a 0 gravity feel. Sessions are 20 minutes which Chester says is the perfect time for a power nap, where a client will feel recharged before falling into a deep sleep.

Chester is hoping that his idea catches on.

“I want to make Tampa the San Fransisco of the east coast,” he said.