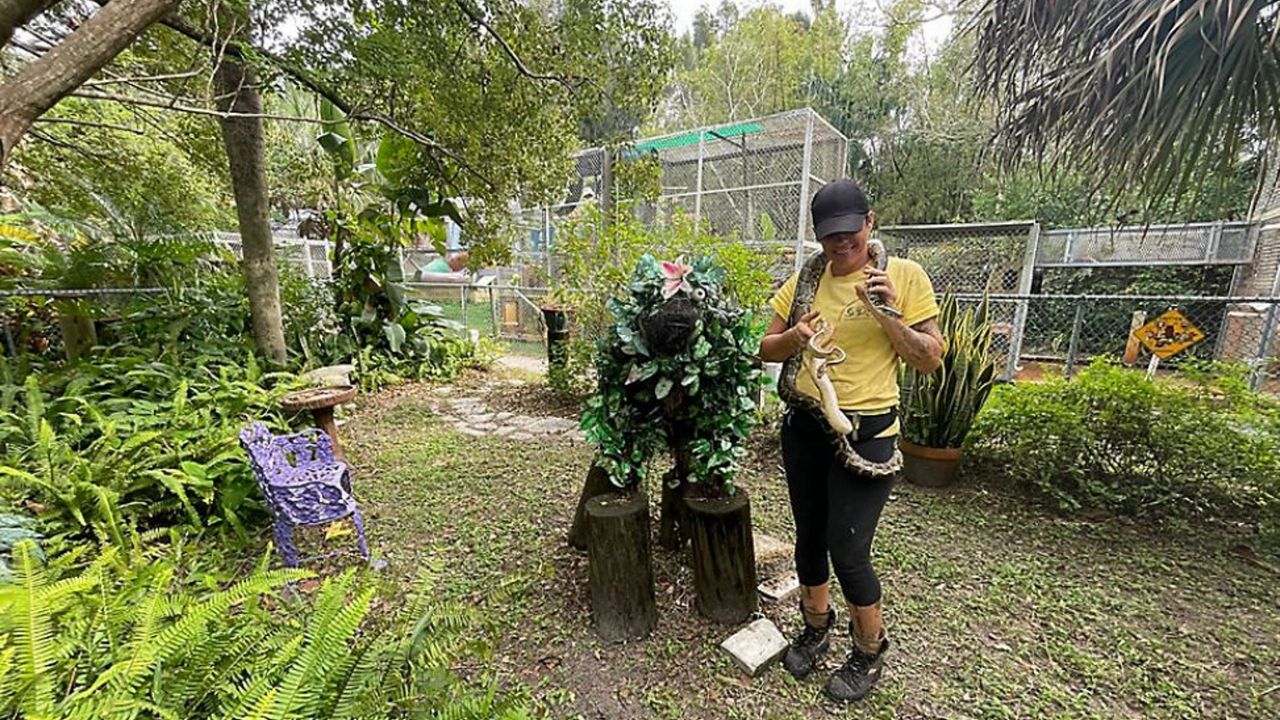 PALM HARBOR, Fla. — Off the shimmering waters of Palm Harbor, a small nonprofit sanctuary has been caring for rescued and rehabilitated animals since the 1940s.

Debbie Cobb spends most of her mornings walking the grounds at the Suncoast Primate Sanctuary and being greeted, enthusiastically, by all its residents.

“Every person and animal has a story," Cobb explained while feeding and tending to one of the sanctuary’s longtime monkey residents, Jake.

She has been interacting with these animals and sharing their stories for decades. Her passion for animals started from childhood, and the sanctuary was passed down from her grandparents, who started it in 1948, to her and her daughters, who now run it.

"Our ratio for caregiving is the same and better than most nursing homes,” Cobb said. “We like to have so many people per section, per animal because, remember, they come from all walks of life. They don't get a choice."

The sanctuary rescued most of them from places such as pharmaceutical research companies, zoo shutdowns and states that have banned them.

When some of Cobb's family wanted to sell off the property after it was inherited from her grandparents, she fought to keep it. She wanted to continue her grandparents’ legacy giving a safe haven to the 130 rescued animals that now call the grounds home.

“What better gift is there to give back to animals like these, and have it be your job at the same time?" Cobb said.

The Suncoast Primate Sanctuary foundation is open six days a week from 10 a.m. to 4 p.m. It is closed on Mondays. For more information, check out the sanctuary’s website.