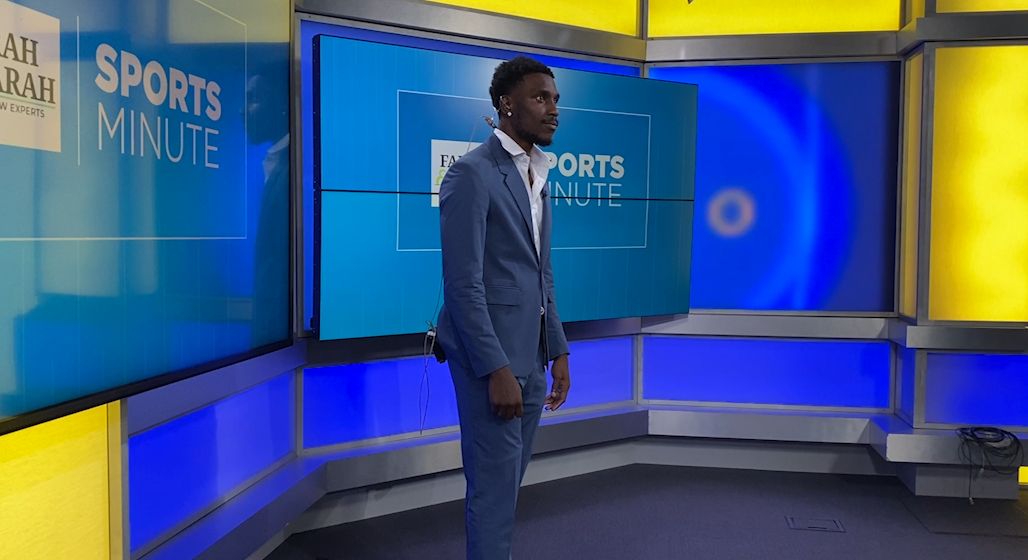 This is their routine most days of the week. KJ running through the paces, King trying to keep up. The former USF defensive back has dreamed of playing in the NFL since he was about King’s age.

And he’s doing all that he can to keep his dream alive.

“Everybody has to have a why, so this is mine,” he said.

This is why KJ pushes his body through difficult workouts. Why he stays in shape. Why he stays ready. Because he knows the phone call could come at any moment from an NFL team in need of a defensive back.

“You gotta believe in yourself and continue to work and put the work in,” KJ said. “And everything else will follow.”

His fellow USF Bull alum Amarri Jackson is making sure he’s ready when that phone rings.

“It’s 95 percent want to, the rest of it he got the talent,” Jackson said. “He’s been ready. He’s been ready since coming out of college. Mentally, physically, he’s ready.”

He just needs a team to give him a chance. KJ’s brief stint with the Los Angeles Chargers earlier this season gave him a taste of the NFL and he’d like some more.

“I’m just hungry for more because I know I can play in the league and I know I belong,” he said.

But just in case that phone call never comes, KJ is also preparing for life after football.

“I’ve always been the guy who thought outside the box,” KJ said. “I’m not naive at all. I know that I’m more than just this. This is what I want to do of course, but this is not who I am.”

KJ recently got a crash course in sports broadcasting, a field he’s interested in pursuing. Working with Spectrum Sports 360 reporter Chris Torello, he got a behind-the-scenes glimpse of what it would take to make the transition from the field to in front of the camera.

Just as adeptly as he picked off quarterbacks for the Bulls, KJ broke down his own plays and analyzed his alma mater’s recent moves.

KJ’s definitely got a gift for gab. And he knows his sports. Especially football. Football is in his blood.

“God blessed me with many talents. I’m blessed,” he said. “Everybody’s not blessed enough to do different things, so I’m not naive, like I said. I’m able to do a lot of things and I enjoyed doing that with you guys.”

As much fun as KJ had in the studio, his real work continues on the football field. That’s because that dream is still tugging at him and he’s still chasing it.

“This is my childhood dream and like anything, I’m not going to stop until I get it,” KJ said. “Your dream can come true if you just keep pushing, if you keep fighting.

“And if you really want something and believe in it, you’ll make it happen.”