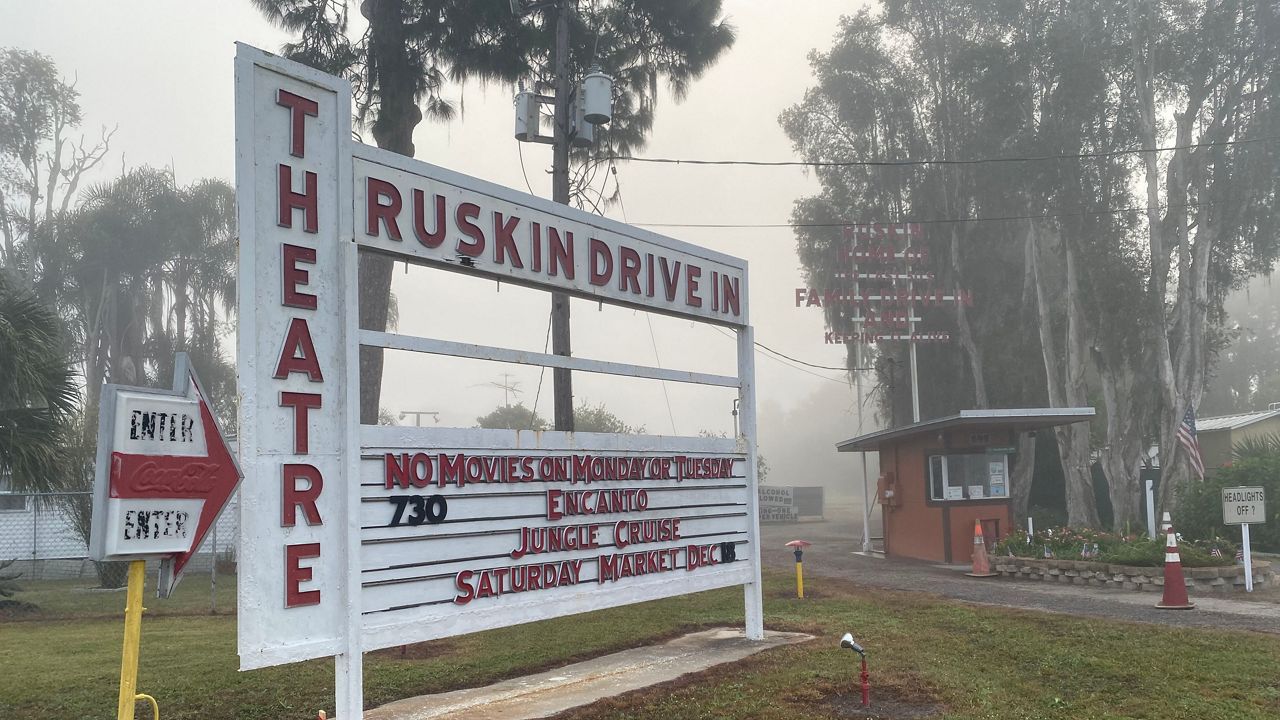 Future of Ruskin Drive-In unclear, but not because of ticket sales

RUSKIN, Fla. — As the Ruskin Family Drive-In approaches its 70th anniversary, the owners fear that nearby development could put them out of business.


Planted just yards away from U.S. 41 in Ruskin, the drive-in has been going strong since it opened in 1952. Owner Ted Freiwald has managed a number of drive-in theaters over his 88 years and says he’s seen many of them go out of business because of ambient light caused by new shopping centers, apartment buildings, and homes. When too many trees are cut down or buildings are constructed too high, the light shines into the outdoor theater and makes it hard to see the screen.

He fears that the Ruskin Family Drive-In will be next.

“I personally was at the graveyard of burying three drive-ins over here locally that didn’t make it because of ambient light from 3 story apartments built on the side of them,” Freiwald said.

The end could be near for the Ruskin Family Drive-In. The owners tell ⁦@BN9⁩ the land east of the property was sold to a developer and if trees are cut down, the ambient light from new homes would put them out of business. It’s Hillsborough County’s last drive-in. pic.twitter.com/lDIfkQxcda

After a blockbuster year during the pandemic, Freiwald says the tone started to shift when he noticed a team of surveyors on the property in September. Weeks later, dozens of trees along the east side of the theater were tagged with red tape.

Freiwald and his wife then received a letter from Hillsborough County informing them of a zoning board meeting regarding future development to the east.

Freiwald says he tried to avoid this problem by protecting the theater with rows of trees in 1957. He says he planted dozens on the north and south sides, as well as some on the east. With a thick layer of woods on the east side, he says he tried to purchase a few dozen feet of land from the former owner to protect the wooded area but was told he didn’t need to.

“They said this has always been a farm, will always be a farm,” he explained. “Just cattle and tomatoes, so we’re never going to sell you any property because you’re not going to need it.”

It seems never has arrived.

The Ruskin Family Drive-In opened in 1952. The owner says in 1957 he planted trees along 3 sides to protect against ambient light. He fears due to development on the east side, some trees will be cut down and the light will put them out of business ⁦@BN9⁩ pic.twitter.com/tjyjnJcvy3

Freiwald’s plan is to continue operating the theater as usual until they learn more.

A meeting of the zoning board is set for December 13.

For their 70th anniversary in April, they plan to play Singing in the Rain with Gene Kelly. That’s the first movie that aired on opening night in 1952.