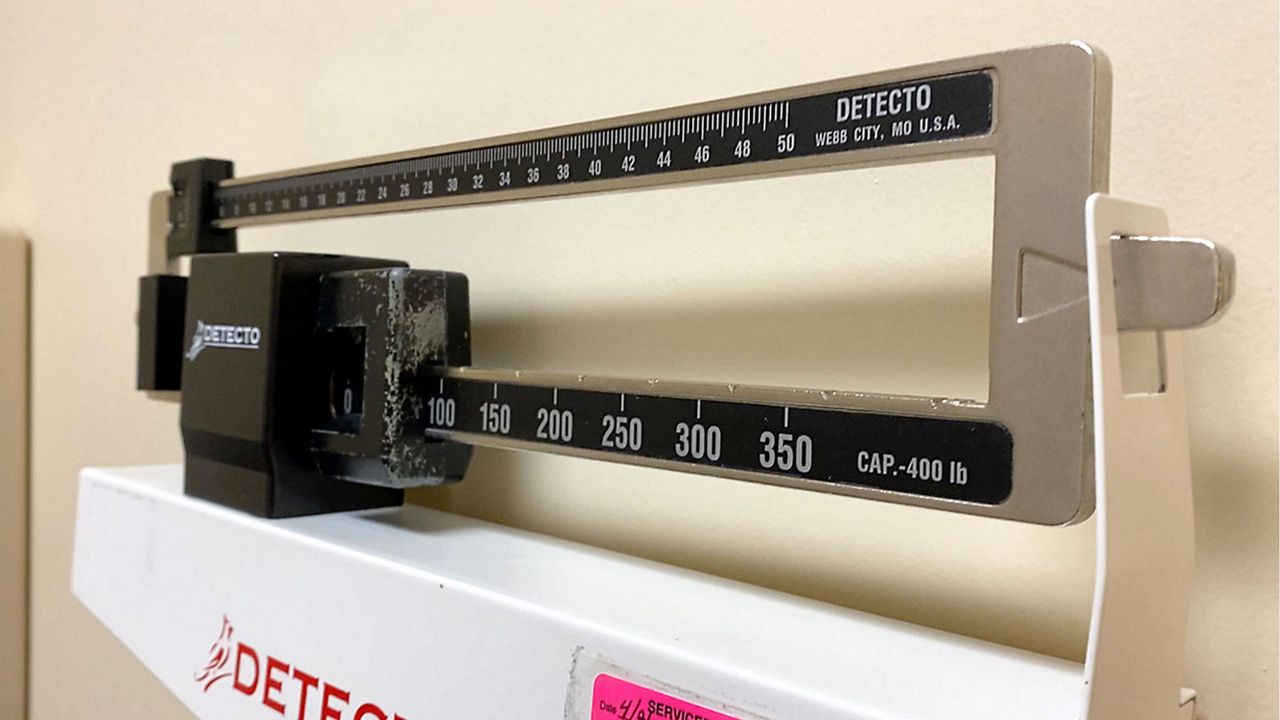 Stress and weight gain aren’t exclusive to anyone in particular, but the numbers for Black women are much higher. Research shows four out of five Black women are considered overweight or obese according to the U.S. Department of Health and Human Services Office of Minority Health.

Researchers at Moffitt Cancer Center are conducting a new study hoping to learn if stress management will help reduce those numbers among Black women and potentially save lives.

Dr. Tiffany Carson, with Moffitt’s Department of Health Outcomes and Behavior, is leading the study.

“It’s called the RESET study,” she said. “It’s based on a weight loss program that has shown success in helping people to modify behaviors to achieve weight loss. However, with the current version of the study, black women still tend to lose less weight than white women and men who participate in the study.”

Research shows over 80% of Black women are considered obese.

“Half of the participants will receive stress management training,” Carson said. “The other half will receive the behavioral weight loss training and then some additional education about women’s health in general, so a lot of learning to happen in both treatment arms of the study.”

Dr. Carson said the need for the study is evident.

“Stressors range from roles as daily caregivers to financial stress to things even associated with stigma, discrimination and bias. And so based on that information, we’ve gone to what we know of scientific evidence and other experts to put together stress management lessons to really target those specific identifying stressors,” said Carson.

She explained their focus for the study.

“We’ve identified stress as an area of concern for Black women who tend to report higher levels of chronic stress. And we want to know whether helping Black women manage their chronic stress, in addition to giving them the training for weight loss, will lead to better weight loss outcomes,” Carson said.

While there’s a lot they already know, researchers say there’s still a lot more to learn.

“Obesity is a multifactorial disease and there are a lot of things that contribute to obesity. We certainly think that some of these social determinants of health may lead to different prevalence of obesity across certain communities. There’s some social norms and cultural norms around body shapes, body sizes, food selection, all of those things may contribute to what we see,” said Carson.

Making sure Black women take part in the study is one of their tallest tasks.

“Identify your mom, your aunt, your cousin,” said Felicia Bell with Moffitt Cancer Center Community Engagement. “You see people that struggle and then you see people that turn to surgery and so I think that this would be kind of that reminder. Like are you really doing everything possible before you decide to seek out surgery?”

Those are the kinds of questions Bell is asking the community with her outreach work.

“You’re taught like you’re the super woman. If you’re not pursuing anything, like you’re not strong. It’s like, wait a minute, I’m not strong. Right now, I’m not feeling strong. I’m feeling stressed and overwhelmed. These things are impacting my ability to focus, my ability to stay on track or even what I eat because I know sometimes the stress is too much and I’m gonna have an extra donut,” Bell said.

Researchers at Moffitt hope that will translate to Black women in Tampa Bay between the ages of 21 to 75 years old. That’s their target group for the study and it’s also a group that historically doesn’t take part in research studies.

“Participants can be any woman that identifies as Black, female in the age range of 21 to 75 years old. And we ask that participants live generally in the Tampa Bay area or at least willing to travel to Moffitt Cancer Center for those four data collection assessments,” Dr. Carson said.

The yearlong study is going to be held mostly virtual aside from a finger prick and weigh-in.

During the 26 sessions of the study, body image and the stresses of social media will also be addressed, along with everyday struggles Black women may experience. Sessions will be led by trained registered dietitians who will teach both healthy strategies for healthy eating and weight management, as well as stress management. Those who take part will gain $300 if they complete the study.