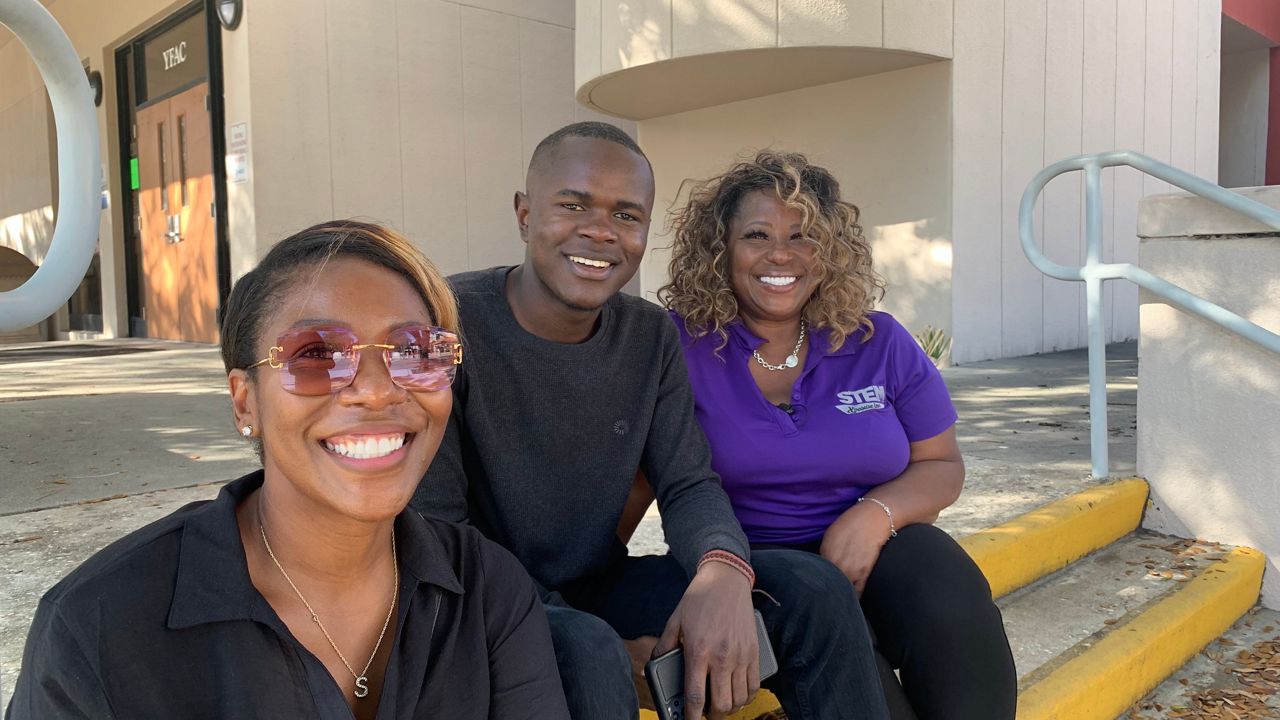 Tampa nonprofit exposing youth around the globe to STEM careers

TAMPA, Fla. — STEM Exposure is a local nonprofit that took a leap into the international market to introduce youth to STEM careers in Kenya.

Nathan Masachi is an alumnus of their STEM camp and is now pursuing his degree in architecture in Tampa.

"I'm really feeling at home at this moment," said Masachi, who came to the United States three months ago after he attended a virtual summer camp by STEM Exposure Incorporated.

He tried to study in America for three years with no success, until the camp introduced him to other options.

At 19 years old, he left his native country for the first time.

"Nairobi is eight hours ahead," he said. "When I came here, all I wanted was knowledge and education."

Those are tools he says will help him help his own country.

"I think my contributions will be helping design houses that are sustainable," he said.

Robyn Donaldson is the founder of STEM Exposure.

"It's so needed," she said. "The percentage of minority architects is 2%."

In three years, Donaldson, an architectural designer, said she never expected her nonprofit to grow so quickly.

"We went global in the middle of the pandemic out of my garage," she said.

That good deed not only reached Nathan but his entire village in Nairobi, Kenya.

Those are key attributes Donaldson said she wants to nurture in other architectural students.

Next year, STEM Exposure will be expanding its reach with programs for architectural design, the science of beauty, code blue, and all construction trades.