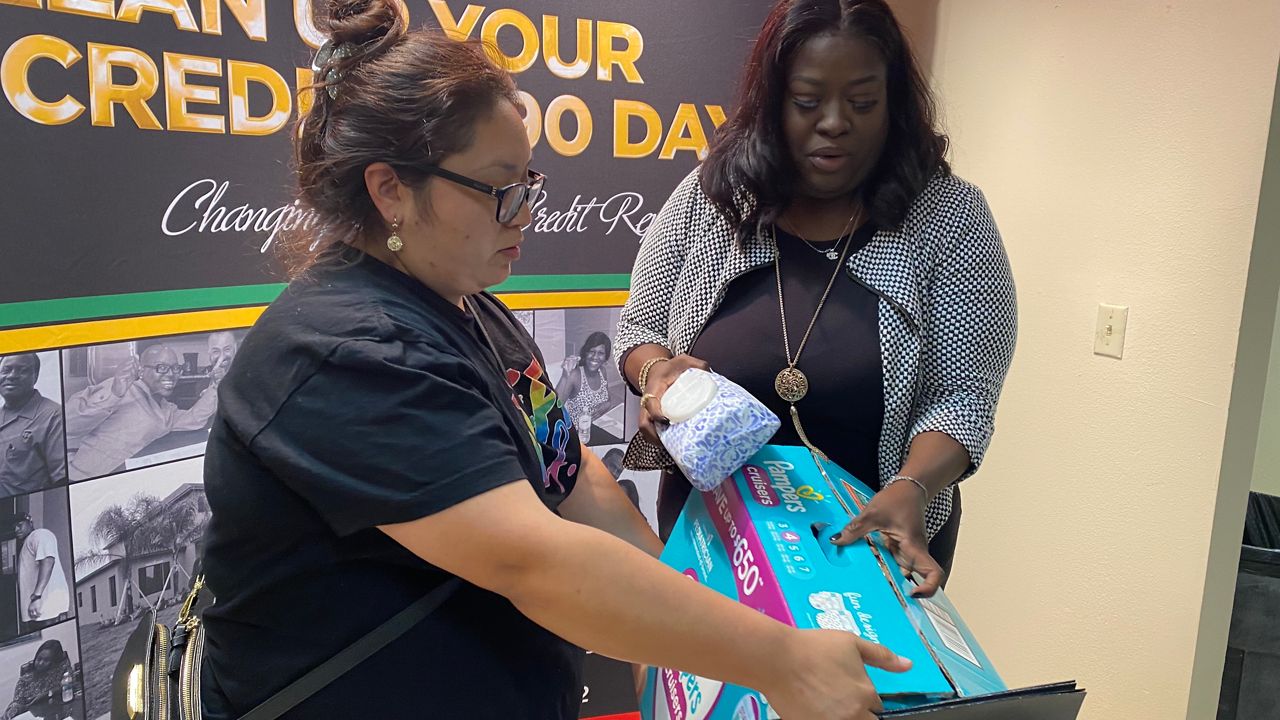 PALMETTO – The rising cost of goods and services has trickled down to some of the most basic necessities and it's impacting families with younger children.

According to the National Diaper Bank Network, one in three American families struggle with diaper need.

When families in Palmetto discovered a Facebook post about a free diaper drive, they initially thought the post by business owner Rachel Speight Hudson was too good to be true.

Speight says she got more than 60 messages from moms and dads to reserve diapers.

Among them was Natasha Mendez who is a mother of five. Her youngest is 1-year-old. "It's a humbling experience to need help and to receive it," said Mendez.

These Palmetto families call themselves lucky after they discovered a free pop-up #diaper drive via facebook. The author of the post, Rachel Hudson wanted to help those who are struggling. She spent $1,000 for supplies and gave away 6 months of free diapers to two families. @BN9 pic.twitter.com/LwUjZZUa2B

Alexis Murrell also did a double-take when she found the social media post. "I'm having a boy," she chuckled. During a raffle at the drive she won diapers for the next six months.

"I'm not working right now. I was stressed out. So, this was a blessing to me," she added.

The blessing also touched the home of Jim Stokes and his 13-month old grandson. "We help take care of him, me and my wife for my son," he said. "No matter how much you make, no matter the social status, it takes all of it to raise a kid."

That's something the event organizer Hudson knows well. Today, she is a successful business woman working in real estate and credit repair.

Hudson spent $1000 of her own money for the drive.

"They still calling in wanting more diapers," said Hudson who got over 60 messages and is still counting.

Some will be shipped to those without transportation.

"I feel good. I want to do it again. I want to give away everything," she said.

Two families won diapers for six months which will be auto-shipped to their homes per Hudson.

She is a planning another drive in the near future.