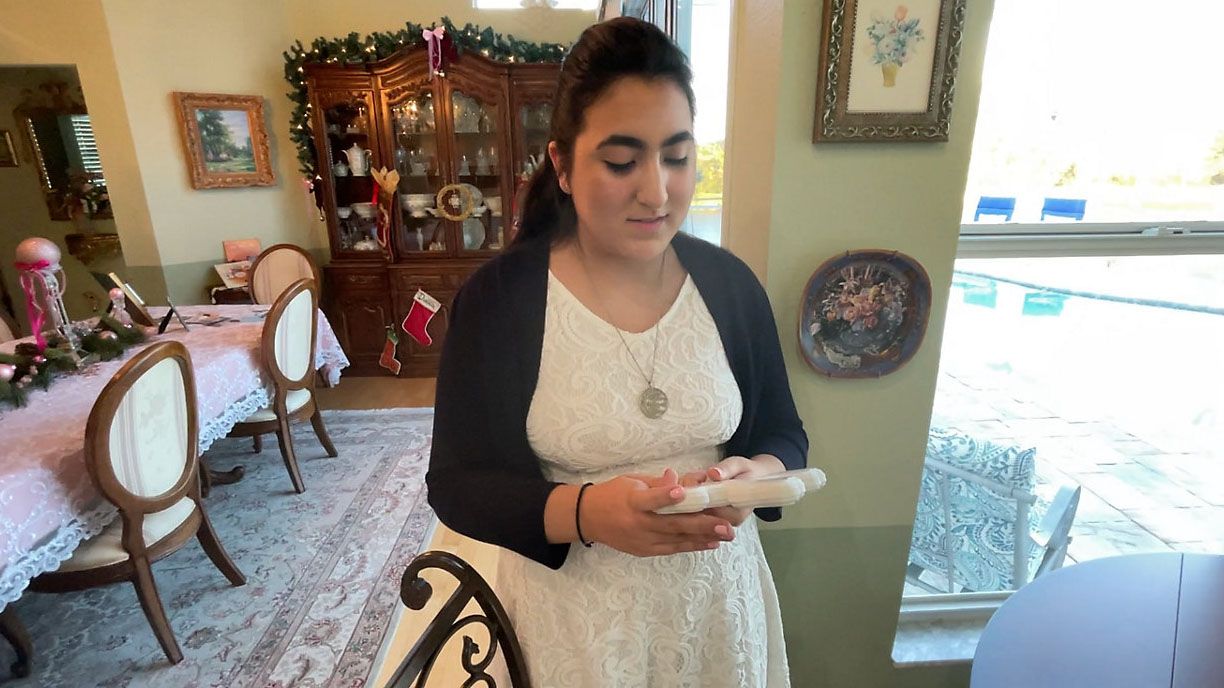 Katerina Lecourezos, 16, was chosen as this year’s dove bearer for Epiphany in Tarpon Springs

TARPON SPRINGS, Fla. — The tradition of the dove bearer returns for Epiphany 2022.

Each year a member of Saint Nicholas Cathedral's choir is chosen to release the dove before the cross dive. Last year there was not a dove bearer due to the pandemic.

Katerina Lecourezos was chosen as this year's dove bearer.


Lecourezos is 16-years-old and has been singing in Saint Nicholas Cathedral's choir since she was eight. She remembers looking up to the dove bearer each year as a little girl attending Epiphany.

“When they said I was picked it was like a dream and I’m like pinch me now. It’s so surreal," said Lecourezos.

Lecourezos has a passion for singing and acting. She wrote and recorded a song in 2020. A music video was released last year. She also co-wrote a book with her mom called Cancer in My Family.

She's performed in countless plays and currently has a role in This Blessed Plot, This Earth the Play. Her role as dove bearer has been incorporated into the play.

Lecourezos has a strong connection to the Epiphany celebration. The cross is made by her family and she's been part of the celebrations through the choir for years.

“Now that I’m dove bearer it’s like I’m able to see myself as playing a part in this moving, great celebration. It’s just going to be so moving for everybody, for the divers, all the priests, for everyone. It’s just a wonderful, moving experience," said Lecourezos.

During the Epiphany celebration, the dove represents the Holy Spirit.

Lecourezos will hold the dove and carry it through the procession and to the Spring Bayou. Before the Archbishop throws the cross into the water, Lecourezos will release the dove.

“I feel very blessed and honored that I was able to get this honor in itself," said Lecourezos.