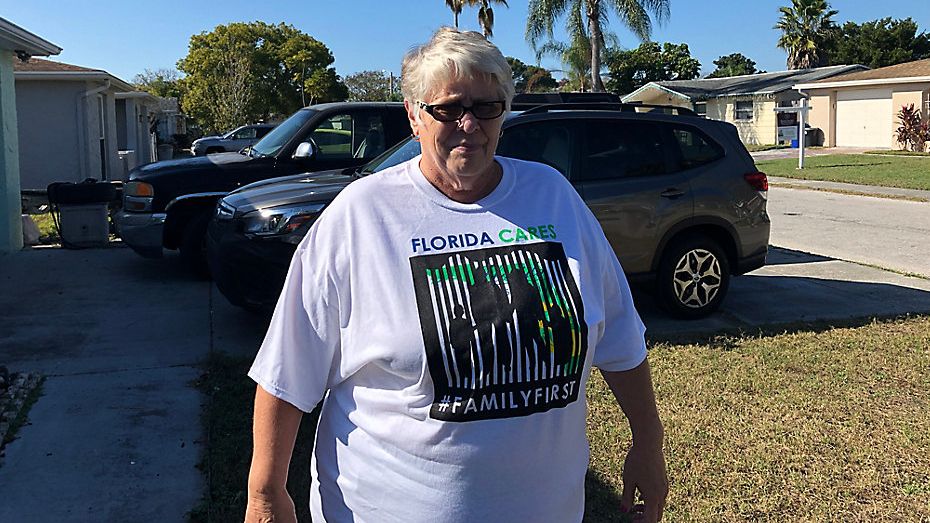 Laurette Philipsen says that paying some type of compensation for labor in prisons is a matter of fairness. (Spectrum Bay News 9/Mitch Perry)

The state of Florida allows for unpaid prison labor, but that could change if a Tampa-based Democratic lawmaker’s joint resolution makes it through the Legislature in the upcoming session, which begins next week.


State Rep. Dianne Hart’s joint resolution (HJR 39) calls for prohibiting slavery and involuntary servitude. If it were to be approved by lawmakers (along with its Senate companion) and signed by the governor, the measure would go before Florida voters as a constitutional amendment on the 2022 ballot.

“I just think that if we work people, they deserve to get paid,” Rep. Hart told Spectrum Bay News 9. “In that way I think it’ll eliminate a lot of issues inside of our prisons when it comes to people being able to get some of the things that they need.”

Hart introduced a similar proposal before last year’s legislative session. She said that she was alerted by The Ordinary People Society to the fact that the 13th Amendment outlawed slavery “except as a punishment for crime,” a loophole which has allowed states to compel hundreds of thousands of incarcerated people to be subjected to forced labor in prisons for decades.

“We’re putting out millions of manpower hours to corporations, to colleges, to the Department of Transportation, and it’s just so unfair that we do that and that they get nothing in return,” Hart said. “And they’re not even getting the ability to be rehabilitated in fact, so, it’s a sad, sad commentary”

The resolution is one of a handful on the wish list this coming session of Florida Cares, the nonprofit advocacy organization that works to improve the lives of the incarcerated in Florida.

“On the Lowell compound where I was, the plumber was a young lady who was a licensed plumber before coming to prison,” she said. “They were utilizing her services to make all the plumbing repairs that needed to be done, in the dorms or in the kitchen on the compound. So the Department of Corrections was saving a lot of money by not having to call in a plumber.”

Philipsen later worked as a janitor with PRIDE  (Prison Rehabilitative Industries and Diversified) Enterprises during the last three-plus years of her sentence, where she says that she made 20 cents an hour.

While that may seem insignificant to those on the outside, Philipsen says it’s actually quite significant for inmates who can then afford to pay for some basic needs.

According to a report from the Office of Program Policy and Government Accountability, PRIDE provided an average of 1,375 workstations for inmate work assignments that trained 2,579 inmates who worked a total of over 2 million hours in 2020.

"You are given the basics according to the U.S. Constitution of what you should have, but you’re given this small bar of soap that is supposed to last you a week, and it lasts maybe three days, you know?”

Hart’s resolution has a Senate sponsor this year in West Palm Beach Democrat Bobby Powell. Similar proposals have been introduced in the past year in New York, New Jersey and Texas.