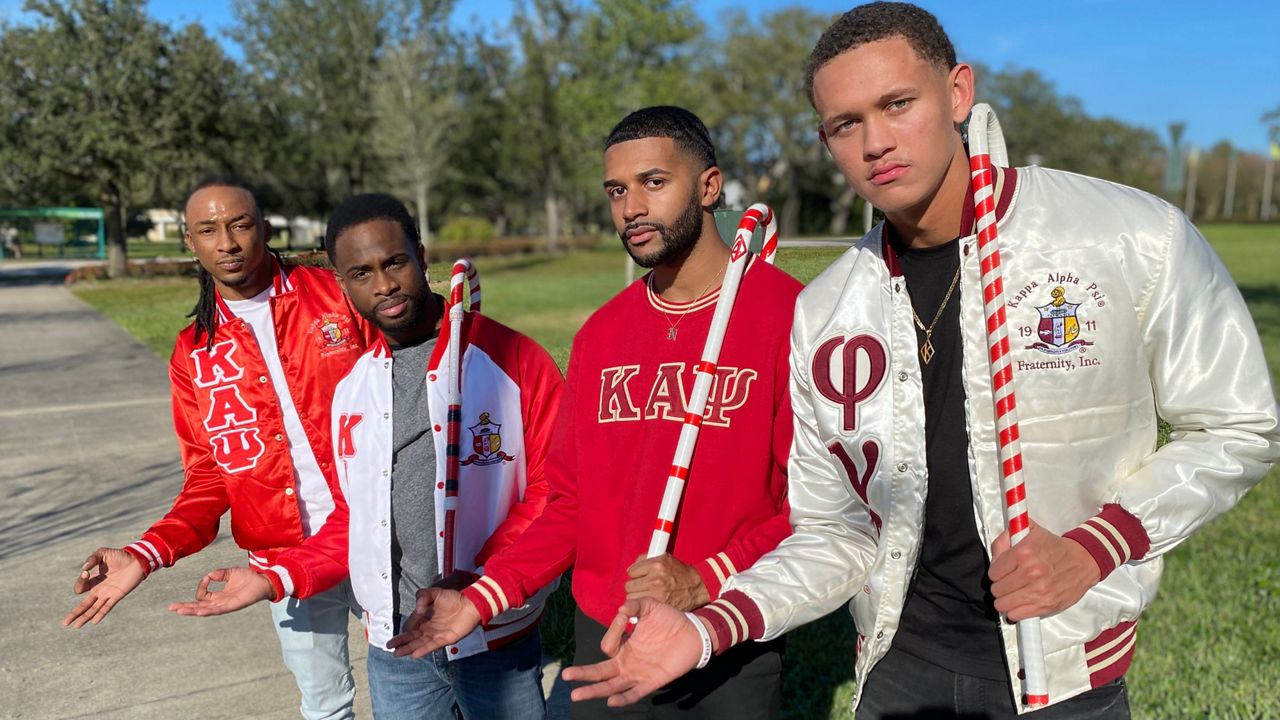 USF Fraternity brothers to compete in The Stompdown Experience

“Historically, it’s something we do as a fraternity,” said Trequahn Jennings, a Kappa Alpha Psi senior marketing major from the University of South Florida.

Stepping started in historically black sororities and fraternities more than a century ago, and it continues today.

“When we are stepping it shows our presence like we are here — we are able to be heard,” said Jennings.

Kappa Alpha Psi has been on USF’s campus since 1972, and they are taking their stroll and cane dance to the big stage.

Jennings and his brothers will be competing at this weekend’s “The Stompdown Experience” at the Florida State Fairgrounds.

“It’s good to be able to showcase that to not only the USF community, but also the people of the Tampa Bay area,” he said.

“We hold it near and dear to our heart … we twirl it," Jennings said. "It looks nice.”

It’s a symbol of the fraternity’s motto and purpose as they move throughout their college campus and life, and something he takes wherever he goes.

“Our motto is, ‘Training for leadership since 1911’ and our purpose is ‘Achievement in every field of human endeavor,’” said Jennings.