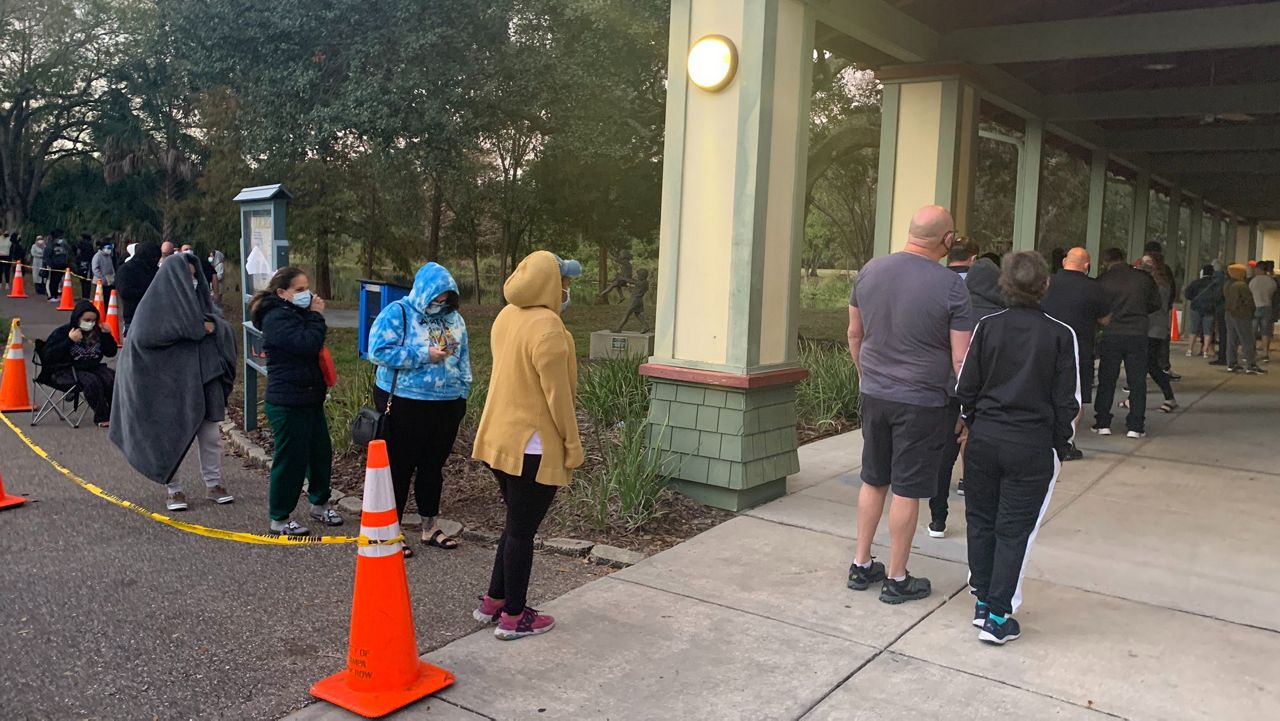 Folks were lined up as early as 5:30 a.m. at the new testing site at Al Lopez Park in Tampa, which opened earlier this week. The site is open from 7 a.m. to 7 p.m. (Tim Wronka/Spectrum Bay News 9)


Florida added 397,114 cases over the past week, according to state data released on Friday.

Folks were lined up as early as 5:30 a.m. at the new testing site at Al Lopez Park in Tampa, which opened earlier this week. The site is open from 7 a.m. to 7 p.m.

Veronica Bernier of Tampa was one of the first to arrive Saturday morning and saw the line was already long. Like many, she brought a chair to wait after having trouble finding tests elsewhere.

“Finding home tests were difficult,” Bernier said. “Trying to get into CVS and Walgreens was difficult. My only way was to try to get here extra early and try to get seen.”

Site is now open and folks are going in to get tested. But the line is already very long. @BN9 pic.twitter.com/IeQ3pkyCAk

With these long waits for tests, we asked Hillsborough County health officials about when it’s best to get tested if you’re worried you have COVID-19.

Ryan Pedigo, with the Florida Department of Health in Hillsborough County, says some people may be getting tested too soon after exposure.

“A lot of times, someone testing too early gives people a false sense of security. We see that a lot,” Pedigo said. “They say ‘I just tested three days ago.’ Yeah, but you were exposed the night before. You have to give it time to reproduce in your system in order for us to pick it up with a test.”