2 arrested after throwing containers of glitter at Clearwater man

CLEARWATER, Fla -- Two friends are now each facing a felony charge after police said they went into a man's apartment and threw glitter at him.

According to an arrest affidavit, Sarah Franks, 29, arrived at the victim's Clearwater apartment on January 10 just before 3 a.m. The report states Franks started arguing with the man who was standing in his fenced-in balcony and proceeded to throw a container of glitter at him.

Franks then climbed over the fence and walked into the man's apartment where she threw more containers of glitter at him, the arrest affidavit states.

She proceeded to unlock the door and let in Kaitlin O'Donovan, 27, who also threw containers of glitter at the man, according to the affidavit.

The two took off and Clearwater Police located the vehicle stating it was 'warm to the touch and glitter was observed on the inside of the vehicle.'

Both Franks and O’Donovan were arrested and charged with felony burglary with assault. They were booked into the Pinellas County Jail. 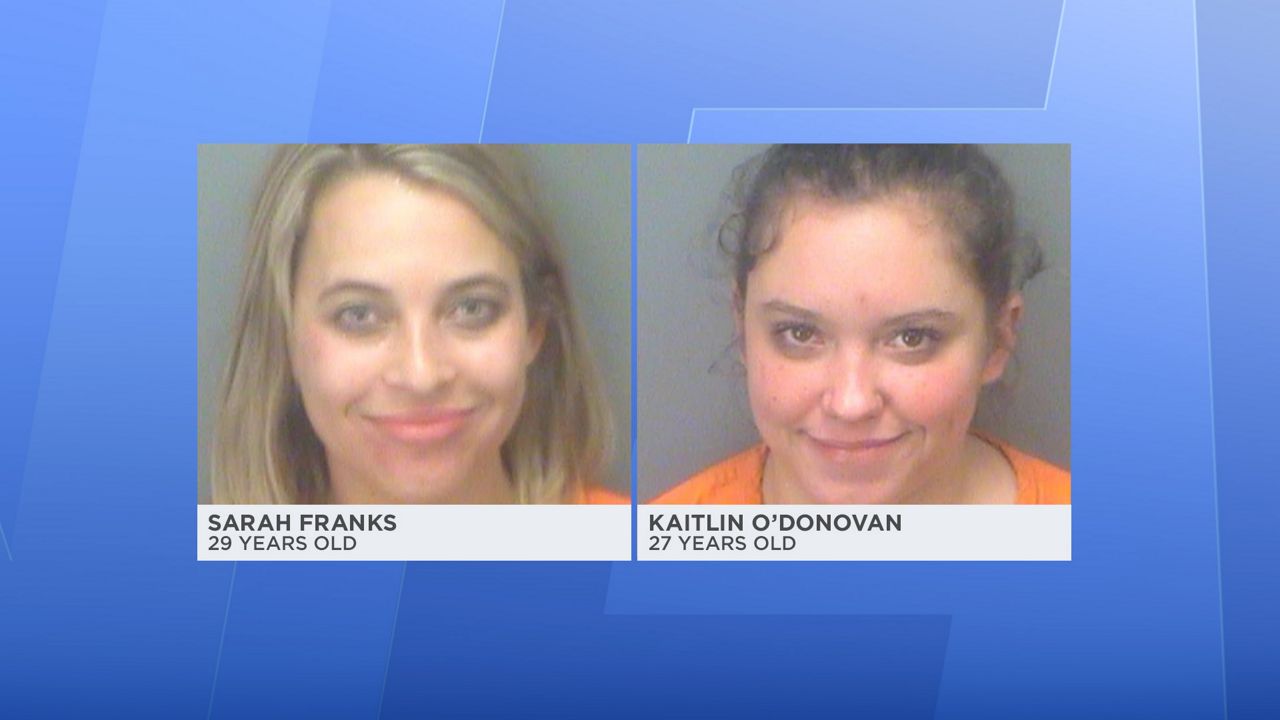