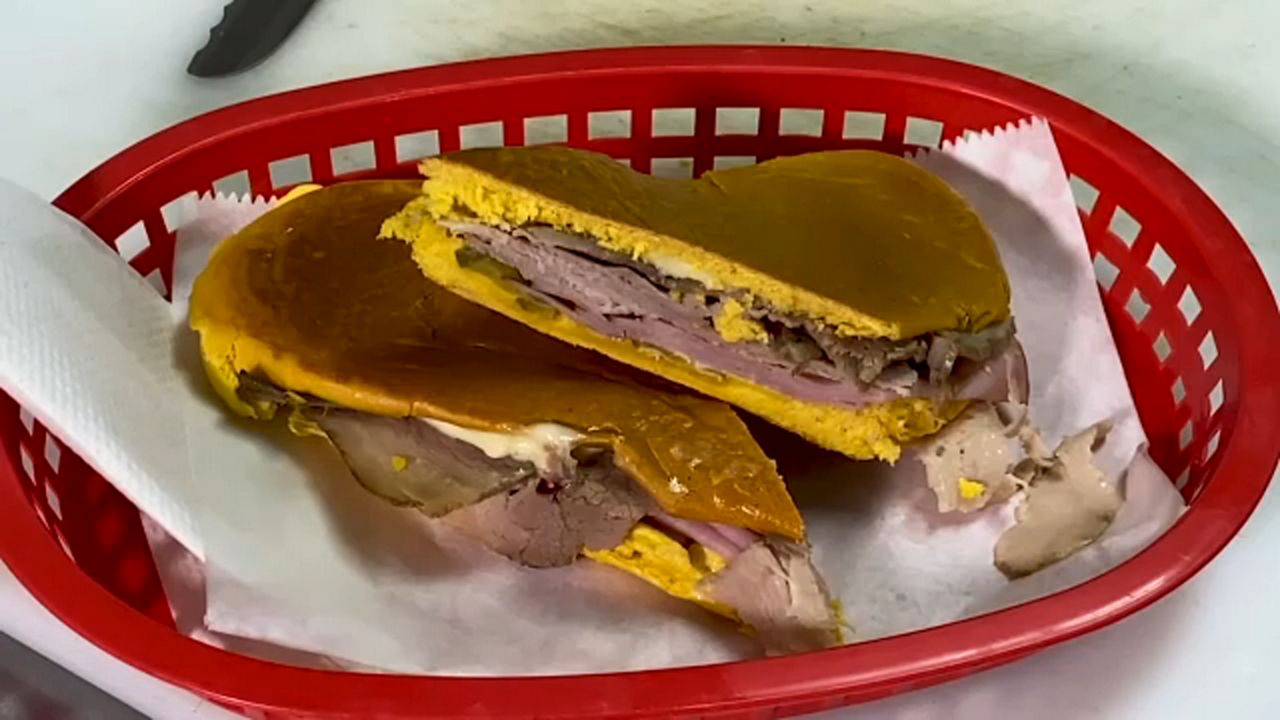 The Media Noche is a pressed sandwich in the tradition of the Cuban, but a little lighter and sweeter. (Bobby Collins, Spectrum News staff)

TAMPA, Fla. — They may have come to Tampa more than a century ago.

But their influence on our food and culture remains.

We’re talking about cigar factory workers from Cuba who lived and worked in Ybor City at the turn of the 20th century.

Many people in the Tampa area are familiar with the much-loved Cuban sandwich.

But they may not have met the Cuban’s late-night cousin—the Media Noche.

People ate this late night in clubs in Havana. And they are still eating here.

It’s something 22nd Street Coffee is bringing to breakfast.

Executive Chef Joaquin Castillo offers this take on the sandwich.

Chef Castillo hits the bread with mayo, mustard and pickles before adding Swiss and White American cheeses. He says the Swiss cheese melts a lot nicer with a little American.

Chef Castillo uses roast pork ad ham, and then wraps the sandwich in sprayed foil for a press.

It’s smaller, sweeter and lighter than its cousin the Cuban.

Just the thing for after midnight.