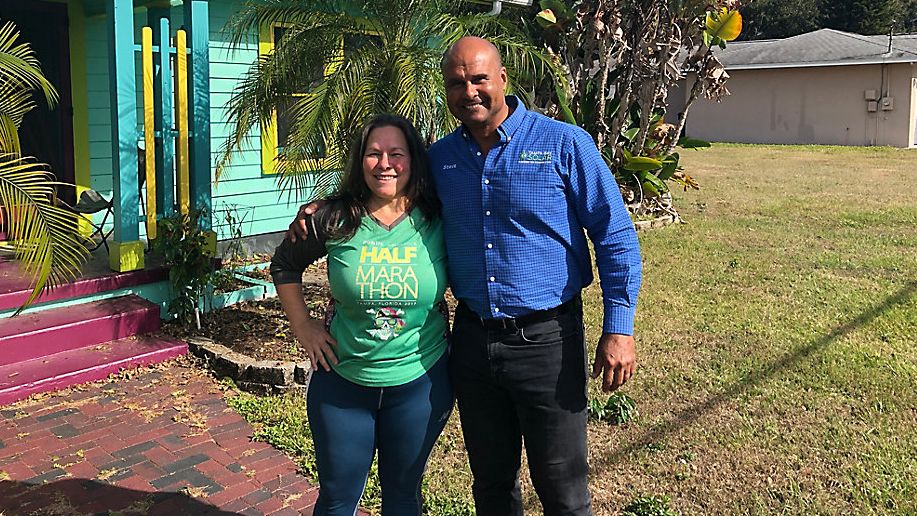 A controversial bill (HB 741) sponsored in the Florida House by Plant City Republican Lawrence McClure that would alter the state’s existing net metering program is being met with fierce pushback from the solar power business community, who say it would devastate the industry in Florida.

“I can tell you that with my 30 employees, I can see at least 70% of them being no longer employed with Tampa Bay Solar, because they’re just wouldn’t be a customer base,” said Steve Rutherford, the founder and President of Tampa Bay Solar.

Rutherford said that while those who invest in rooftop solar appreciate the fact that they’re using an alternative and cleaner energy source, the vast majority of his customers commit to it because it’s a financial investment.

Rooftop solar customers in Florida have swelled to around 90,000, but that’s still only about 1% of the more than 8.5 million ratepaying customers in the Sunshine State.

But advocates for a change in the net metering rule say that what made sense when the law was created in 2008 no longer does in 2022, and that it’s a matter of fairness. They contend that the growth in rooftop solar has resulted in “increased cross-subsidization” of the full cost of electric service onto the majority of ratepayers.

“When you overpay for the excess energy produced by rooftop solar customers, you force the remaining rate payers to share the infrastructure costs. This cost shift to non-solar customers is substantial, and will shortly approach a billion dollars,” said Orange Park Republican Senator Jennifer Bradley on Tuesday, when she introduced the bill (SB 1024) at the Senate Committee on Regulated Industries.

Former Public Service Commissioner (PSC) Lisa Edgar, who served on the agency when it advocated for the 2008 net metering rule, said that “much has changed” since, and that there are subsidies inherent in the rule.

“Subsidies are not meant to stay in perpetuity,” she said, calling on the Legislature to consider reducing that subsidy.

“As the solar industry grows and more and more premium is paid to those fortunate enough to be able to produce their own solar power, it raises costs for the utilities, and that’s simply passed along as rate increases,” he said.

But nearly every other public speaker at Tuesday’s committee meeting came out in strong opposition to the proposed rule change.

“It will hurt jobs. Bottom line,” said Michael Vergona, the president of Urban Solar with 43 employees based in Boca Raton.

He said that solar companies are essentially construction companies, so the proposal would not only hurt the solar power industry, but the construction industry as well.

“When you had additional costs to the costs of solar, you take it off the table for many, many homeowners,” he said. “That’s just the bottom line. That’s just the way it goes.”

Rutherford was a Navy Seal for 22 years who became involved with solar project development while serving at Special Operations Command (SOCUM) at MacDill Air Force Base.

He took the first solar backup battery system into Afghanistan in 2010, which led him to create Tampa Bay Solar when he retired from the military. He said that he’s gone from a two-person company back in 2012 to a 30-person crew today, with more than 25% of his employees being veterans.

Spectrum Bay News 9 reached out to some of the state's biggest investor owned utilities for comment.

“We support this legislation that aims to create an equitable playing field for everyone, because left unchecked, current rooftop solar rules in Florida will cost FPL customers even more in the coming years,” said Florida Power & Light spokesman Chris McGrath. “We have always believed anyone should have the right and ability to put solar on their roof if they choose to, but we do not believe everyone should be forced to pay for that decision.” (The Miami Herald reported last month that records from the Florida Senate revealed that representatives from the energy company drafted the bill language).

Duke Energy Florida says that the company hasn’t taken a position on the bill yet. "The company is still reviewing the proposed legislation to determine our position," said spokesperson Ana Gibbs.

Cherie Jacobs, a spokesperson for TECO, said that the utility had no comment on the legislative proposal at this time.