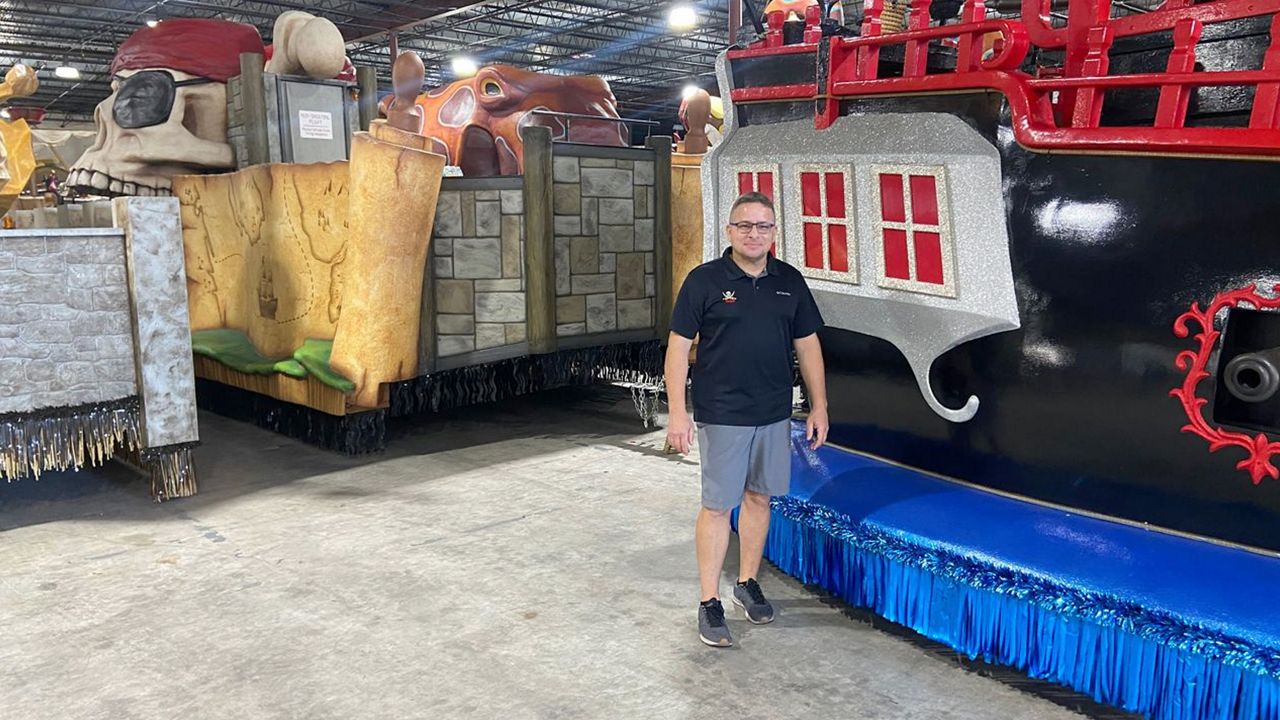 Chris Rivers, assistant manager of the warehouse for Ye Mystic Krewe of Gasparilla, is preparing the floats for the big celebration

Batten down the hatches: Getting the floats ready for Gasparilla

TAMPA, Fla. — When the Gasparilla parades were canceled last year due to COVID-19, Chris Rivers and his family felt lost. His dad has been working in the Ye Mystic Krewe of Gasparilla warehouse since the 80s. Rivers has been involved for almost 30 years.


Rivers said it was tough not having the celebration in 2021.

“Something is constantly happening here and when you lose that, that big piece of Tampa, you definitely feel it. We felt it. We definitely did. It was tough. But we’re back and we’re definitely ready to go," said Rivers.

The floats have been housed in the warehouse for two years. Their generators have to be checked along with the tires. Some floats have special features like water falls. Rivers had to do some repairs on floats, including replacing a pump to make sure it's up and running for the parade.

Chris Rivers has been working in the YMKG warehouse for almost 30 years. His dad has been working here since the 80's and his brother works here too! He says he's excited #Gasparilla is back this year. He felt lost not having it in 2021 @BN9 pic.twitter.com/PQHiu8g9VV

The floats also have to be stocked with beads and items for the crowds. Rivers says they'll have trucks out on Bayshore filled with supplies to resupply the floats during the parade.

The work doesn't end once Gasparilla is over. Rivers and his team will be assessing how the parades went to see what can be done better the next year.

“As soon as we’re done with the parade, we’re looking at what we can do better for the next season and what we can improve," said Rivers.

For more information about Gasparilla and the pirate invasion, click here.