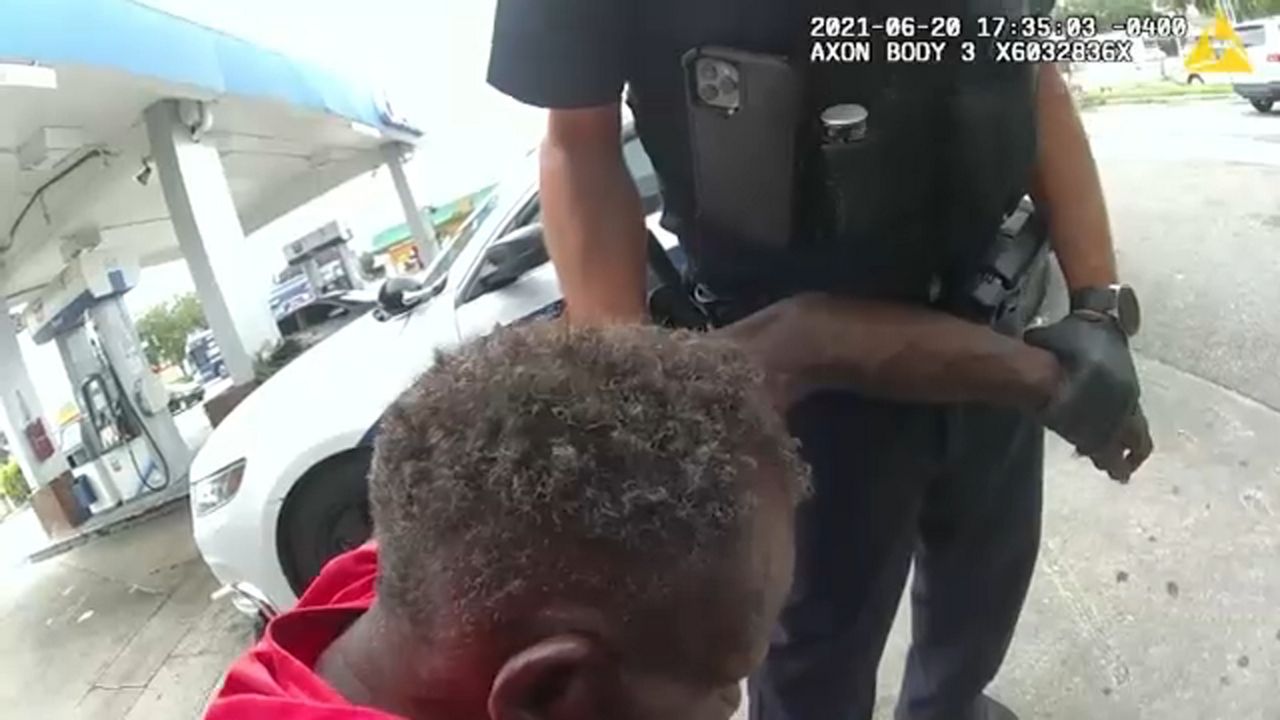 The video shows Officer Matthew Cavinder trying to get a man out of his wheelchair, threating the use of a Taser. (St. Pete Police Dept)

ST. PETERSBURG, Fla. — A St. Petersburg police officer has been terminated for unlawfully using a Taser on a man in a wheelchair.

Video released by the department this week showed Officer Matthew Cavinder repeatedly using his Taser while a man was resisting arrest.

Police Chief Anthony Holloway, speaking at a Thursday morning news conference, called it disturbing and said if an officer can’t control a man in a wheelchair, then he shouldn’t be in his position.

The incident happened in June. Cavinder tried to arrest a man who had five outstanding warrants for failure to appear in court.

The man was face down on the ground as officers were struggling to put him in handcuffs.

That’s when Cavinder used his Taser at least four times.

“There was no de-escalation, he went right to his Taser,” Holloway said. “They had two officers there. If we can’t control a subject like that, then we have a problem.”

“If we can’t control a subject like that, then we have a problem,” says Chief Holloway in response to terminating one officer who tased a wheelchair bound man during an arrest. @BN9 pic.twitter.com/dNtN48I0BD

The officer was terminated Wednesday and had no prior incidents before this event.

The St. Pete Police Command Review Board was involved with the investigation into Cavinder's actions.

Holloway says training is available for officers who need a refresher on when it’s appropriate to use a Taser.