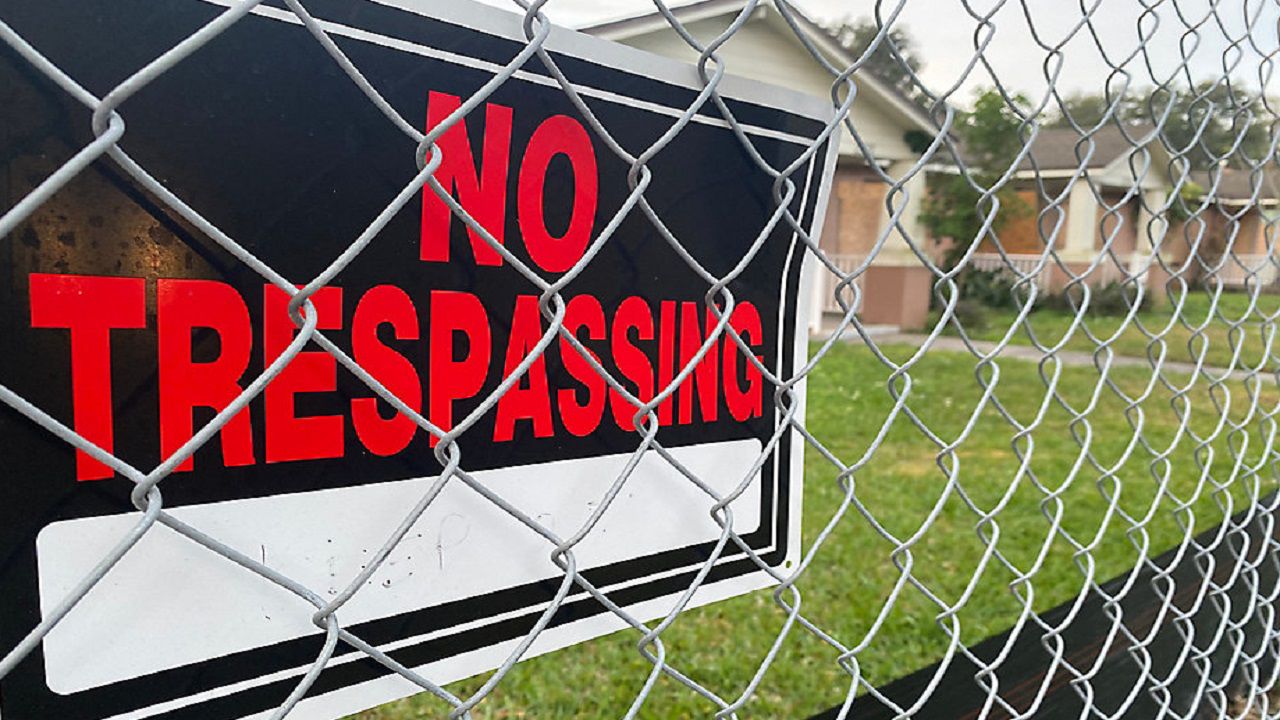 Thirty-one of the bungalows in Jordan Park are set for demolition (Angie Angers/Spectrum Bay News 9).

After years of delays, construction begins at Jordan Park

ST. PETERSBURG, Fla. -- After years of delays, demolition has begun at St. Petersburg's oldest public housing complex which marks the beginning of a major renovation project.

The U.S. Department of Housing and Urban Development approved the $93 million project in November.

Renovations were originally slated to start in 2017 when dozens of units were vacated and boarded up, but hit major delays when five of the seven members of the St. Petersburg Housing Authority were either fired or replaced.

The bungalows that were once part of Jordan Park's senior living community will be demolished and replaced by a three-story senior housing complex. 60 units will be available and include washers, dryers, a backup power supply, and amenities needed to keep seniors safe.

These bungalows in St. Pete's Jordan Park have been sitting empty and rotting for 4 years. Now the $93 million project is moving forward and these houses will be replaced with a 3-story senior housing complex with 60 units. Renovations also coming to 200+ homes @BN9 pic.twitter.com/8i7zvBlLUA

Roughly 85% of homes here are for families who make less than 60% of the area median income.

"Everyones telling us one thing here, one thing there," she said. "A lot of rumors. So to finally see something happening, its like wow maybe what they're saying is finally true."

Watching the demolition take place Woods says provides her a sense of hope.

"There were so many things up in the air and its very scary," Woods said. "Just to know they have a plan and they're actually moving forward."

The St. Petersburg Housing Authority will be managing the property and handle leasing.

Demolition is just beginning at Jordan Park. 31 dilapidated bungalows that were built in the early 40's are being replaced with this senior housing complex. An additional 97 units will be getting full makeovers this year, and the rest over the next 3 years @BN9 pic.twitter.com/TUL28Y9WUu