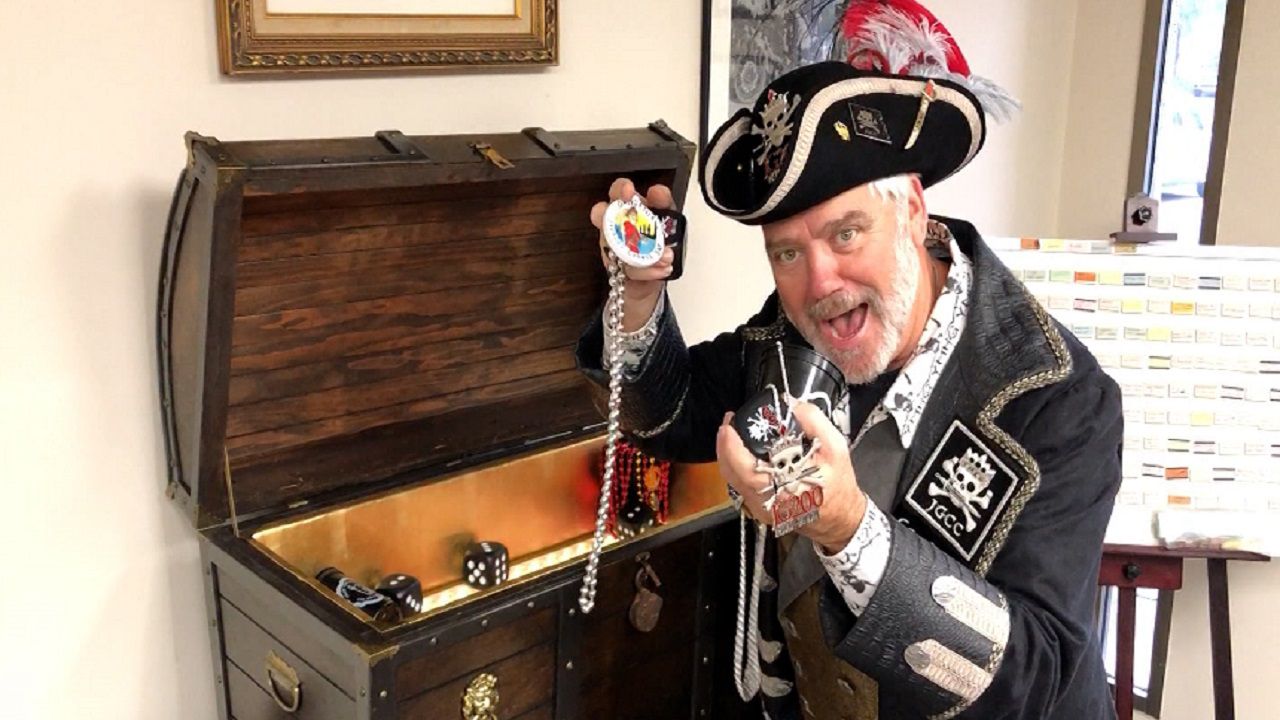 The pirates are set to invade Tampa Bay

TAMPA, Fla. — The pirates are coming to Tampa Bay.

Despite the brutally cold weekend on tap, by Florida standards, thousands are expected to flood Bayshore Boulevard for the annual Gasparilla pirate invasion and parade.

Most parade goers are on a treasure hunt for some of the most sought after beads and medallions the pirate krewe’s have to offer.

Ye Mystic Krewe of Gasparilla Captain Pete “Lion-Hearted” Lackman has something special in his krewe’s booty chest for this year's parade.

One is a new medallion called "Pirates Invade Champa Bay."

On it, a pirate is pictured with a football and a hockey stick, paying homage to the Tampa Bay Lighting and Tampa Bay Buccaneers championships last year.

The most sought after medallion of the year is expected to be the JG200.

“This bead is very significant this year,” said Lackman. “This is going to become the collectors bead. Why? Because it celebrates the JG200, the 200th anniversary of the death of the pirate Jose Gasparilla."

Jose Gasparilla was the pirate that started it all in Tampa Bay, who legend says roamed the waters of Tampa Bay in the early 1800's.

Tampa Police are warning any boaters wishing to follow the pirate ship into Tampa Bay about the small-craft advisory from 10 p.m. Friday, continuing in to Saturday.

Police are urging boaters to stay off the water in small vessels, and to celebrate the invasion this year from dry land, especially for those not prepared to handle choppy waters.