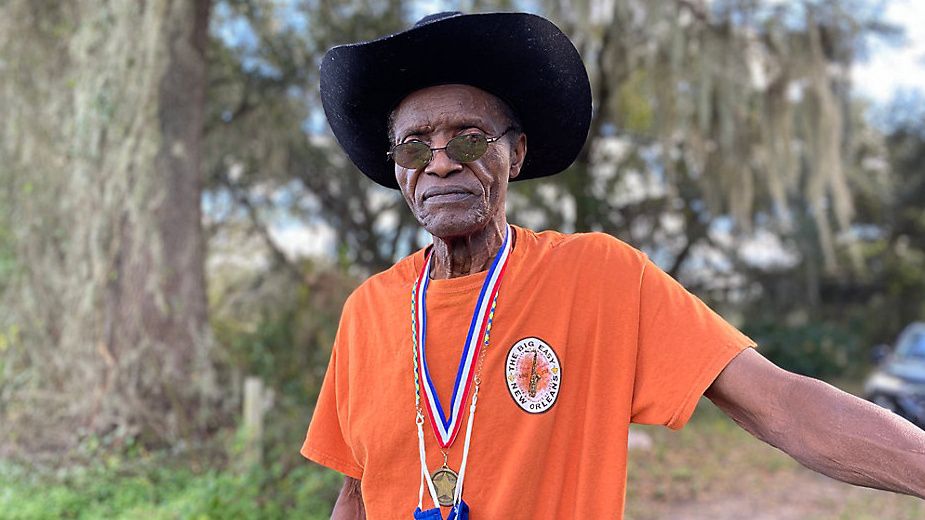 The untold story of Black cowboys in America: How one Florida farmer made history

POLK COUNTY, Fla. — Al Everett said he dreamed of the day that the bottom would rise to the top, but he never thought he’d see it himself.

“My grandparents lived on a plantation as slaves, together, before they moved to Florida,” said Everett. “That was over 100 years ago.”

Everett, who has fond memories of his grandfather, said that Black cowboys were the most skilled at their craft in the early 1900s.

His grandparents were married on a slave plantation in Valdosta, Ga., where they both worked the land. These are skills that they passed on to second- and third-generation farmers within the family, like Everett.

“We are intertwined and braided into the history of America,” said Everett.

When Africans were taken from their homes and brought over to America in boats to become slaves, many already had significant farming skills. This was put to use on slave plantations.

Studies show that many slaves were used to do the grunt work, with the cattle and horses, that many steered clear of.

“We was the best — not some of the best, we were the best,” said Everett. “We broke horses and trained the mules — we did all of this for the white men because he could not do it, and I say that boldly.”

“We did all this for the White man because he couldn’t do it.”

Retired foreman takes us back to the early 20th century, where he says Black Cowboys were the most skilled at their craft.

Hear his family’s story from slavery to Cowboy Hall of Fame, on @BN9 & @MyNews13 at 5. pic.twitter.com/qhcNVMWYbt

After President Abraham Lincoln issued the Emancipation Proclamation in 1863 freeing the slaves, many of them used their knowledge of the land and farming skills to make a living. Everett’s grandfather was among that group.

“You don’t read about that in the books, now do you?” Everett asked. “We was the everyday cowboy back then. They called the white man cowhand and the Black man cowboy.”

At least 1 in 4 cowboys were Black in the early 1900s. The horsemen that most people heard of were white.

The hit 50s TV series "The Lone Ranger" is believed by many, including the Western Heritage Museum in Forth Worth, Texas, to actually be based off of the life of Bass Reeves. Reeves was a Black cowboy and the only U.S. Marshall of color west of the Mississippi River.

He’s still known as the best, but despite this, the character in the TV show was a white man.

“They didn’t want to see us on their picture screen — we were Black,” said Everett. “They only wanted to see what made them feel good and that was another white person. They wanted to erase us.”

Everett said his father was born a free man and, after working on the railroad, he went right into farming. But his inability to read or write limited how far he could go.

“All my dad knew was farming,” said Everett. “Where we just left from, that store? The man my dad was sharecropping with owned the store. By my dad not being able to read or write, all the vegetables were bought right here. Eighteen wheelers would come right to this (Seffner) market.”

"My grandfather was a slave; my dad was a free man but he couldn't read or write so he was also a slave."

80 y/o farmer tells the untold story of Black cowboys in America, during the early 1900's.

Farming, as well as selling and raising livestock, was a big part of the Everett family in the 20th Century and that’s now carried into today. Al, who was a paratrooper in the Vietnam War, said that when he came home from the war, he started farming again.

“I am one of seven brothers, but the only one that stuck to what our father learned us, and that’s farming,” he said. “In 1965, the government stepped in and made it possible for a farmer — a Black man — to go and make a loan and farm on his own.

"That’s when my dad stopped sharecropping. Not only him, the rest of the Blacks and poor whites.”

Slavery was followed by a century of racial discrimination that limited Black farmers from buying their own land. This is documented as one of the first big changes for Black farmers.

“It allowed a Black farmer to have some independence,” said Everett.

And while Black farmers still speak of their struggles today in the industry, a wave of positive changes have been implemented over the decades, like the Multicultural Cowboy Hall of Fame.

“I was invited to the 17th annual event and inducted into the Cowboy Hall of Fame up in Texas,” said Everett. “I couldn’t believe it. My daughter and her friend were with me and between them two, they had to hold me up. I burst into tears because I couldn’t fight anymore.”

The Western Heritage Museum awarded Everett and several other Black farmers for their dedication to their craft and years in the farming industry.

Everett said he and his younger brother still tend to the land and cattle.

“We used to throw rodeos back in the day to raise money for the church,” he said.

In the 70s and 80s, Everett said he and his brother raised enough money for AME Church in Hernando County to start building.

The rodeo was held at Bellamy Property in Hernando. The man that owned the barn then passed it down to his nephew, Burton Bellamy, who still owns the property today.

“That was our time,” said Everett. "And we made the best of it."

Everett said he is thankful he is here to see a new day, where farmers of every race can share a love of the land with one another.

“I’d been waiting a long time," he said. "I heard about the one day — that the bottom was going to finally come to the top.”

The Pulitzer Center, which supports untold stories throughout the globe, said stories like Everett’s deserve to be told. The center funded research used to further Everett's story.

Did you know the rodeo started from cattle-herding practices of Spain, Australia & America?

Up until the 60’s Black Cowboys weren’t allowed to compete in the sport.