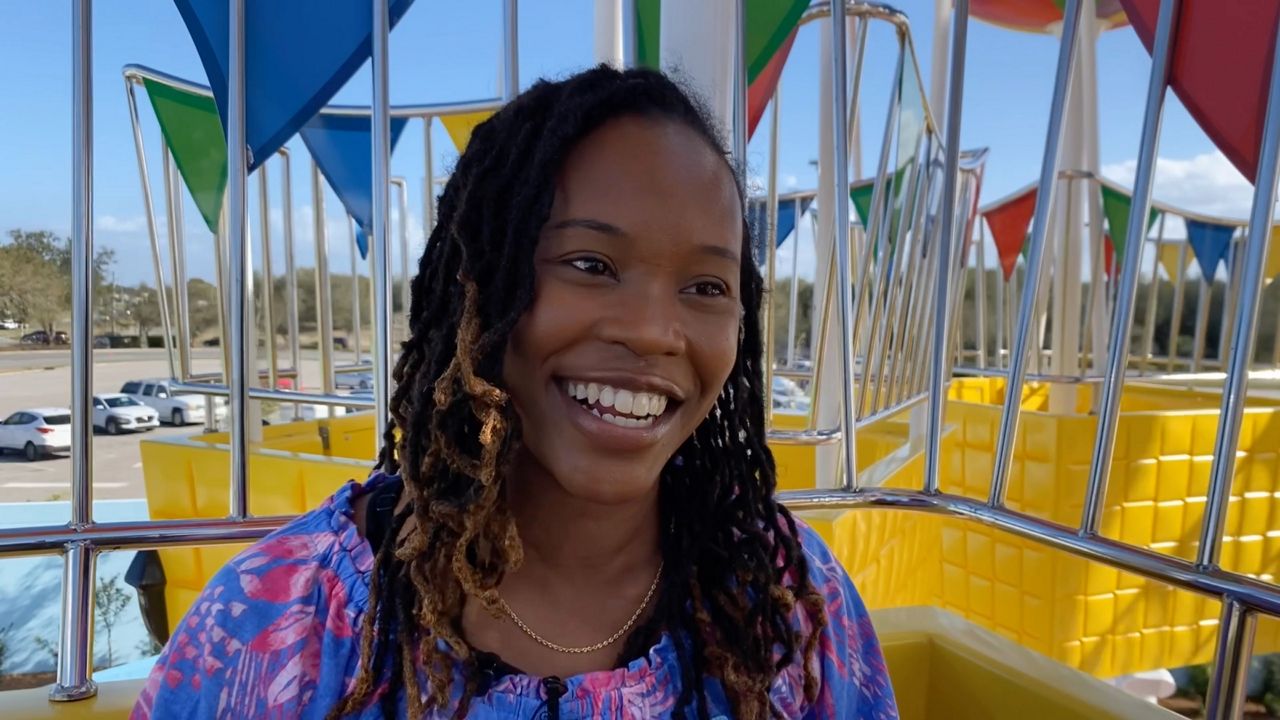 Peppa Pig Theme Park is on the eve of its Feb. 24 opening.

Situated next door to Legoland Florida, it’s the first park of its kind geared toward the preschool crowd.

For the head of Peppa Pig Theme Park, Altoniece Reynolds, the hot air balloon ride is just high enough to see where she began her theme park career a decade ago at next door’s Legoland Florida.

“So, I started as a front-line staff working during spring break in the parking lot,” she said. “Now I’m the head of the Peppa Pig Theme Park. It means a lot, and it shows hard work pays off. I’m very proud."

That’s compared to next door neighbor Legoland Florida, which comes in at 150 acres.

Both are owned by Merlin Entertainment.

Luckily for Reynolds, her children speak fluent Peppa, and they repeatedly offer their consulting services.

“Basically, ‘Mommy I want to go to Peppa Pig. Are you going to work? When you gonna bring me back to work?'" she said.

Pepper Pig is a Queen. Pre-schoolers get a theme park they can chew on—Just wait till you see the tents. It’s just like the play set. Opens Feb. 24th- our sneak peak story is cooking… @BCollinsPhotog @PeppaPigFlorida @BN9 #PeppaPigFL #PeppaPigThemePark pic.twitter.com/RlYOr6Kfca

She said work involves splashpads, because you know how Peppa and George love a puddle in their wellies.

“I think this one is the gonna be the place to be, the spot to be,” said Reynolds. “Especially during the summer — water, water, water.”

The splash pad is next door to the theme park’s ultimate ride — the Daddy Pig Roller Coaster, not to be confused with the more advanced white-knuckle fear coasters.

Daddy Pig is geared toward the preschool set — a pink knuckle ride.

“I’m so excited to have people on Daddy Pig's Roller Coaster today,” he said. “We’ve been waiting for this for years.”

Reynolds has already made dozens of laps on the Daddy Pig coaster.

And now she’s ready to make history at the park's Feb. 24 opening.

“I just want to lead the team as we go forward and potentially have another one come around the world, since it’s the first one," she said. "Just want to see it grow, see how it shines."