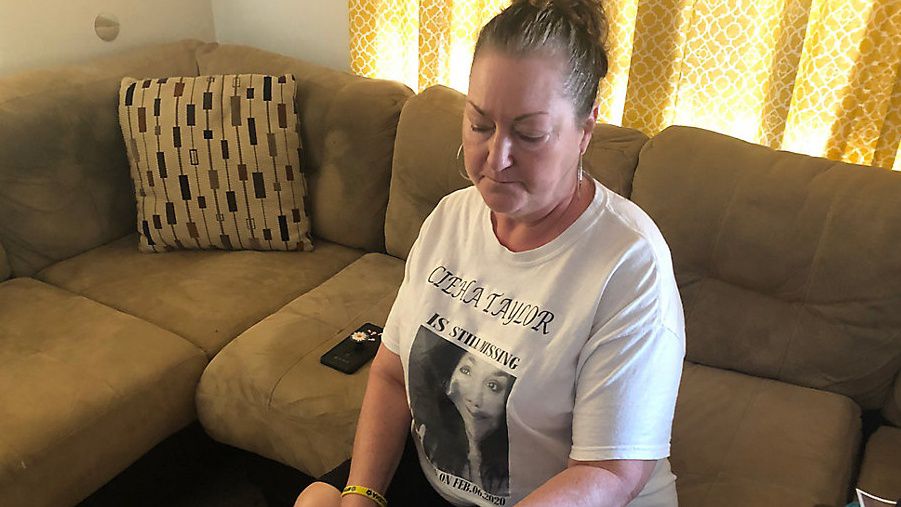 Canitha Taylor is hoping someone comes forward with information about her daughter's whereabouts. Cieha Taylor has been missing for two years. (Spectrum Bay News 9/Jorja Roman)

HILLSBOROUGH COUNTY, Fla. — It's been more than two years since Cieha Taylor was last seen in Plant City. Since then, her family has been searching for her and begging the public for information about her disappearance. Cieha was 28 years old when she went missing. Her family is offering a $10,000 reward for information that leads to her whereabouts.

Cieha's mom, Canitha, said her daughter would not just leave everything behind and disappear. She's hoping someone will come forward with information about what happened to her. Canitha says her daughter struggled with drug addiction, but she had been turning her life around before she went missing.

“She was doing responsible, adult things that would not give me the impression that she was ready to book somewhere and, ‘I never want to speak to you again, Mom,’ when this was her safe haven here, this house, me, her family. She leaned on us for everything," said Canitha.

I spoke with Cieha Taylor's mom, Canitha. She's devastated and just wants answers. For two years, she's been hoping her daughter would walk through the front door. She says Cieha struggled with drug addiction but before she went missing she was trying to turn her life around @BN9 pic.twitter.com/FaaNwq4k64

On February 6, 2020, Cieha had been at the home where she was staying with her boyfriend. That evening, her car was found running on the railroad tracks near East Trapnell Road in Plant City. Canitha says the door was open, her phone was on the ground and her wallet was inside.

The Hillsborough County Sheriff's Office said that when law enforcement officers responded to the location of the car, the decision was made to move it to the side of the road since a missing persons report had not been filed yet.

Three days later, her family learned about her car being on the side of the road and that's when they filed a missing person report.

Canitha said since then, they've been searching for clues and hoping Cieha would come home, but no one has heard from her.

"It's terrible to lose a child and have to bury them. It's worse to have to just not know where your child is and not have that closure. It's worse," said Canitha.

Cieha's family has a Facebook page called Finding Cieha where they share information about her case with the community. Hope Taylor, Cieha's aunt, said they just want answers about happened.

“We’re in torture because we can’t say goodbye. We’re lost in this nightmare of what happened to her? Is she alive? Is she not?" said Hope.

The family is now getting more help from people in the community. A group of retired law enforcement officers and veterans is looking for clues in her disappearance. The group of volunteers called "We Are The Essentials" has been searching the area where her car was found.

The Hillsborough County Sheriff's Office says detectives continue to follow up on leads and they're encouraging anyone with information to come forward. You can reach HCSO at (813) 247-8200. Crime Stoppers is offering up to $5,000 for information in this case. You can submit tips anonymously.