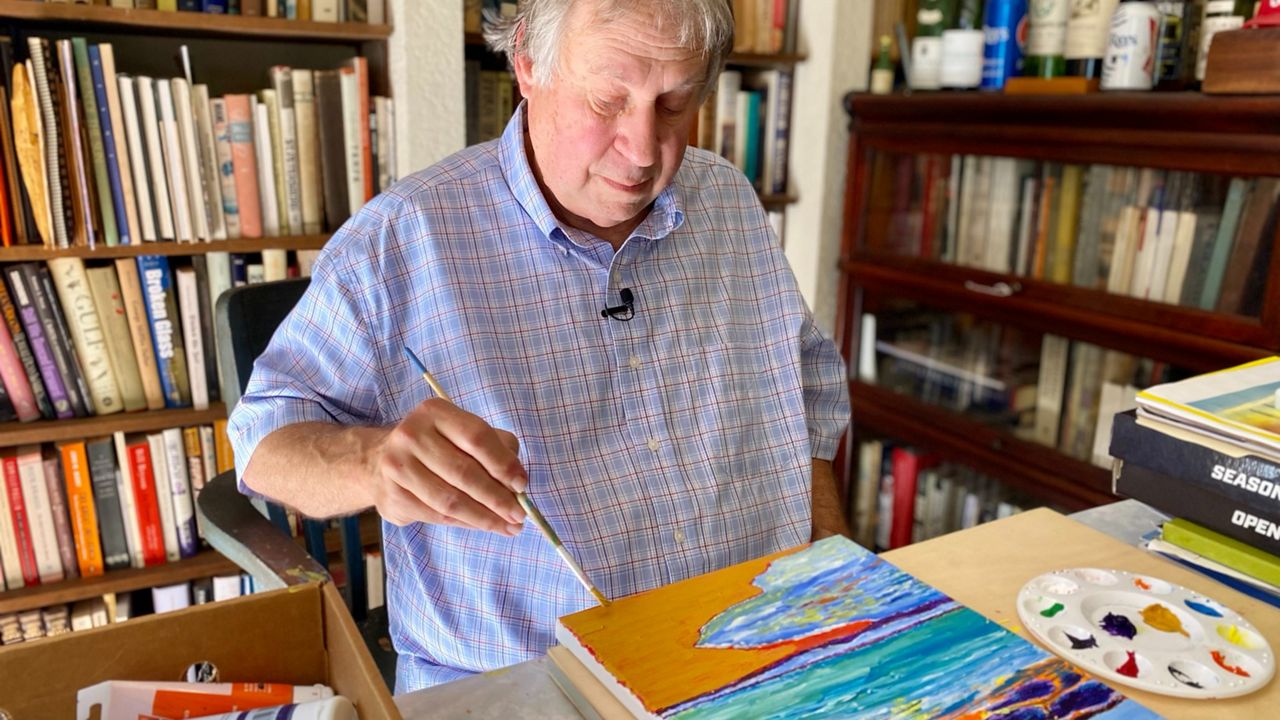 “My goal is to have painting good enough to hang in my daughter’s bathrooms,” he said.

His book is a biography of John Lewis — U.S. Representative, Civil Rights activist and original 1961 Freedom Rider — which was a group of black and white students and activists taking interstate busses into the south to protest segregation.

Arsenault has written extensively on this topic.

“It was a transformative time in American history because you are taking the struggle out of the courthouse and into the streets,” said Arsenault. “I never could figure out why these 436 people, like John Lewis, why they were the ones who stepped forward and risked their lives at such a young age. John Lewis has this phrase ‘Good Trouble.’ People were just kind of attracted to ‘Good Trouble’ I guess.”

Lewis died in 2020. That same year, Arsenault left a five-decade teaching career, most of it at USF St. Pete, to finish his John Lewis book. He had just finished a biography of tennis star Arthur Ashe.

Two years later and his manuscript is almost done. And while he works to finish this book, he sees the subject of another come to life.

Just released — a PBS documentary on Marion Anderson, and Arsenault lends his expertise.

In 2009 he wrote a book on the world-famous singer’s concert at the foot of the Lincoln memorial in 1939 — set there after segregation left her nowhere to perform.

“I always wanted to do this,” said Arsenault. “I always wanted to focus on Civil Rights and on these courageous figures whose stories were lost. A lot of them were sort of the foot soldiers of the movement. Or they were involved in cultural affairs—not obviously political—like Arthur Ashe, like Marion Anderson, who were very important in breaking down racial barriers. But they didn’t set out to be civil rights activists. In a sense, they became activists because of their inner integrity and eventually deciding they had to take a stand.”

Arsenault continues his life’s work, documenting the relentless fight for equal treatment in the face of white supremacy. And now he has more tools in his own hands to give an intense pop of color and beauty in the face of evil.

“And so nothing gives me more pleasure than uncovering these stories,” said Arsenault.