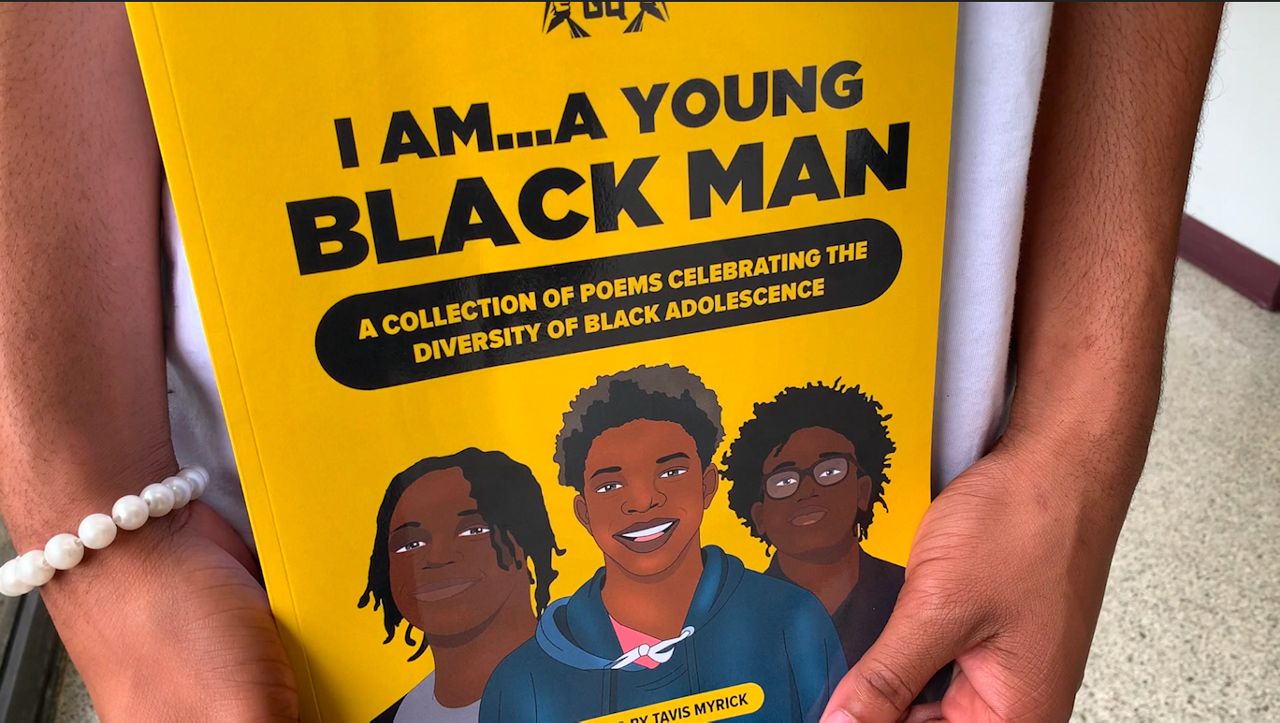 TAMPA, Fla. — A collection of poems authored by students in Hillsborough and Pasco County Schools is now being featured at the National Poetry Museum in Washington D.C.

"The experience for all of my peers was really good," said Keith Canady Jr., who is still on Cloud 9 after his trip to the nation's capital with Gentlemen's Quest, a mentoring group for minority students.

A collection of poems authored by Hillsborough & Pasco County Students is now being featured at the National Poetry Museum. Proceeds from book sales funded a Washington D.C. trip for the

They visited Howard University and the National Museum of African-American History.

"For all of us to go and look at some of the stuff our ancestors went through," Canady said. "It hit a lot of us. A lot of us was in tears."

He and 23 other students co-authored, "I Am a Young Black Man."

The book has paved the way for these authors to be featured at the Natinonal Museum of Poetry.

"The students communicated to me that they felt like their voice was actually being heard - and not just at a local level but at a national level - from people in Washington D.C. to want to come and hear them," said Tavis Myrick, Gentlemen's Quest executive director.

"In addition to us being in the museum, there was the museum curators as well as some local poets that was there to hear them read their poems."

The book will be sold at the museum until their supply runs out. You can also purchase the book through Gentlemen's Quest.