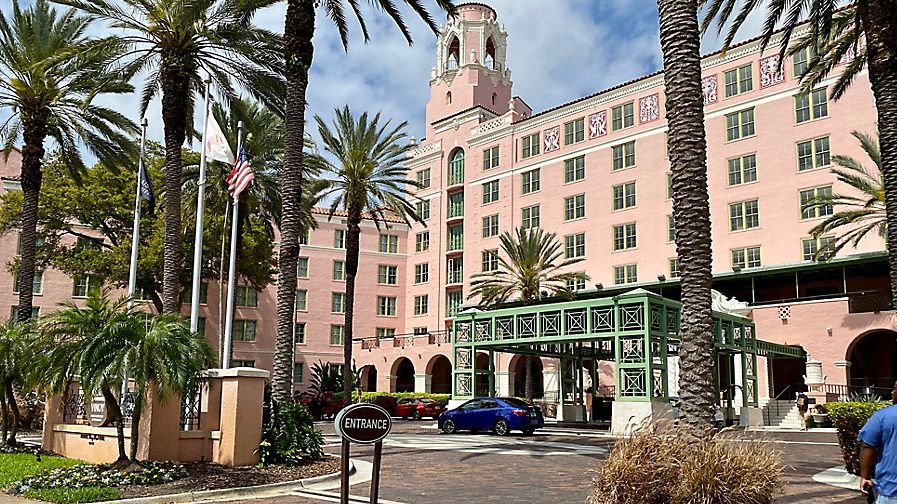 "All indications that we're seeing right now is we're going to have a gangbuster March, and I think really leading up to April," said Steve Hayes, CEO and president of Visit St. Pete/Clearwater. "It all comes back to people wanting to get out and travel."

The Vinoy Renaissance in downtown St. Petersburg has an eye-popping, record-breaking rate for the upcoming weekend. A guest room with a balcony in the Tower Building has been advertised for more than $1,000 per night.

“Thanks to the demand for luxury experiences in downtown St. Petersburg, the Vinoy Renaissance is breaking records with rates soaring as high as $1,000 per night, the highest ever in the resort’s history," said Tabish Siddiquie, the Vinoy's general manager.

Supply and demand have been playing a role in the Vinoy's record rate for special events, as 155 rooms are currently under renovation and won't be available until later this year, Siddiquie said.

"Not only is The Vinoy Renaissance a destination in itself in the heart of downtown, with our championship 18-hole golf course, private marina and historic front porch perfect for sipping a cocktail while overlooking the Tampa Bay," he said. "It’s also within walking distance to many of St. Pete’s top attractions, including the Salvador Dali Museum and the new St. Pete Pier."  ​

Hayes said supply and demand has also been playing a role in Pinellas County's record-breaking numbers. January saw the highest average daily rate (ADR) the county has ever had at $156, compared to all previous January months. February had a record-breaking ADR at $215, which is the highest on record for any month in the tourism agency's history.

"Keep in mind that occupancy and ADR reflect back to supply and demand," said Hayes. "When there's a strong demand, the price goes up, and that demand is showing."​

The ADR for the last week of February was about $260, the highest in the nation.

"We actually led the top 25 markets in the nation," Hayes said. "The region was just below that, so I think it just shows the fact that there is a strong demand for traveling to this area because our occupancy was still up but our ADR was up even more."

The occupancy rate in February was 79.4%, which was higher than last year but lower than Februarys before the pandemic began. Hayes said data shows even though there were fewer visitors, they still spent more money.

"Everyone wanting to get away and especially from a short distance," he said. "I think you're going to see a lot of business transacting here in our beaches."

Pinellas tourism is breaking records. The Vinoy in St. Pete has a $1K per night rate. The GM says it’s the highest in the resort’s history. Visit St. Pete-Clearwater says the ADR in Feb. broke records & led the nation. @BN9 pic.twitter.com/gTctb1qNVl