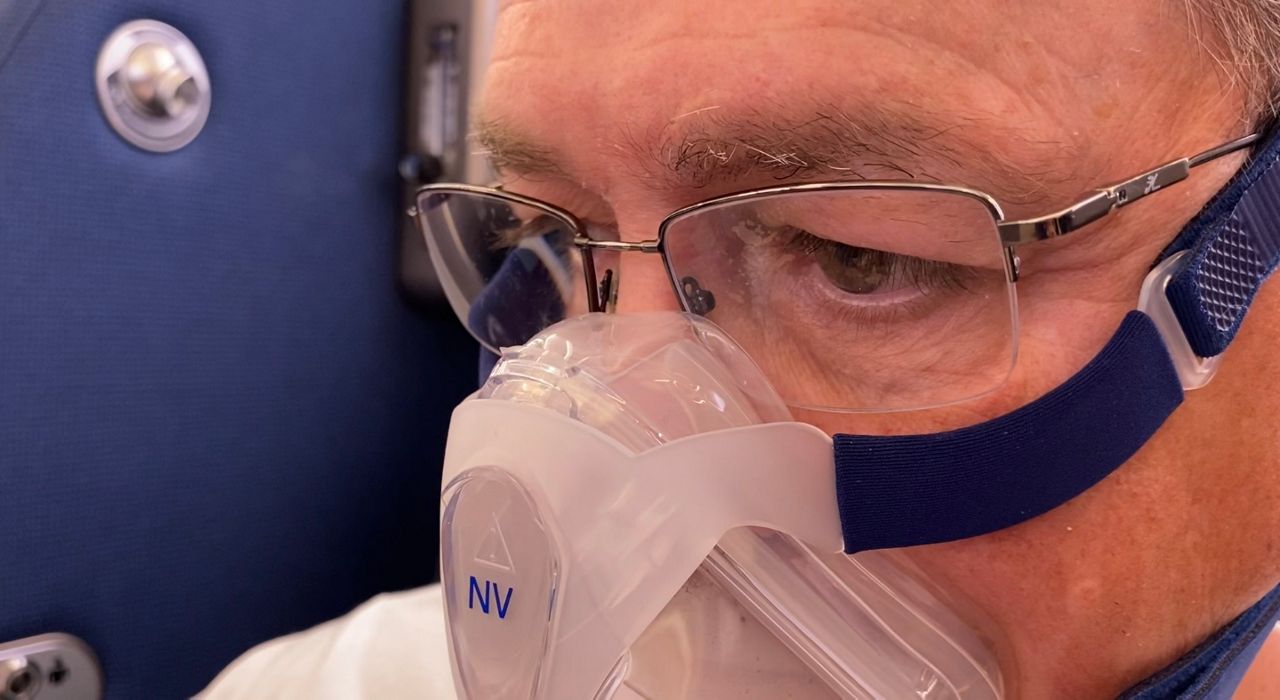 THE VILLAGES, Fla. – For veterans living with PTSD, a new treatment option in Florida is changing not only their outlook on life, but their brain function as a whole.

Hyperbaric Oxygen Therapy, or HBOT, has been around for a long time, but to have it used in a unique way to treat PTSD is very new.

It's happening at Aviv Clinics in The Villages.

The Villages have one of the largest concentrations of veterans in the country.

Over three months, patients in the therapy group saw improvements in mood, cognition, depression, and PTSD.

Veterans in The Villages going to Aviv Clinics are also seeing the same type of positive results.

"So the hyperbaric oxygen, it gets the oxygen to the cells that need it, but also in our protocol as we fluctuate those oxygen levels, we will trigger the body to start healing itself. We will get blood vessels to grow in the brain. We will get new connections in the brain, new nerve cells. This was unheard of. Back in medical school, I was taught you couldn’t regrow nerve cells in the brain, but now you can," said Aviv Clinics Central Florida Medical Director Dr. Mohammed Elamir.

“We have a saying, veterans of foreign wars, which I’ve been a member of, how many veterans are disabled? All of them, because every one of us leaves a little bit behind," Smith said.

His military career took him all over the world, but it's the part of him left behind that never went away.

“I unfortunately saw soldiers die in training accidents and I had a young trooper die at my feet one night. You never forget that," he said.

Smith only rated his PTSD at a 2.

“I just kind of kept it hidden. Although my wife can tell in my sleep and other events at night that I was having issues," he said.

When he and his wife moved to The Villages, he turned to Aviv Clinics for their holistic treatment.

He received a mixture of HBOT, diet control, physical therapy, and counseling.

It's changed his life, but like a true leader, he doesn't want the credit.

“This is not about me. I am just an example, and probably a poor one, of what good results you can get by seeking treatment. There’s no shame in it. I have no shame in it," said Smith.

He went through the intense 12-week program five days a week for 2 to 3 hours a day.

Each person plays a series of games or exercises while receiving the oxygen.

"They call them games, but you can’t beat them. They’re exercises," he said.

Each exercise is tailored to each patient.

For Andy, there has a been a 30% increase in blood flow to the parts of his brain impacted by PTSD.

“I have had a shift in my metabolism, a shift in my general outlook on life, and I plan on doing more dives in the future. Space them out a little bit and come back for a touch up," Smith said.

Since this treatment for PTSD is so new, it's not covered by insurance.

However, Aviv is working with veterans associations and agencies to see if funding can be made available.