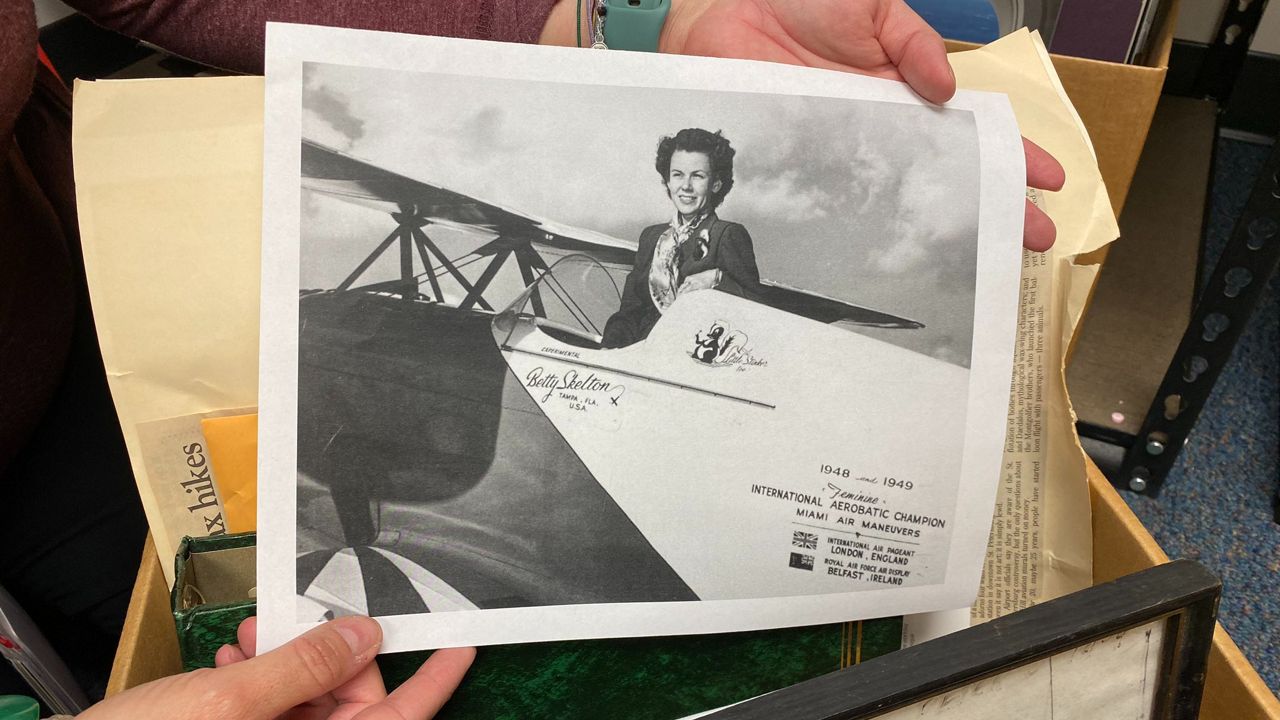 TAMPA, Fla. — Seventy-five years ago this week, Tampa held the world’s first ever all-woman air show at Peter O. Knight Airport. This weekend, they are recreating history in honor of one very special female pilot.

Sara Behnke was an intern at Tampa International Airport, researching our area’s airports for her assignment. She went all the way back to the 1940s, and that’s when she made an amazing discovery.

“I stumbled on it by accident, and rolled with it, and there are some really amazing women who performed that day, and one of them was Betty Skelton,” said Behnke.

It’s a piece of history no one knew about. She found a flyer from the world’s first all-woman air show held at Peter O. Knight Airport, where a group of female pilots raised scholarship money for other women in aviation, and where Betty stole the show.

“This is her, in her biplane, and it says Tampa Florida USA.  She got her pilot’s license out of Peter O. Knight Airport, and she went on to become the aerobatic champion,” said Behnke.

Behnke said through her deep dive into the archives, she learned all about Betty.  She was only 18 when she got her pilots license, her father managed the airport at the time, and he was very supportive of all her daredevil endeavors.

75 years ago this week, the first all-woman air show was held here in Tampa at the Peter O’Knight Airport & one local female pilot stole the show! Hear all about Betty Skelton, how @FlyTPA re-discovered her, and how the Gala will help future “Betty’s” @BN9 pic.twitter.com/lieUE72KgO

“She went on and became an aerobatic champion, and after that she was a professional race car driver with Chevy, she raced on Daytona Beach, and then she went on to train with the original Mercury Seven astronauts, the only female to ever successfully be trained.”

And while NASA hadn’t come around to female astronauts just yet, Behnke said Betty never let being a woman stop her. "Betty was known as the first lady of firsts, so I’m channeling her energy.”

Behnke, and the airport, will host a GALA this weekend, “Girls Achieving Leadership in Aviation,” to start their own scholarship fund for women and girls today.