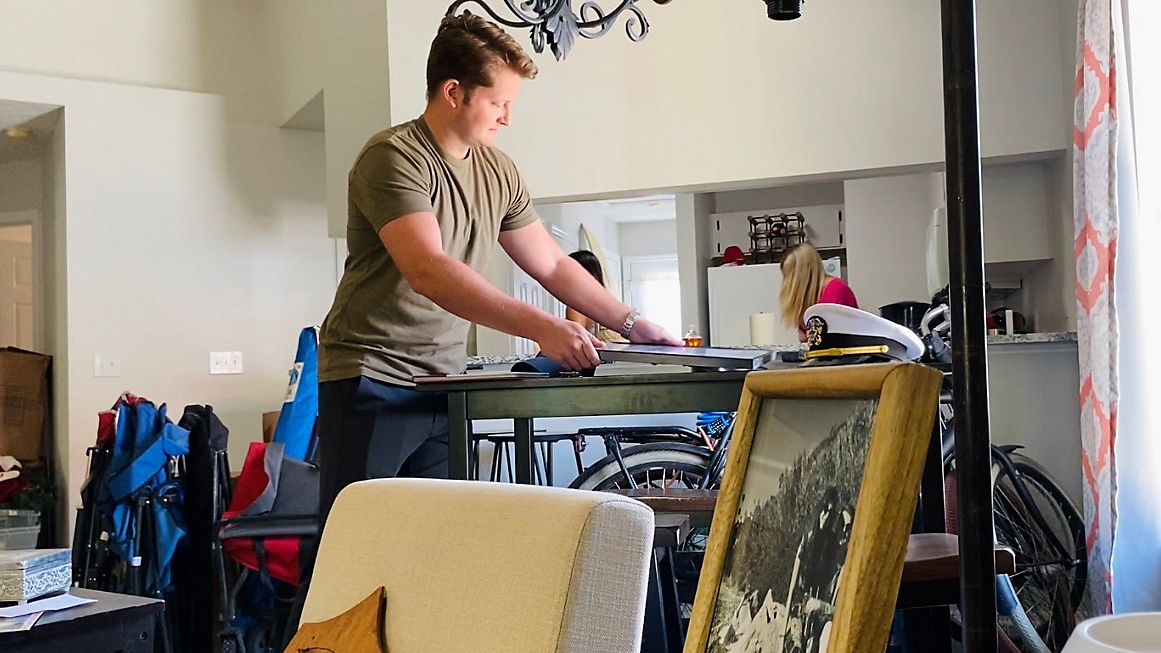 TAMPA, Fla. — As the real estate market in the Bay Area and across the country remains extremely aggressive, for our veterans it’s becoming even more difficult as they try to use one of their service benefits — the VA loan.

Ten months ago, Spectrum Bay News 9 first looked into this issue with an Army family selling their home in Tampa and moving to Austin, Texas.

“The first realtor that we spoke to, when we told her that we were choosing to use our VA loan, she said, ‘Well, you’re not going to be able to buy here. You’re going to need to rent for 6 to 12 months to see what the market does,’ and she didn’t speak to us anymore,” said Brandi Torres in an interview with Spectrum Bay News 9 back in May 2021.

They ended up selling their home in Tampa for more than $700,000, but she believes the realtor in Austin assumed they couldn’t afford a nice home because the VA Loan can be zero dollars down.

She ended up finding a new realtor in Texas, and they found a home.

Spectrum Bay News 9 caught back up with her realtor in Tampa, Sunny Alexander, who has made it her new “mission” to help veterans find their homes, especially when using the VA loan.

Alexander, a U.S. Army veteran and broker with Sentry Residential, said the main problems with the VA Loan are inventory and misconceptions.

“The inventory situation has not improved, it’s gotten worse,” she said. “Specifically, 36 percent worse. With low inventory, it’s always a challenge as a buyer using any loan.”

She said a lot of sellers and agents aren’t well versed in the VA Loan process.

“They don’t want their sellers to accept it because they feel there are a lot of extra steps, that the appraiser’s going to nitpick the property. That’s not the case,” said Alexander.

In the past 30 days, more than 2,000 homes were sold in Hillsborough County, but out of those, only 149 were VA loan buyers.

The number of veterans and active duty service members moving to the Bay Area hasn’t decreased.

Alexander says it’s an uphill battle, but the more she fights, the better the outcome is.

She keeps in touch with most of her military clients like Jorge Schuster.

“Trying to make sure everything gets put in the right place, and finally get moved in,” said Schuster as he spent time unpacking boxes in his new home in Port Tampa.

Schuster is a Navy veteran. He and his girlfriend just moved to Tampa from San Diego.

“There are a lot of misconceptions about the VA loan, and people that are selling tend to go with conventional or a cash buyer, but we did get very lucky here,” he said.

Their house wasn’t an easy find because some sellers didn’t accept his VA loan, and his appraisal came in low.

Alexander helped fight it, and got the appraisal raised by $10,000.

Schuster sold his home in San Diego to a VA buyer and got his buyout in less than 25 days.

“It really is a smooth and simple process, just as competitive as conventional or cash buyers,” he said.

Alexander said Schuster’s story is a good example of when the veteran wins in real estate.

She said other misconceptions are that the seller has to pay closing costs and that the VA Loan takes longer to close.

None of which is true.

Meanwhile, she continues to advocate for veterans, and she has gotten this issue on the radar of local and state lawmakers.