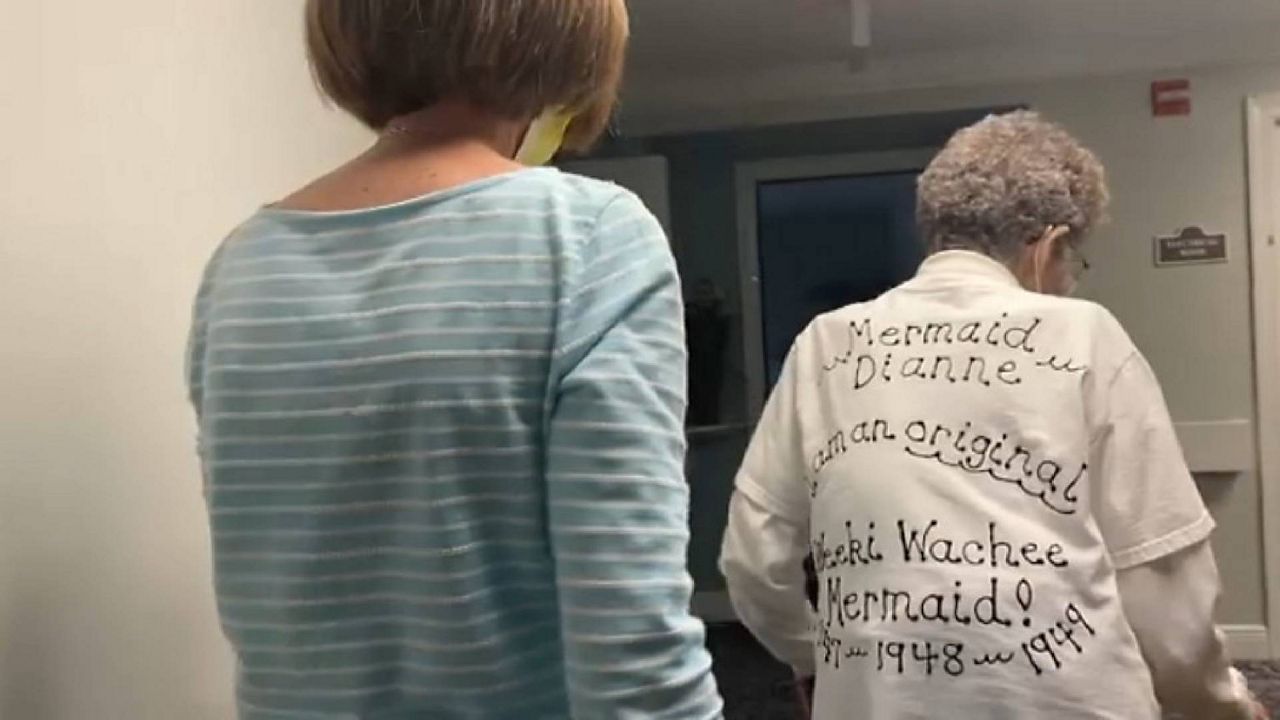 The first mermaid show was back in 1947. U.S. 19 was a two-lane dirt road, and swimmers didn’t have tails then and performed underwater ballet routines. Over the years, the show evolved to what we know today.

Dianne McDonald was a senior at St. Pete High School on the synchronized swim team when the team got the call to help build the first mermaid show.

“I remember, I remember the phone call we got from Newt Perry,” she told Bay News 9’s Katya Guillaume. “He wanted some swimming up there and we thought he wanted us going underwater real deep and everything.”

Dianne McDonald was one of the first mermaids at the @WeekiWacheeSpgs.

A lot's changed since that photo was taken.

Dianne is now 91-years-old and she took me down memory lane.

Swimmers didn’t know how to swim underwater — so the first few shows were ballet routines above the water.

“He watched that for 45 minutes and God love him, he says, ‘Girls, that was beautiful,’ but he says, ‘That’s not what I want.’ He says, ‘I need underwater swimming,’” said McDonald.

Back then, 17-year-old McDonald was fascinated by the famous 50s actress Esther Williams — known as the Million Dollar Mermaid.

“Beautiful swimmer and she was a movie star, and I just loved her and they did that in her movies,” McDonald said, so she learned how to swim underwater as well.

“Mary Dwight and I got together for some reason and we told them we will make sure we have underwater swimming,” she continued

It’s memories like these, now tucked away in photo albums that McDonald hangs on to and shares with her daughters.

“Goosebumps,” she said. “Wonderful, just really because I mean we had no idea what we were doing. We just thought we were swimming and enjoying everything that we did and making up poses to do underwater all the time.”

McDonald is now 91 years young — full of joy, full of memories, and hope that her legacy continues to live beyond her years.

The Weeki Wachee Springs State Park turns 75 in October and with a huge celebration in the works.

McDonald hopes to be able to swim on its anniversary for one last time.