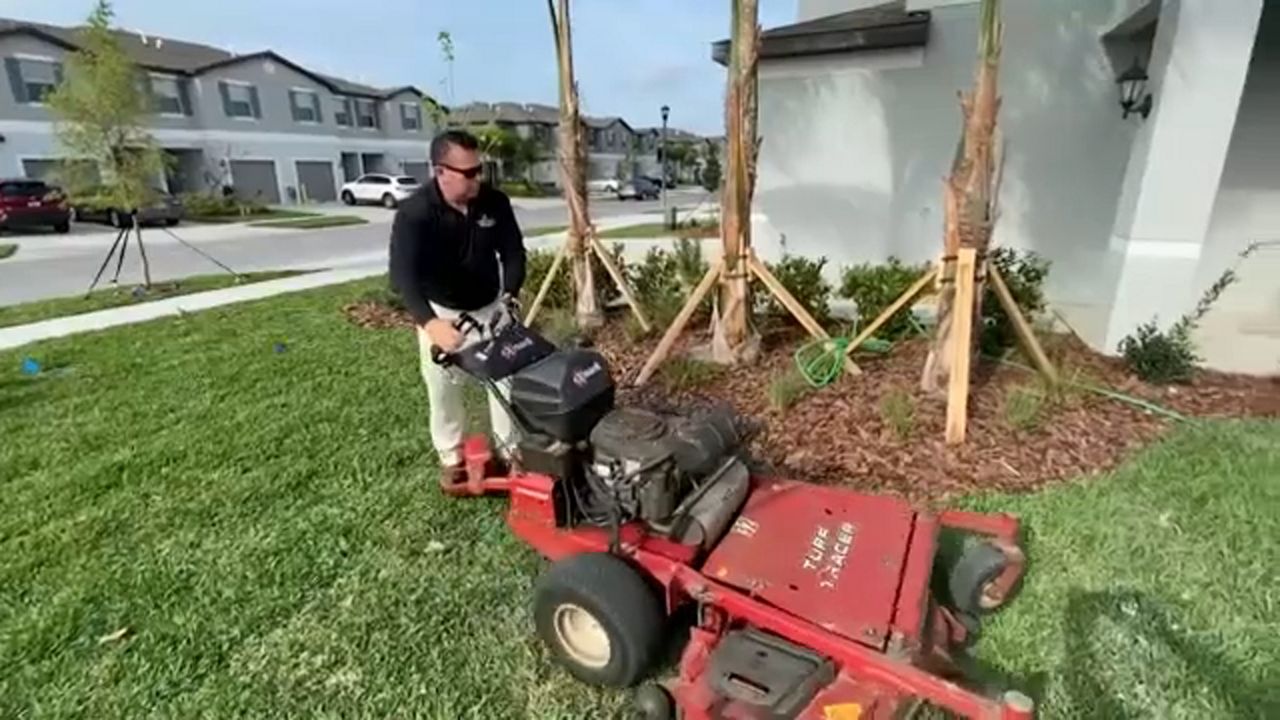 Gas prices have decreased slightly over the past week, but they are still 85 cents higher per gallon than they were 10 weeks ago.

We caught up with a pair of brothers with extensive experience in the landscaping industry who shared their plan on how they will offset the additional costs.

Peter Lucadano and his brother, Dave, run RedTree Landscape Systems and service Hernando all the way to Pinellas County.

“We grew up in a family business,” Peter said. “Our parents had a trucking business in Brooklyn, New York. We liked the idea of working for ourselves.”

These days, the brothers spend most of their time surveying the communities that they have under contract. Their company has seen a lot of positive changes and growth over the past 35 years.

But one of the biggest challenges they face now is gas prices.

They joke around and say the largest bills for a landscaping company is the payroll closely followed by the gas bill.

“We’ve gotta be probably 30 percent higher than we were three months ago,” Dave said.

The brothers are looking for ways to save to make up for the increase.

“We’ve consolidated our routes, we call it route density, and we’ve tried to consolidate a five-day work week into four days,” Dave said.

Adjusting within the company to ensure their customers do not have to see an increase in their bill is key for the brothers right now.